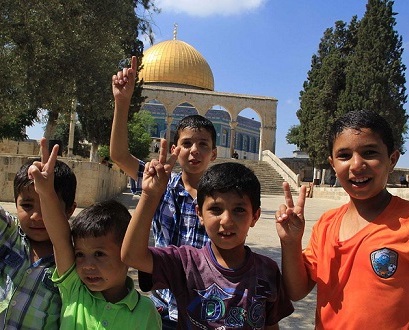 Since Friday April 22, Israeli occupation forces have been raiding the Al Aqsa mosque, attacking journalists and Palestinian worshipers with tear gas and stun grenades. Since Ramadan began on April 2, at least 14 Palestinians have been killed by Israeli forces. One of them was 16-year-old Mohammad Zakarneh, who was leaving his work at a produce shop in the city of Jenin and heading home to break his Ramadan fast when he was shot and killed by soldiers on Sunday, April 10. That is the same day that 47-year-old Ghada Sabateen, an unarmed mother of six, widowed and blind in one eye, was shot in the leg and left to bleed to death. Last Wednesday, 14-year-old Qusai Hamamrah was killed as Israeli forces used live ammunition against protestors. 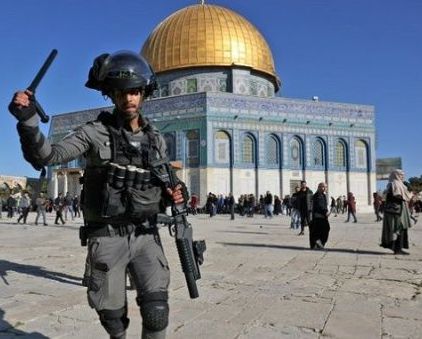 The Biden administration’s failure to act for Palestinian rights sends a message to Israel that it can continue its apartheid policies with impunity, raiding Palestinian homes in the middle of the night, shooting live ammunition at protestors, arresting hundreds, many without charges, and continuing the brutal siege on Gaza.

Add your name to our letter to the Biden administration.

They must condemn Israel’s current escalations and ongoing repression. U.S. military aid must be conditional — an immediate settlement freeze, lifting of the siege on Gaza, equal rights for all people in the Holy Land.

Next month marks one year since Israel’s last all-out war on Gaza. The May 2021 11-day assault killed over 250 people, including 67 children. Around 2,000 people were wounded as Israel bombed residential buildings, medical facilities, media centers and vital infrastructure. That war started with Israeli repression at Al Aqsa, just like we are seeing today. Tell the Biden administration to act before the next all-out massacre erupts.

P.S. Wear your CODEPINK peace mask to start conversations about peace and join us in D.C. this June to support the Poor People's Campaign and #CutThePentagon