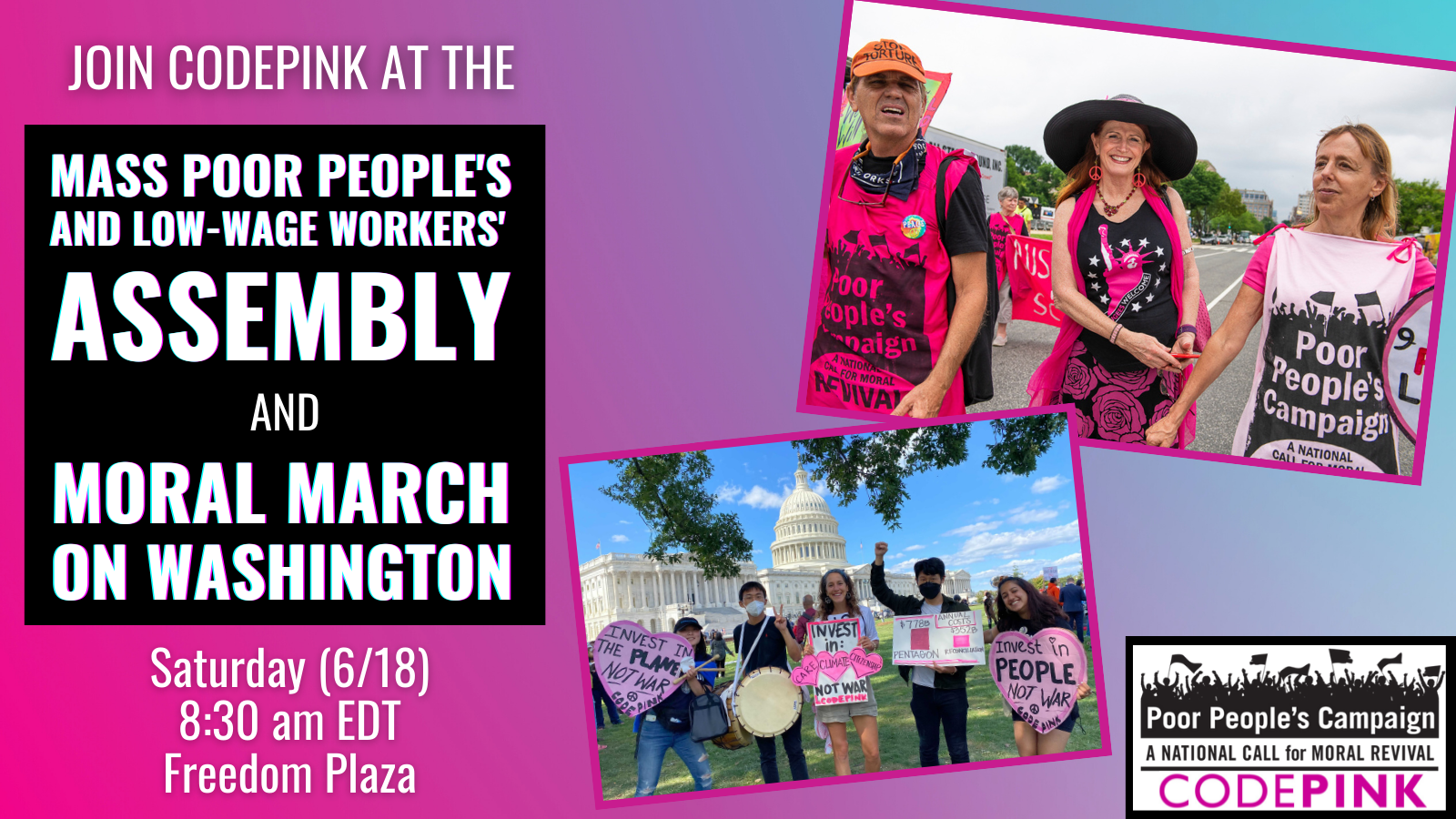 CODEPINK is a core partner for the Poor People's Campaign which is working to confront the interlocking evils of systemic racism, poverty, ecological devastation, militarism and the war economy, and the distorted moral narrative of religious nationalism.

That's why we're organizing a contingent to the June 18, 2022 Mass Poor People’s & Low-Wage Workers’ Assembly and Moral March on Washington which will be a generationally transformative and disruptive gathering of poor and low-wealth people, state leaders, faith communities, moral allies, unions and partnering organizations.

It is NOT just a day of action. It is a declaration of an ongoing, committed moral movement to 1) build power, 2) shift the political narrative and 3) make real policies to fully address poverty and low wealth from the bottom up.

The Assembly is a pulling point of organizing from fall 2021 to summer 2022 and will spring us toward the 2022 elections. All along the way, we will be doing MORE: Mobilizing, Organizing, Registering, Educating, Engaging and Empowering people for a movement that votes!

RSVP here so we can keep you updated with plans to get people to Washington D.C.! Click here for Frequently Asked Questions.