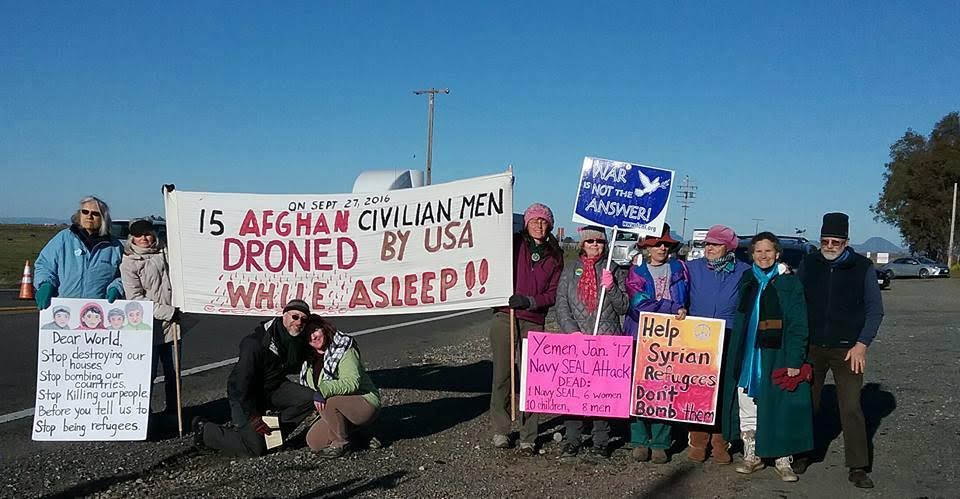 2 Other Activists were Arrested Yesterday while Sprinkling Ashes on the base to Represent the Symbolic Ashes of Innocents Incinerated by Drone missiles.

Anti-drone activists blocked traffic at the Main Gate into Beale AFB for over 30 minutes today, Tuesday, February 28, during early morning commute hour.  They stood across the gate entrance holding life-sized cardboard replicas of the 15 drone victims killed during a Sept. 27, 2016, U.S. drone strike in Eastern Afghanistan.  As traffic backed up behind the blockade, activists read the name, age and occupation of each of the 15 Afghan Civilian men who were killed that night while sleeping in their beds in Achin district, Afghanistan. The men had been gathered to welcome a friend/relative returning from his hajj, or sacred pilgrimage to Mecca.  13 others were injured in the drone attack. The drone deaths included a 26 yr. old teacher,  a 70 yr. old village elder, a 30 yr. old principal, and laborers and farmers of varying ages, as well as a 17 yr. old youth according to a human rights organization based in Afghanistan.  Activists were trying to humanize the lives of the victims that are so often kept anonymous by the media.  Many of the activists gave heartfelt personal statements to the base personnel that witnessed the action. Four activists were later arrested for trespassing as they entered the base.  One was trying to deliver a group letter to the base commander, expressing opposition to the unlawful drone assassination program.

Yesterday afternoon, two days before Ash Wednesday, 2 other activists were arrested while sprinkling ashes on the base to symbolize the ashes of the innocent people in faraway lands incinerated by remotely controlled drones.  All those arrested on Mon. and Tues. were cited and released the same day.  Northern California activists, incl. CODEPINK and Veterans for Peace members, gather at Beale AFB monthly to oppose the U.S. drone killing and the state of perpetual wars perpetrated by U.S. foreign policy.  Beale controls the Global Hawk surveillance drone which is integral to the secretive and unlawful targeted killing program. 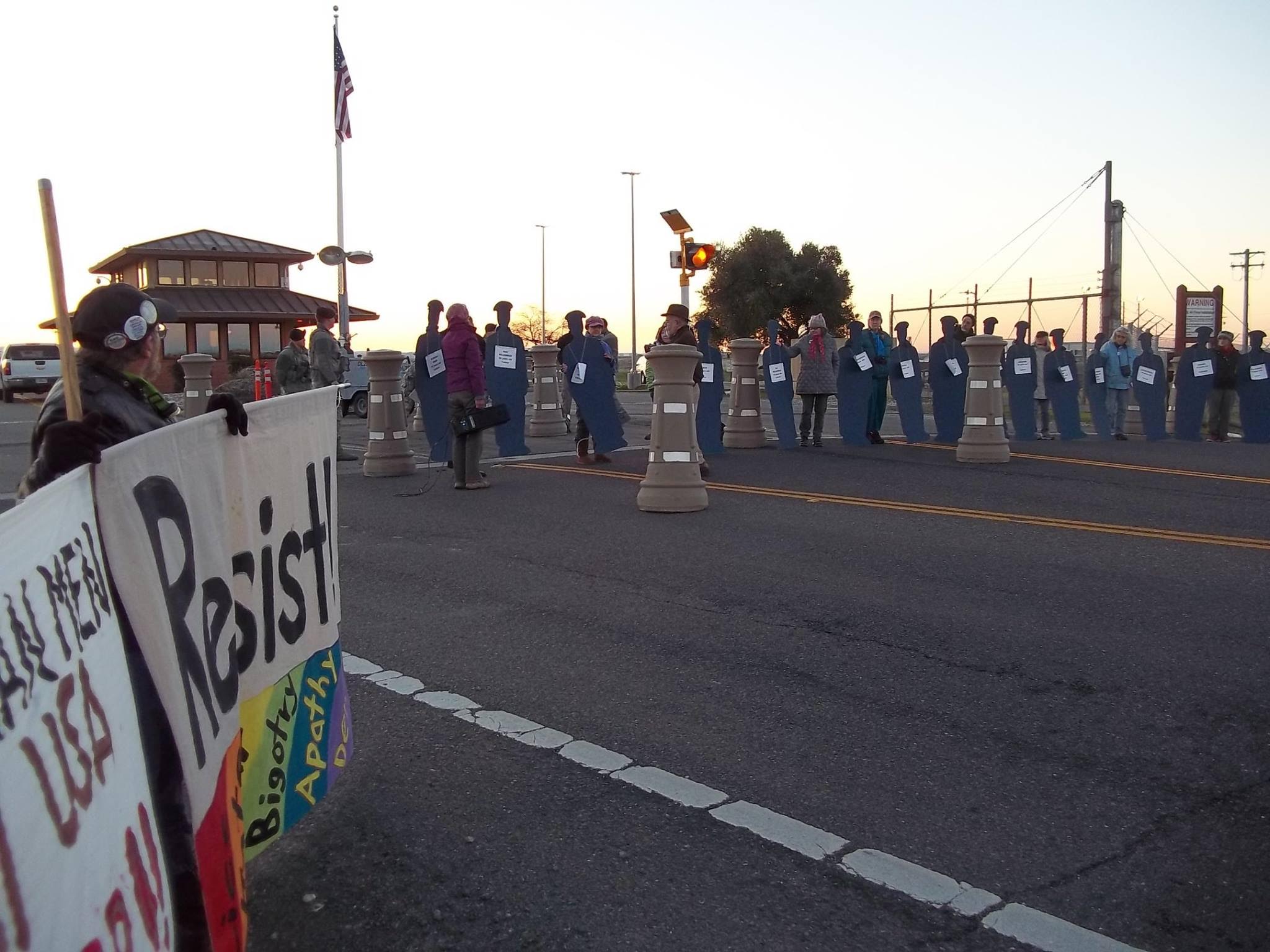 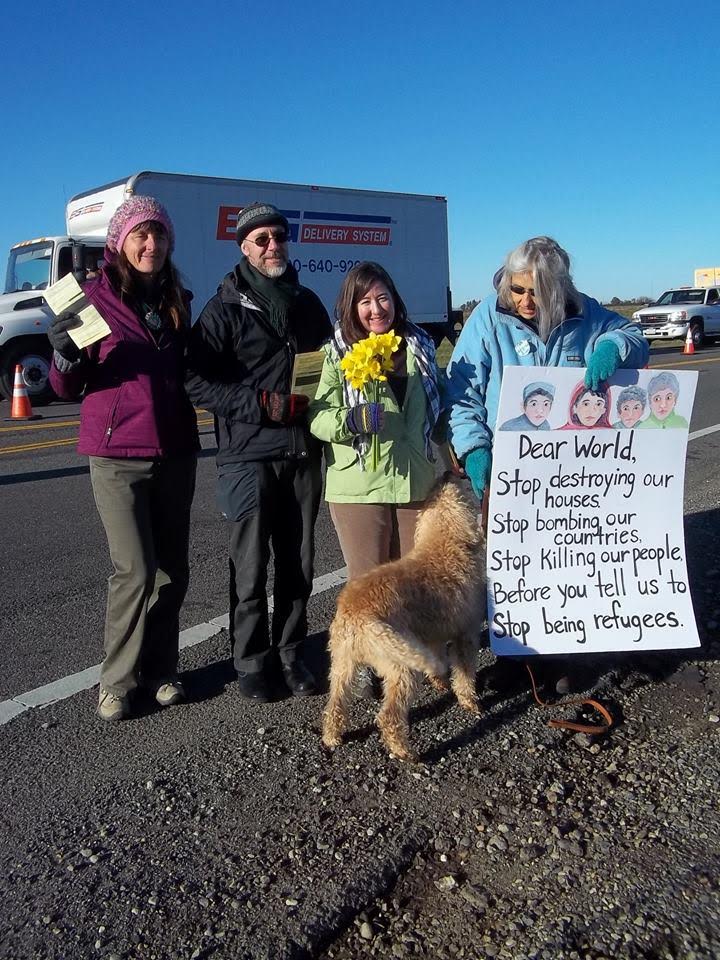 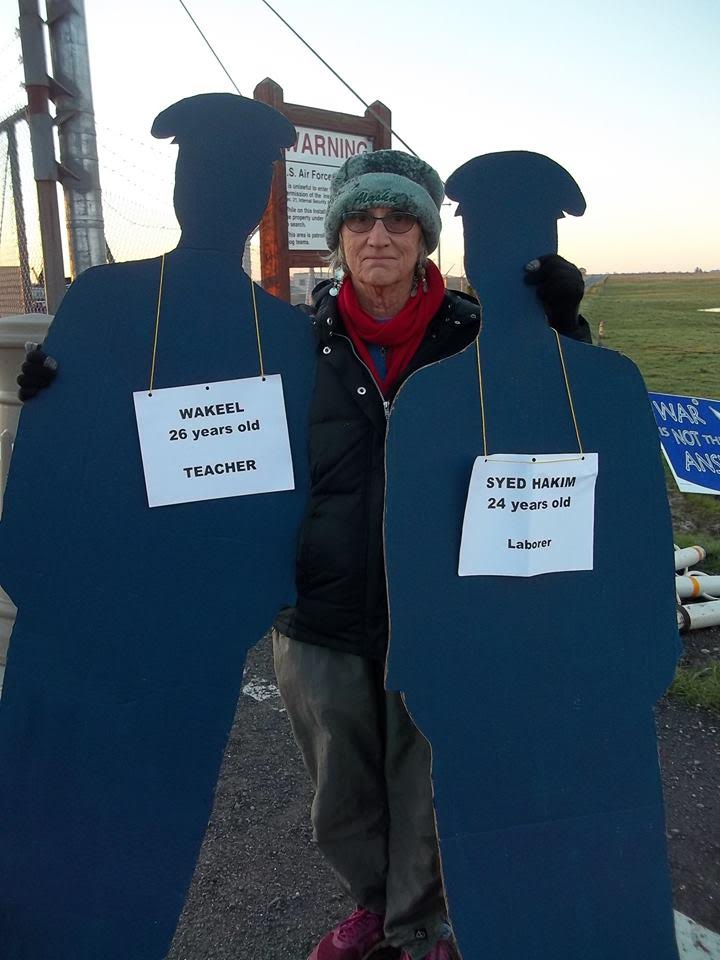