Stop Line 3 Protest at the US Army Corps Of Engineers 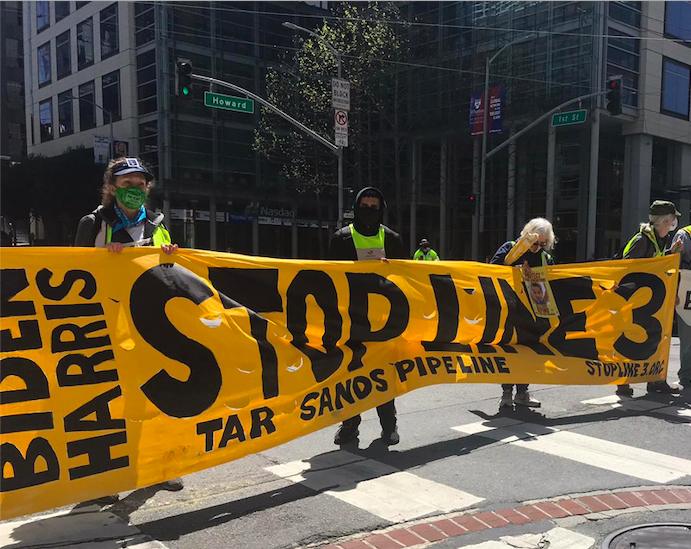 Join us in protesting for Biden to #StopLine3 and to demand the Army Corp of Engineers revoke the permit now!

CODEPINK joins a coalition of Bay Area climate justice activists to bring the message to Biden and the Corp that it is time to Stop Line 3! CODEPINK's Nancy Mancias and Cynthia Papermaster will be speaking.

Support Indigenous communities in Minnesota who are putting their bodies on the line trying to defend their home from the construction of the Line 3 tar sands pipeline!