Tell the State Department to Stop the Home Thefts in Sheikh Jarrah! 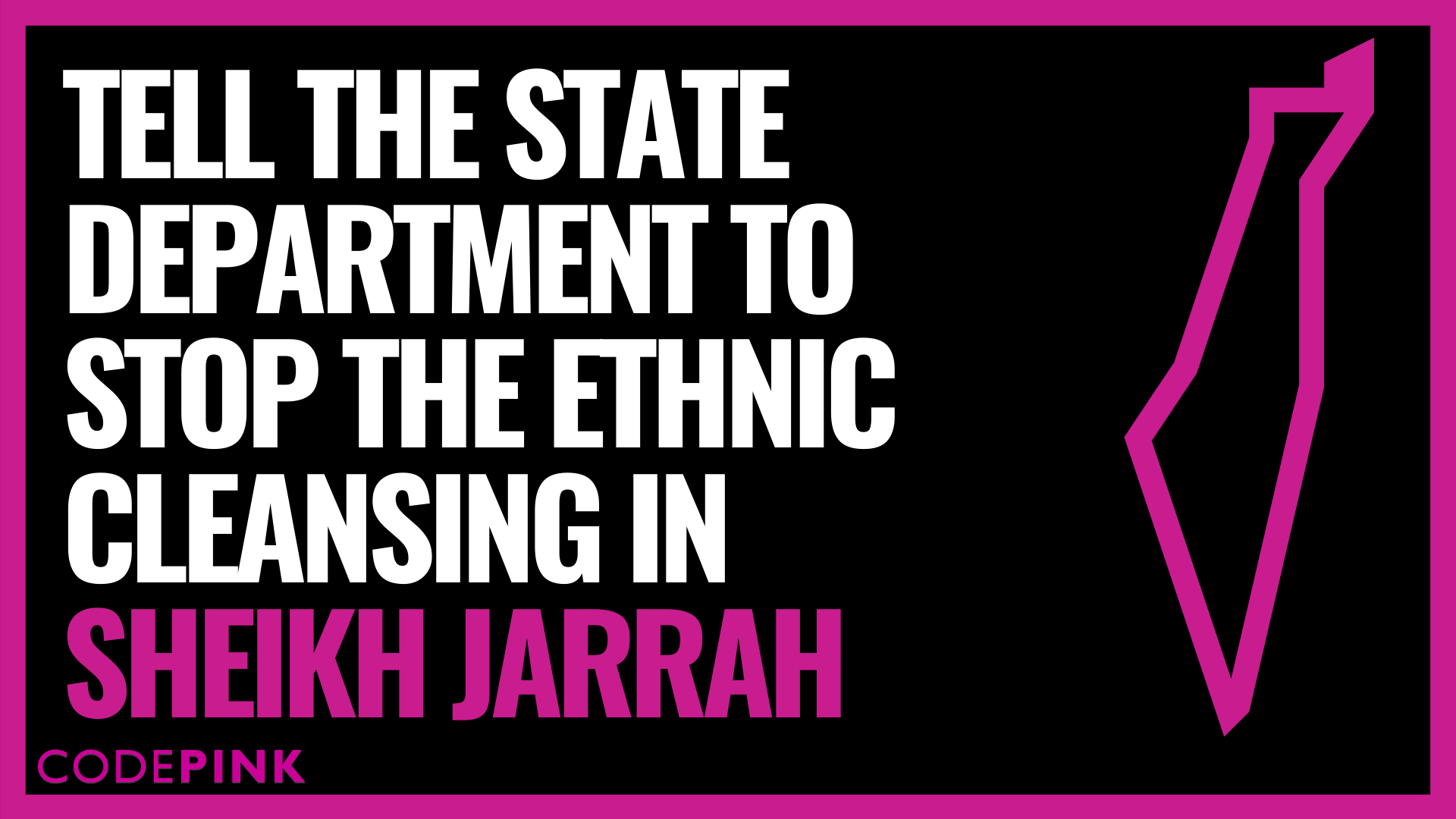 Israel is still allowing settlers to steal Palestinian homes in East Jerusalem! Tell the State Department and Secretary Blinken to pressure Israel to stop the theft of Palestinian land and homes.

We, the undersigned are asking that you call on Israel to stop the forced evictions of Palestinian families in the East Jerusalem neighborhoods of Sheikh Jarrah and Silwan. The United States has a close relationship with Israel, one that enables Israel’s apartheid policies and land theft.

On Monday June 7th,  Israeli attorney general, Avichai Mendelblit, informed the Supreme Court that he would not be intervening in the Sheikh Jarrah eviction cases, clearing the way for Israel’s Supreme Court to issue its ruling in the coming days or weeks. There is little chance the Supreme Court won’t uphold the lower court’s ruling to evict the families from their homes. The State Department must pressure Israel to stop these home thefts.

The US gives Israel $3.8 billion a year and is home to the Nahalat Shimon settler real estate company. So, the US has lots of leverage to tell Israel to stop the Sheik Jarrah evictions, as well as the evictions they are now trying to carry out in other East Jerusalem neighborhoods.

Prior to the Nakba (the 1948 ethnic cleansing of over 750,000 Palestinians to establish the state of Israel), two Jewish trusts purchased a plot of land in the  Sheikh Jarrah neighborhood of East Jerusalem. During the ethnic cleansing that established Israel, The Jewish families living there left for West Jerusalem as that section of the city became part of the new state of Israel and East Jerusalem came under Jordanian and UN control. In 1956, Jordan and the UN Relief and Works Agency for Palestine Refugees resettled 28 Palestinian families who had been forced out of their homes inside the new state of Israel into the Sheik Jarrah. In exchange for giving up their rightful refugee status, the 28 families were to receive ownership of the Sheikh Jarrah properties, but they never got the deeds and now Israel claims that the properties belonged to the Jewish trusts who later sold them to Nahalat Shimon, a real-estate company registered in the US state of Delaware, whose mission is to remove Palestinians from East Jerusalem and replace them with Jews.

On May 10, 2021, State Department spokesperson Ned Price said, “We are also deeply concerned about the potential eviction of Palestinian families in Sheikh Jarrah and Silwan neighborhoods of Jerusalem, many of whom have lived in their homes for generations.” We are calling on you to put these words into action, and actually stop Israel from stealing more Palestinian homes. We look forward to seeing how you implement these demands.