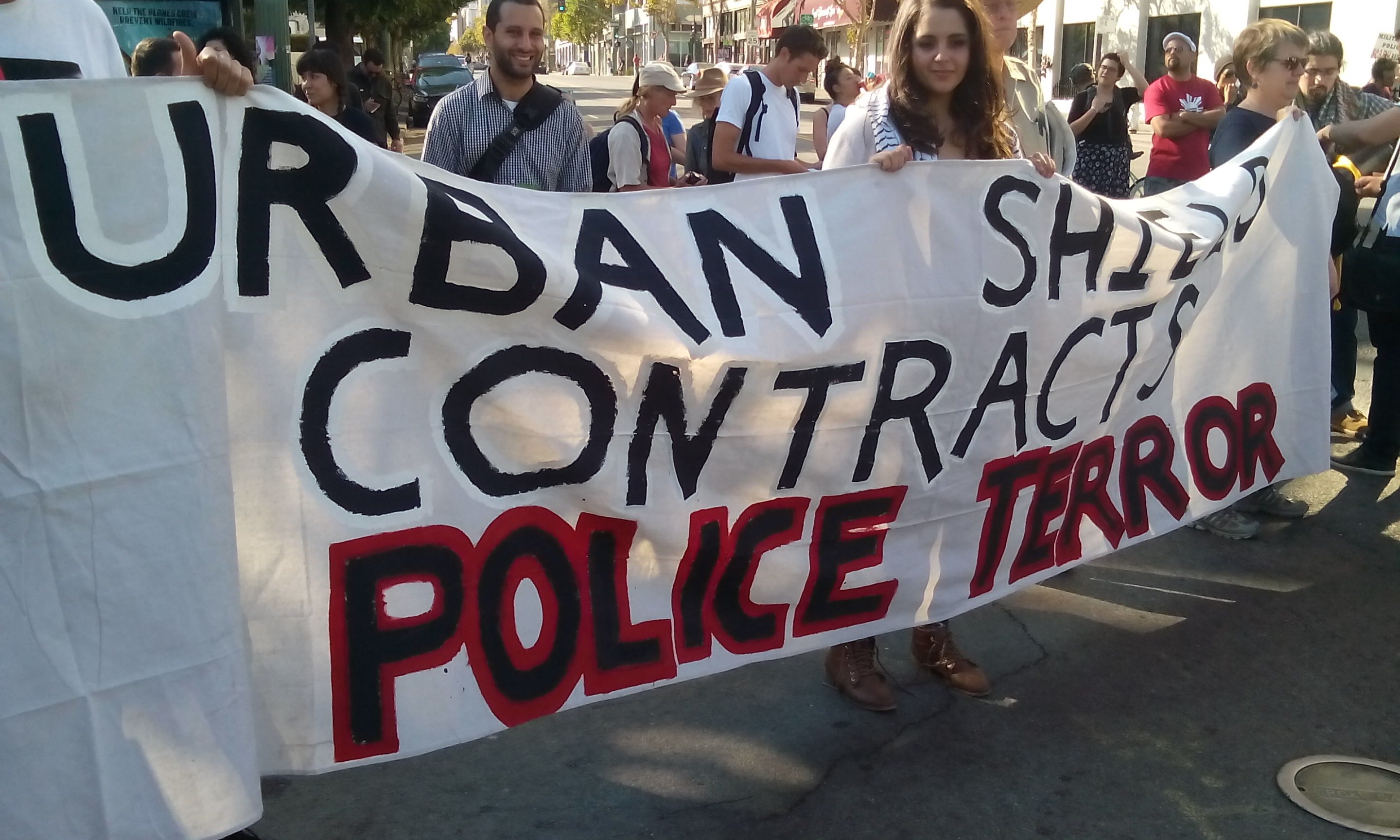 Urban shield is mostly funded by Department of Homeland Security through UASI. A look at excerpts from Urban Shield's website show that this is about escalating violence and not finding peaceful solutions to problems.

"Urban Shield has grown into a comprehensive, full-scale regional preparedness exercise assessing the overall Bay Area UASI Region's response capabilities related to multi-discipline planning, policies, procedures, organization, equipment and training. Urban Shield continues to test regional integrated systems for prevention, protection, response and recovery in our high-threat, high-density urban area. The exercise evaluates our existing level of preparedness and capabilities, identifying not only what we do well, but areas in need of improvement."

Urban Shield arises out of the incorrect assumption that suppression methods, such as the Wars on Drugs and Terror, as well as profiling tactics such as gang injunctions reduce violence in our communities. In fact, the opposite is true. The militarization of police and increased use of suppression tactics in schools, prisons, at the border, in our streets and against our youth are counterproductive to community well-being. Spending billions of dollars to militarize police agencies is deeply misguided.

“Stop Urban Shield,” a coalition of groups, has formed to put an end to Urban Shield and it's organizing efforts in three regions across the US. We are looking for support locally and nationally.

What you can do:

1. Identify people and/or organizations with an interest in stopping Urban Shield. Perhaps you know someone who lives in an impacted region or you have friends or contacts we could pursue. Sympathetic synagogues, churches, peace groups, mosques, domestic violence centers, etc. are good candidates.

2. Spread the word on social media by following Stop Urban Shield on Facebook.

3. Write a Letter to the Editor to inform your community about Urban Shield's shady operations.

4. Prepare to organize! Urban Shield will be back in Alameda County September 9-12th.

Check out the Flickr set from Urban Shield 2015 in Pleasanton, CA, September 11th through September 14th.