Stop the Criminalization of Social Movements in Brazil 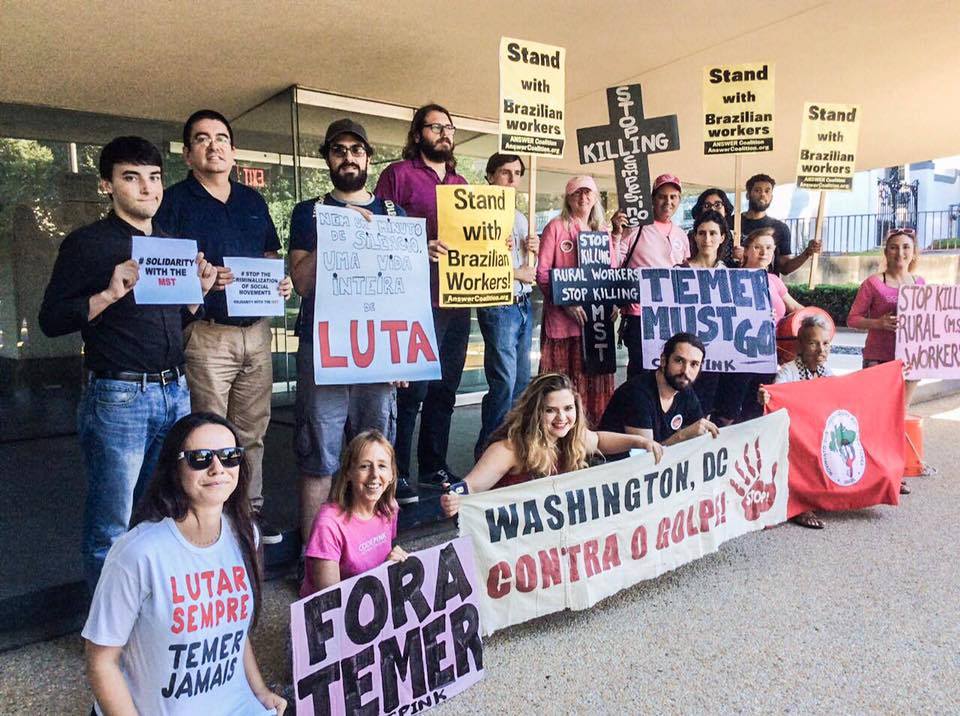 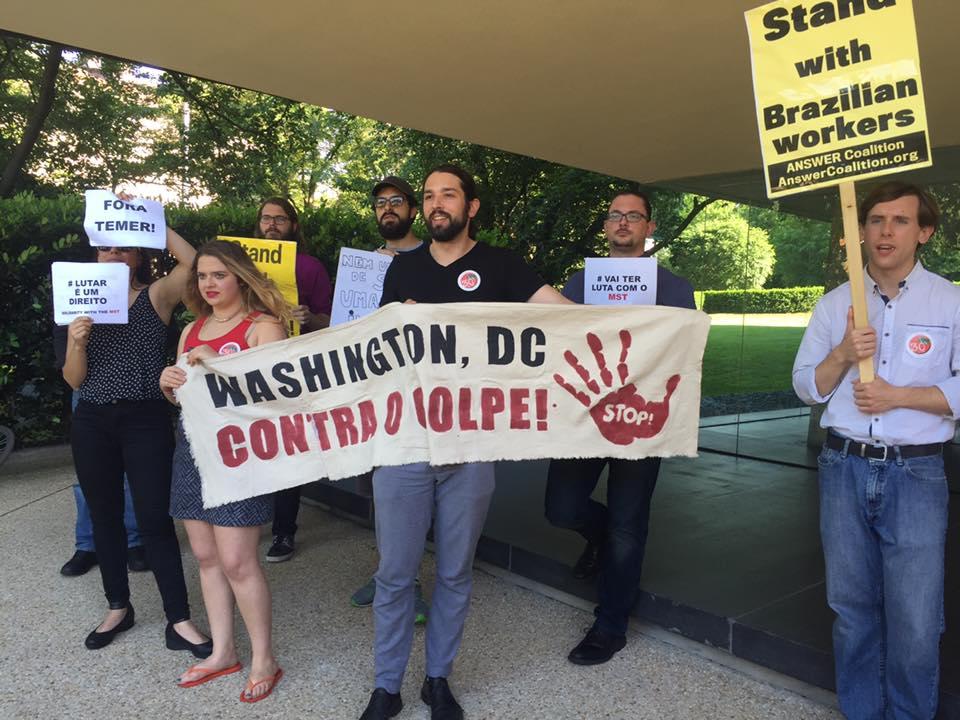 We denounce the regressive labor reforms imposed upon the country by the unelected government of Michel Temer. We also denounce the violent oppression of civilians, workers and students who were protesting against the government in the streets of Brasilia on May 24. On that occasion, the unelected Temer enacted a presidential Decree calling in the Military Armed Forces to use repressive measures against the 200,000 protesters. The security forces attacked peaceful civilians with tear gas, flash bombs and firearms. We condemn Temer’s acts and declare that calling in the Military Armed forces and carrying out violent attacks against protesters is inadmissible and repugnant. Furthermore, we strongly defend the civilian rights of freedom of expression, bodily integrity, dignity and personal security. 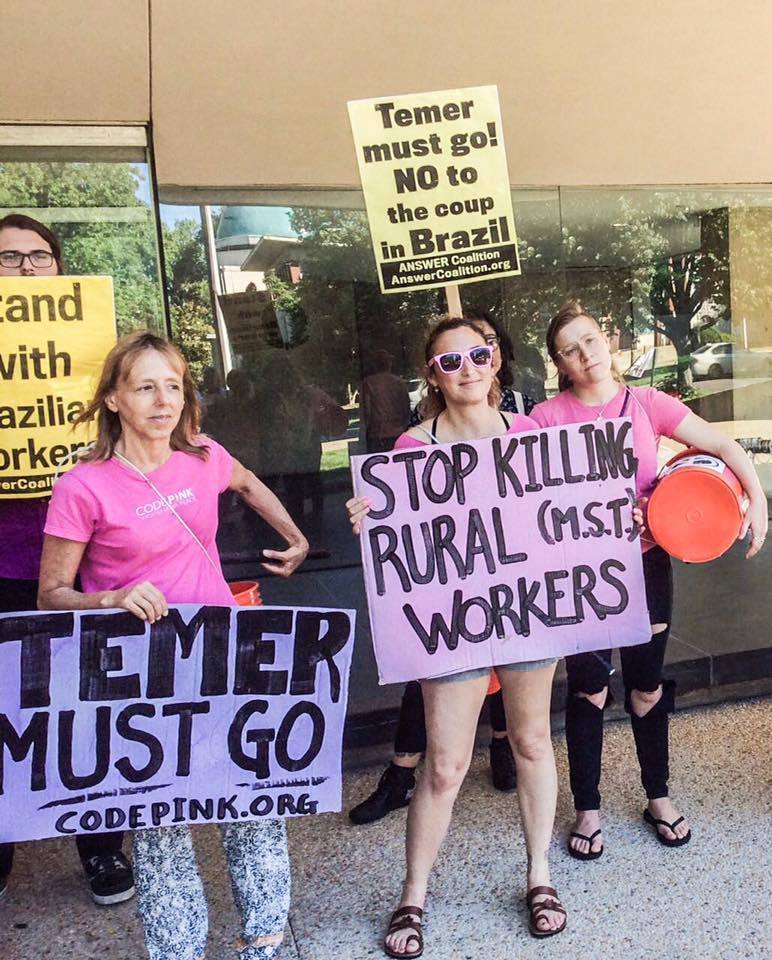 The illegitimate government has also increased the oppression of social and workers movements. We condemn the criminalization of social movements in the country, and the killings of rural workers fighting for their constitutional right to land ownership. We also denounce the increased state violence and the human rights abuses of vulnerable populations. Among many others, we refer to the attack in the State of Maranhão, which left 16 indigenous people injured, including 3 who had their hands mutilated.

Violence against popular movements in Brazil has been escalating at an unprecedented rate. A report from the Comissão Pastoral da Terra (CPT) shows that in 2015, 50 rural workers were killed in conflicts related to land reform. In 2016, 61 activists were murdered due to land conflicts and in the first five months of 2017 alone, 36 people have already been killed. On May 24, security forces attacked a group of rural workers, killing 10 people. Survivors reportedly said that the rural workers were tortured by the police before being assassinated. This is the second bloodiest attack in history of the Brazilian Landless Workers Movement (MST). The first one, known as "Massacre de Eldorado dos Carajás", occurred in 1996 and left 17 activists dead and many more injured. The Brazilian mainstream media is blatantly ignoring these massacres. 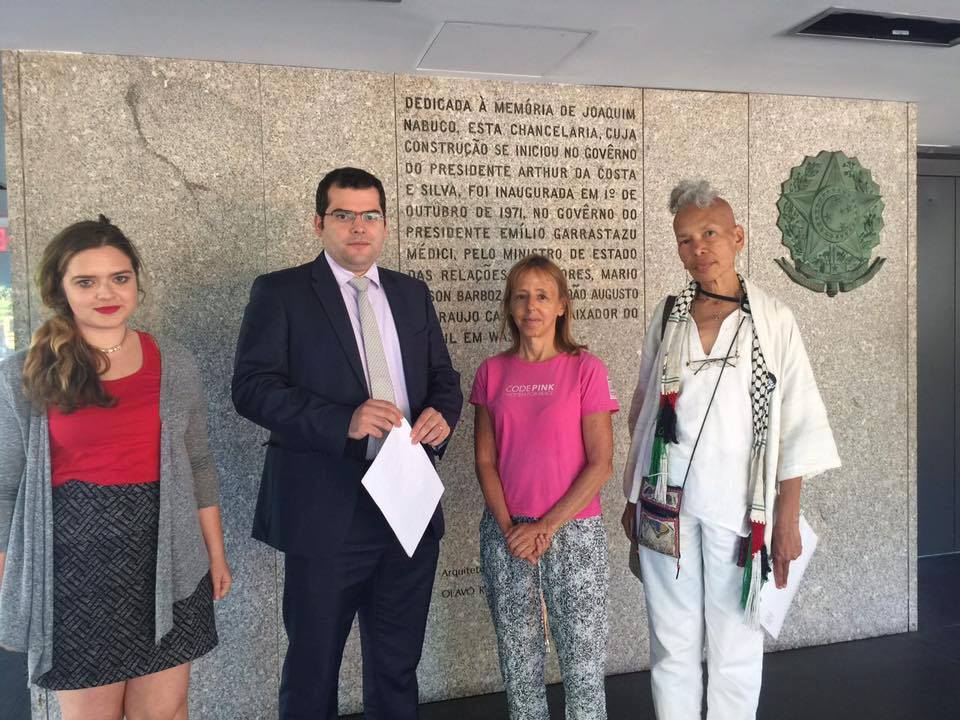 The unjustified incarceration and persecution of protesters, members of the Landless Rural Workers Movement (MST) and other social activists reflects a clear intention of state forces to criminalize social justice movements in Brazil, in the context of the resurgence of the conservative forces during the impeachment process against Dilma Rousseff. What we see today in Brazil is a clear expression of the class struggle in the country, deeply rooted in its colonial past. We stand in solidarity with the Landless Rural Workers Movement (MST) and with the Brazilian people. We demand the return of democracy in Brazil and the right to direct elections.