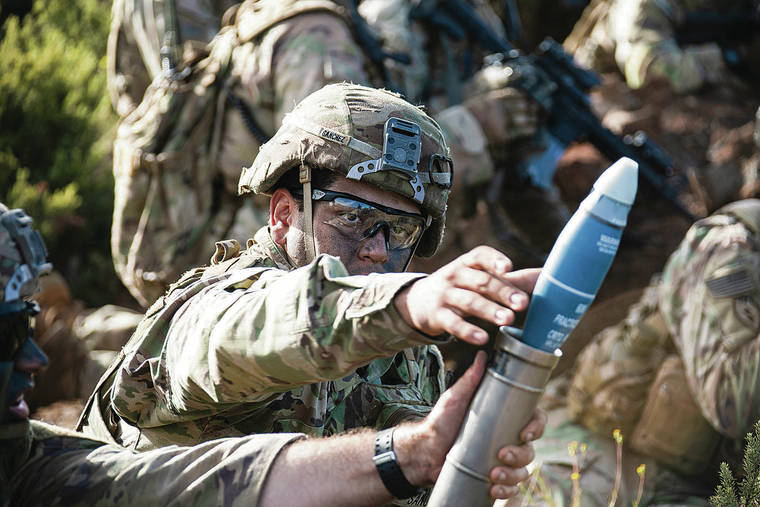 As a concerned Hawaii citizen, I call on the governor of the state of Hawaii and on the chairperson and board of the state Department of Land and Natural Resources (DLNR) to terminate the lease of 23,000 acres of Hawaii public trust land at Pohakuloa Training Area to the U.S. Army.

This land was leased for $1 to the Army in 1964 for a term of 65-years. In violation of the terms of the lease, the Army has damaged native ecosystems, left unexploded ordnance, depleted uranium and other contaminants, and harmed Native Hawaiian cultural sites.

Although the lease expires in 2029, the U.S. military is seeking to renew the lease as quickly as possible.

The U.S. military wants to extend the lease on the 23,000 acres of state of Hawaii property at Pohakuloa Training Area (PTA) as it provides access to the 110,000 acres of adjacent U.S. federal government-owned land at the largest U.S. military firing range. The Army calls the 132,000-acre range on Hawaii island the “Pacific’s premier training area.”

PTA, with a 51,000-acre “impact area,” is used heavily by Hawaii-based and visiting international military forces. It is the largest live-fire range in Hawaii and supports full-scale combined arms field training from the squad to brigade (approximately 3,500 soldiers) level.

Hawaiian cultural practitioners Clarence Ku Ching and Mary Maxine Kahaulelio filed suit against the state DLNR in 2014, claiming the state breached its trust duties by failing to enforce the lease.

Four years later, state Circuit Judge Gary Chang ruled in 2018 in Ching and Kahaulelio’s lawsuit that the DLNR failed to care for the Big Island property, lacking inspections over the first nearly 50 years of the lease. The judge said that the state has a duty to “malama ‘aina,” called two DLNR inspection reports “grossly inadequate,” and ordered the state to develop and potentially execute a plan to obtain adequate funding for a compre­hensive cleanup of the land.

After Judge Chang’s order, DLNR said that as the landlord of the property, it would work with the Army to develop a formal inspection, monitoring and reporting process, which has been virtually nonexistent. However, the Hawaii Supreme Court later overturned part of the order.

The Army set a 40-day public “scoping” period for the environment impact statement (EIS) that ends Oct. 14, this Wednesday. If you think it is time for the state of Hawaii to get its 23,000 acres back from the federal government, submit written comments via the EIS website at 808ne.ws/357ek2V.