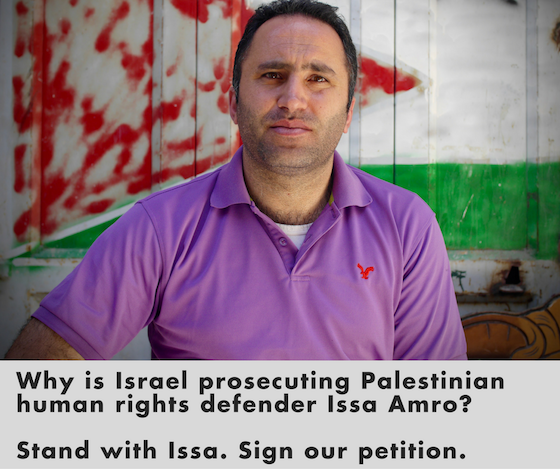 Palestinian activist Issa Amro, who has been recognized as a human rights defender by the European Union and the United Nations, is facing an Israeli military “trial” on November 23. Mr. Amro’s case is an example of widespread targeting of human rights activists using old and exaggerated charges in a military court system whose conviction rate for Palestinians is over 99%. As civil and human rights advocates and faith groups, we ask that you call on the Israeli government to drop the politically-motivated charges against Issa Amro and other human rights activists.