Slow and Unsteady: The Path to Justice for Victims of 9/11 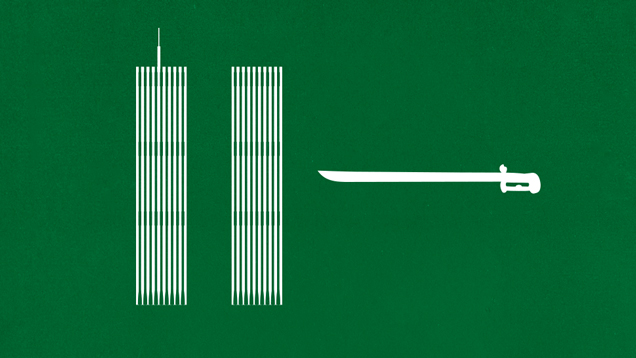 As our summer draws to a close and ushers in a cool and rainy September, there is a solemn chill in the air marking the approaching anniversary of the infamous attacks on the World Trade Center that took place September 11th, 2001 – nearly sixteen years ago. The memories are still fresh for the survivors and the family members of victims who are to this day living with their losses while continuing to fight for accountability through both the military court in Guantanamo, where individuals involved in the attacks have been tried or are still facing painstakingly slow trials. This upcoming sixteenth anniversary of 9/11 will be the first time since the attacks that the families now have another legal recourse for seeking accountability not only from individuals but from a nation involved in the attack: Saudi Arabia.

Introduced in the Senate on September 16th, 2015, the Justice Against Sponsors of Terrorism Act (JASTA) removed a major roadblock to justice by opening the way for private US citizens to file suit against the Saudi government, which was previously protected by the blanket immunity given to foreign governments. There is much that we do not yet know about what went on behind closed doors with regard to the orchestration of the 9/11 attacks, but the declassification of the portion of the 2002 Congressional Joint Inquiry known as the 28 pages on July 15th, 2016, after 14 years of secrecy, offered the preliminary hope of some much-needed answers. Of the 19 total hijackers who carried out the attacks, 15 were from Saudi Arabia, and evidence contained within the 28 pages pointed to financial connections between these individuals and members of the Saudi government.

Curiously, however, Saudi Arabia’s suspected culpability in the attacks has not been reflected in US response. From the War on Terror in Iraq and Afghanistan to President Trump’s attempted travel ban affecting a list of seven Muslim-majority countries—from which Saudi Arabia is notably absent, it would appear that our government’s enthusiasm for retaliation against “Islamic terror” has a blind spot in the shape of the US alliance with Saudi Arabia.

Getting at the truth of the extent to which the Saudi government sponsored and aided in the attacks is a vital step towards justice and closure for families that, until JASTA, had the power of foreign sovereign immunity standing in its way. Despite fierce opposition from Saudi lobbyists and a presidential veto that argued that it would invite similar lawsuits against the United States government from victims of US war crimes, JASTA was successfully passed into law on September 28th, 2016. Only two days later, the first lawsuit under this new act went forward. DeSimone v. The Kingdom of Saudi Arabia, filed by the widow of US Navy Commander Patrick Dunn, set the precedent for many other lawsuits of its kind to follow.

While some JASTA lawsuits came from single individuals or families as in the case of DeSimone v. The Kingdom of Saudi Arabia, others were filed in the form of consolidated complaints with hundreds of plaintiffs issuing shared demands. Ashton et al v. The Kingdom of Saudi Arabia is one of the largest class action lawsuits of this kind, sporting the names of over 800 family members and 1500 survivors. Filed March 20th, 2017, the lawsuit as of the time of this publication is contending with a motion filed by Saudi Arabia to dismiss it from the court. Lawyers for the plaintiffs have until October 2nd to submit documents opposing the motion.

It would appear that the road to justice for 9/11 victims has not been fully cleared of obstructions. Even as cases facilitated by the passing of JASTA move forward in the courts, plaintiffs continue to be faced with powerful interests that insist on dismissing questions before they can be answered. On September 11th, 2017, a rally will be held at the Embassy of Saudi Arabia in Washington, DC to call public attention to the suppression of justice inherent in Saudi Arabia’s various bids to dodge accountability. Consider attending the rally as a show of solidarity with those whose lives have been touched so profoundly and permanently by this event.