“If There Are Enough Shovels to Go Around”: Surviving the Nuclear Threat 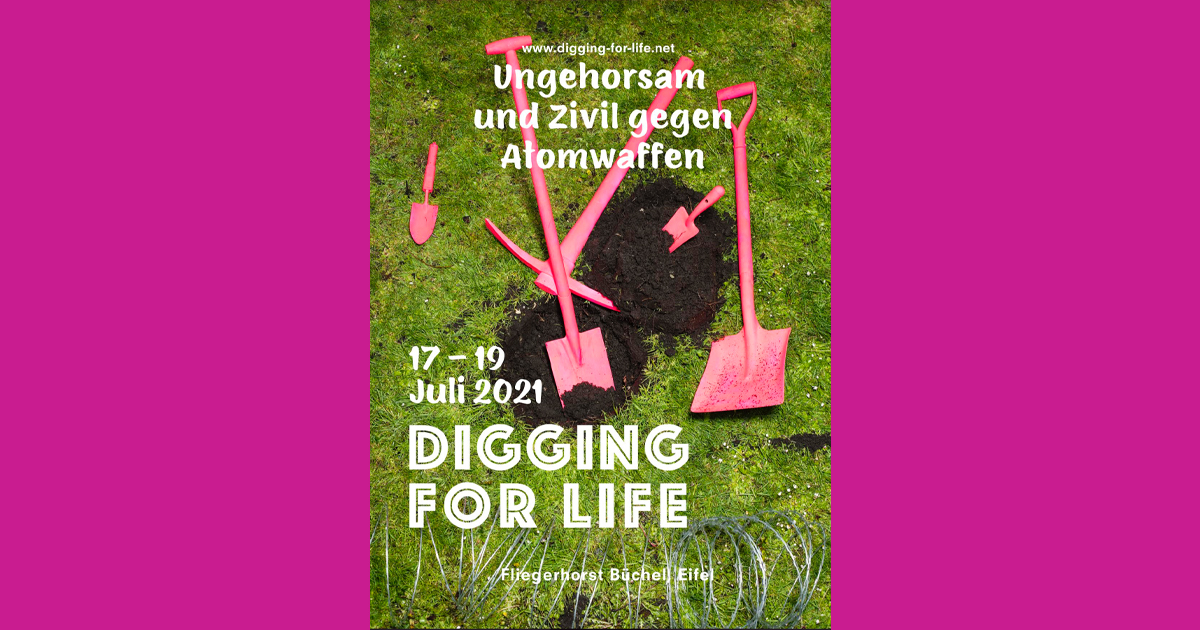 "Dig a hole, cover it with a couple of doors and then throw three feet of dirt on top. . . . It's the dirt that does it. . . . . If there are enough shovels to go around, everybody's going to make it." This bit of cheery advice was offered by Thomas K. ("T.K.") Jones, Deputy Undersecretary of Defense for Research and Engineering, Strategic and Theater Nuclear Forces in a 1982 interview with Robert Scheer of The Los Angeles Times. Jones’ assurance that a nuclear exchange with the Soviet Union could be survived with a little sweat and ingenuity, allowing for two to four years recovery time, reflected the optimism of his boss, President Ronald Reagan, before Soviet Premier Mikhail Gorbachev talked some sense into him.

The conviction that the U.S. could win a nuclear war was key to the nuclear policy early in the Reagan administration. Not only could such a war be survived, it would present a potential opportunity for the victor. With the deployment of Pershing II and other tactical nuclear weapons, the U.S. and the Soviets might even conduct a nuclear exchange confined to Europe, entirely outside their borders. “I could see where you could have the exchange of tactical (nuclear) weapons against troops in the field without it bringing either one of the major powers to pushing the button," Reagan suggested in 1981.

While the best hopes around Reagan’s and Gorbachev’s Reykjavik summit of October 1986 for the elimination of nuclear weapons were never realized, the more modest areas of agreement defined there may have at least given us extra time. Stanley Kubrick’s 1964 dark comedy, “Dr. Strangelove or: How I Learned to Stop Worrying and Love the Bomb” was hardly fiction at all, we now know and it is astonishing that humanity survived the cold war.

There is a resurgence of the delusional belief in the winnable nuclear war by U.S. war planners, evidenced in the June, 2019, report by the Joint Chiefs of Staff, “Nuclear Operations,” that again threatens life on this planet. “Using nuclear weapons could create conditions for decisive results and the restoration of strategic stability,” the joint chiefs’ document says. “Specifically, the use of a nuclear weapon will fundamentally change the scope of a battle and create conditions that affect how commanders will prevail in conflict.” In the early 1980s, when Ronald Reagan and T.K. Jones revealed the insanity of U.S. war plans, millions of people around the world took to the streets in protest. Their massive dissent was at least as decisive in stepping back from the brink of destruction as Reagan’s and Gorbachev’s détente. The present relapse into madness, on the other hand, seems to “alarm” only a few “experts.”

While T.K. Jones’ plan to dig holes to survive a nuclear war really amounted to nothing more than incipient victims digging their own graves, international activists are giving a new, hopeful and proactive meaning to the concept of having enough shovels to survive a nuclear war. “Digging for Life” is an action idea for Büchel Air Base in Germany near Cochem on the Mosel River, for July 19, 2021.

At the Büchel Air Base, about 20 U.S. nuclear bombs are stored, which NATO wants to replace in the coming years with new B61-12 bombs. Around the airbase there is a highly armed fence with surveillance cameras, motion sensors and a deep concrete foundation. Previous civil disobedience actions there deliberately cut through the perimeter fence, but this time activists will not go through the fence, but under it. The activists converging on the base with shovels painted pink will not be digging holes to hide and die in. Their goal will be to reach the runway and prevent the launching of Tornado fighter bombers to practice nuclear war.

“We have a vivid picture in front of our eyes, in which each and every one can go as far as their own determination allows. You can join in digging until the police ask you to stop and hand over your shovel to another, you can peacefully continue to dig until arrested, you can picnic near the diggers and be a witness,” reads the invitation to the nonviolent event. “If you plan to join in for the digging, we ask you to arrive no later than Saturday July 17th 4 pm at the peace camp to get to know each other, do a nonviolence training, make affinity groups, paint shovels and other preparations. This action is part of the international week of action from 12 – 20 July of the campaign ‘Büchel ist überall! atomwaffenfrei.jetzt!’ (‘Büchel is everywhere!’ ‘End nuclear weapons now!’) so you could also come earlier than Saturday to the peace camp.”

Activists in the United States might feel a special obligation to dig with our European sisters and brothers and it is hoped that the predicted opening of Germany to summer tourists will allow us to attend. Please contact [email protected] to register or for more information.

“If there are enough shovels to go around, everybody's going to make it!"

Brian Terrell ([email protected]) is a peace activist based in Maloy, Iowa.