Seeking Justice and Compassion with the Dalai Lama

Today I wore my Peace is Change tunic to see the Dalai Lama speak. I worked for him for 9 months in 1999, when I produced the World Festival of Sacred Music. I didn't take any notes on the talk, as I was hoping to get a bath of compassion after the last two days of too much chest beating vengeance. 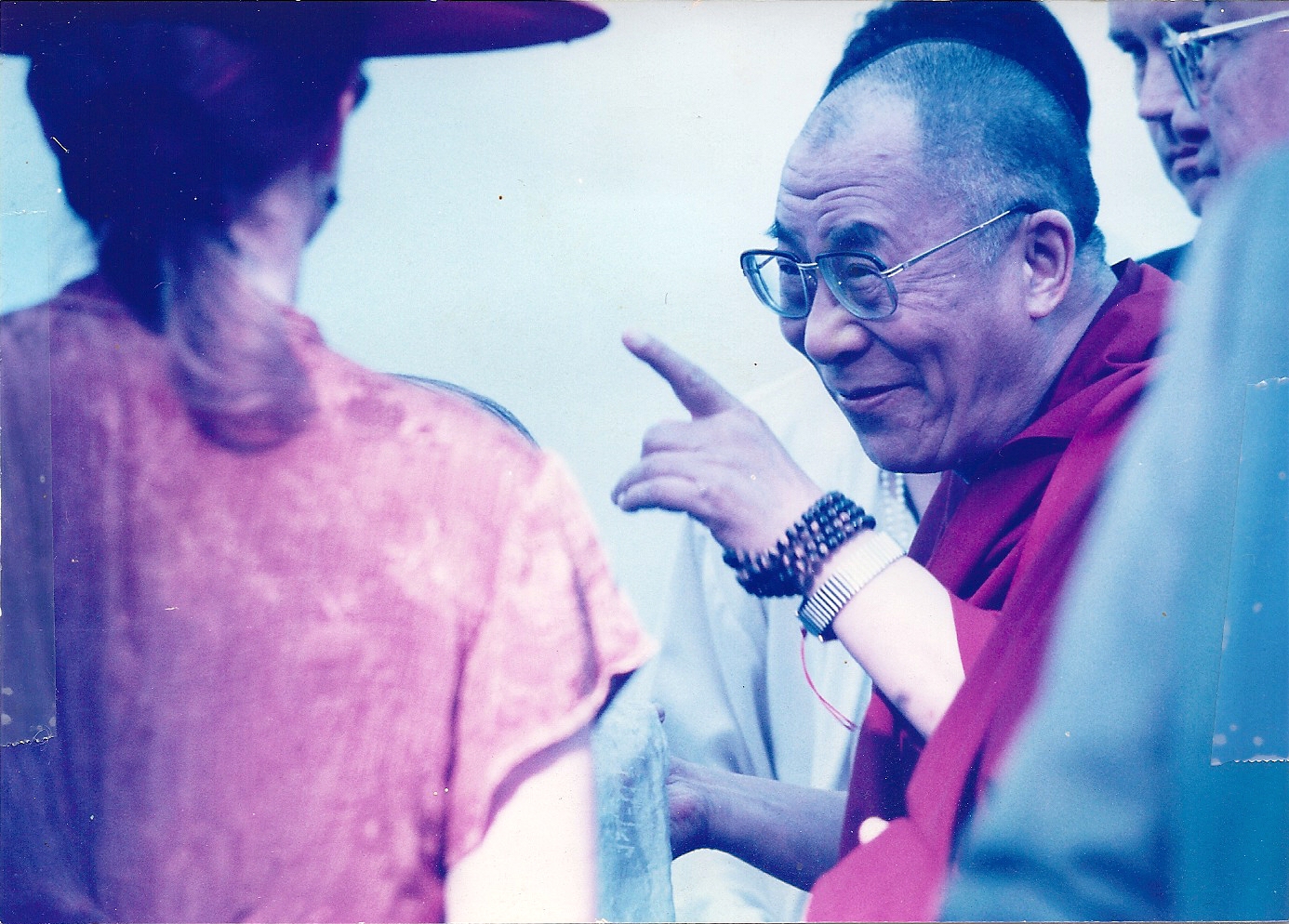 The first question he was asked was about Osama. How do we have justice and compassion? His answer was basically that you can’t have justice without compassion. Unfortunately, it seems too many forgot Osama bin Laden was a human being first. You can forgive without forgetting and holding accountable.

Someone said they wanted to work in service and help people but he was just graduating from college and the jobs to pay back his loan were in the world of commerce. He asked what should he do. The Dalai Lama answered that he didn’t know. He told the student that he was free to make his own choices and he would never intrude on his freedom.

The next question was about working for a corporation and witnessing corruption and not wanting to say anything because he couldn’t lose his job. Should he choose for the needs of his family or exposing the corruption? The Dalai Lama answered we should always expose the corruption or we are corrupt in not doing so. We have been complicit with corruption and it now owns us. He said we live in a very corrupt world. It is not the laws that are corrupt; it is the lawyers and judges.

He also said one should not be attached to anything. He said he is a Buddhist but is always questioning it and is not attached to it. He does not hold it above any other religion. He is constantly curious about it and respects people of all other religions. Much of what he was talking to the students about was finding your way through life as a secular. Letting ethics be your guide. He said finding true happiness would be the best way to live in the world, as from it comes kindness, and kindness is his religion.

As the ‘dolly’, as we playfully refer to him, was getting up and collecting himself and we were all about to leave, he turned to the audience of students at USC and said, "If you want to be happy, pay much more attention to what is inside and less to what is outside. You will know how to make yourself happy. The outside will take you away from yourself and will produce suffering."