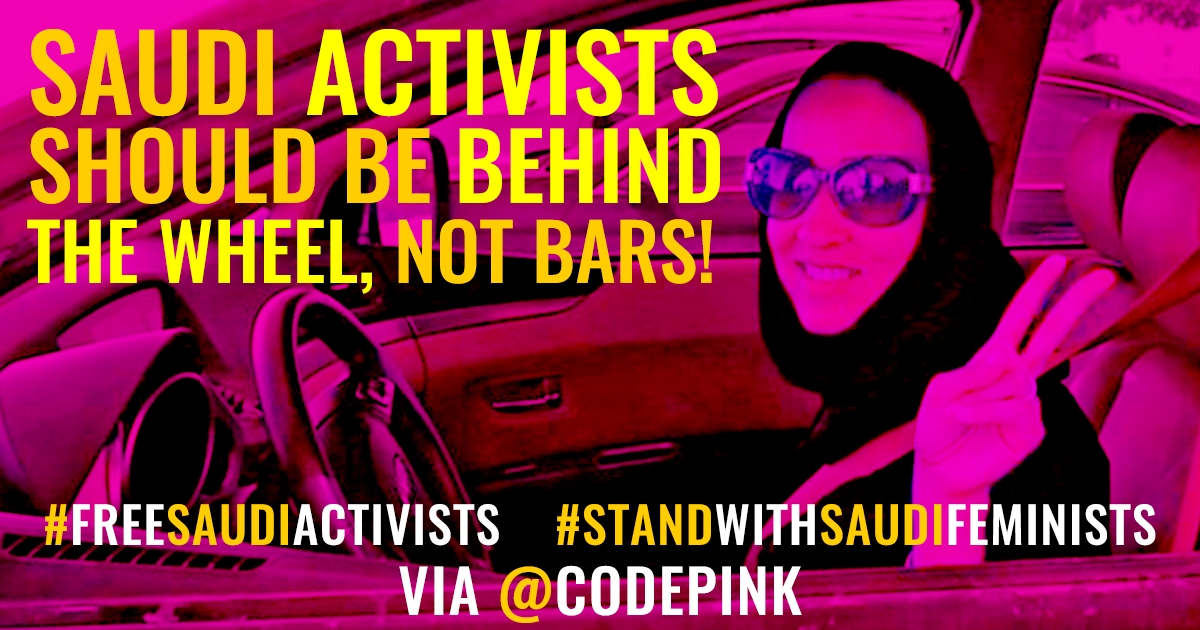 Although the ban on women driving in Saudi Arabia has been lifted, activists who championed for these rights still remain in prison.  Sign the petition below and we will deliver it to the Saudi Arabian Embassy in Washington D.C.

We are appalled that shortly after the announcement that the ban on driving for Saudi women was lifted, at least 17 activists, including some of the most prominent women who campaigned for the right to drive were imprisoned. In a vicious smear campaign, they were accused of being traitors and undermining the "security and stability" of Saudi Arabia. Eight of those detained have since been freed, but nine remain behind bars and could face up to 20 years in prison.

These arrests sent a shamefully clear message to all Saudis; only the royal family can bestow freedoms – and can take them away. This win for women cannot be claimed by the so-called “reformer” crown prince Mohammad bin Salman. This victory is a result of the decades of dedication and advocacy led by Saudi women.

The ability to drive gives some much-deserved freedom, but Saudi women continue to face a much larger obstacle: the kingdom’s guardianship system. Under this system, a woman, no matter her age, is treated as a minor and must live under the supervision of her father, husband, uncle, or some other male relative—even her son! The system violates women's most fundamental human rights.

We call for all activists who have been arrested to be released and for an end to the guardianship system in Saudi Arabia. We stand in solidarity with Saudi women fighting for their rights.