Congressman Brown: Reducing the Pentagon Budget is not "irresponsible"

Congressman Anthony Brown, member of the House Armed Services Committee, recently wrote an Op-Ed arguing that cutting the Pentagon budget is “irresponsible”. Here are some things he forgot to mention.

In Congressman Anthony Brown's recent op-ed for Defense News titled “The case for a robust defense budget,” he used unfounded fear-mongering to argue that cutting Pentagon spending is “irresponsible.”

As a member of the powerful House Armed Services Committee Congressman Brown has a responsibility to represent facts honestly and explain why he thinks that the majority of voters who want to cut the Pentagon budget and redirect that money into social services are “irresponsible.”

While Congressman Brown wants you to think he's being the reasonable adult in the room, here are some things he left out of his Op-Ed… 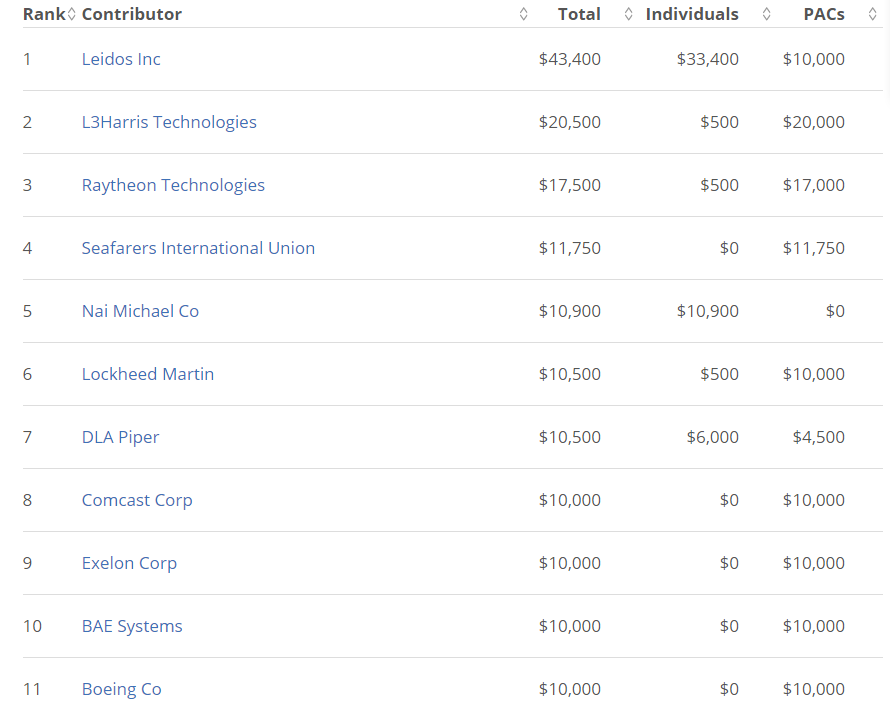 HALF of the $740,000,000,000 Pentagon budget in 2020 will go directly to private “defense” contractors who fund politician’s campaigns and pay their CEO’s millions of dollars.

The Pentagon remains the only federal agency that cannot pass an independent audit 30 years after Congress required it to do so.

Currently, the U.S. spends more on our nation’s military than the next twelve countries combined and about half of the Pentagon’s budget goes directly into the hands of private contractors, not our troops. Meanwhile, half of our people are struggling paycheck to paycheck, over 40 million Americans are living in poverty, and over 500,000 Americans are homeless including roughly 40,000 veterans.

As a member of the House Armed Services Committee, we urge Congressman Brown to reflect the will of the people, not his top campaign donors including Raytheon, Boeing, and Lockheed Martin. We call on him to cut the Pentagon budget by at least 10% and redirect that money into social services.

Sign your name to tell Congressman Brown that cutting the Pentagon budget is not only responsible, it's urgent!