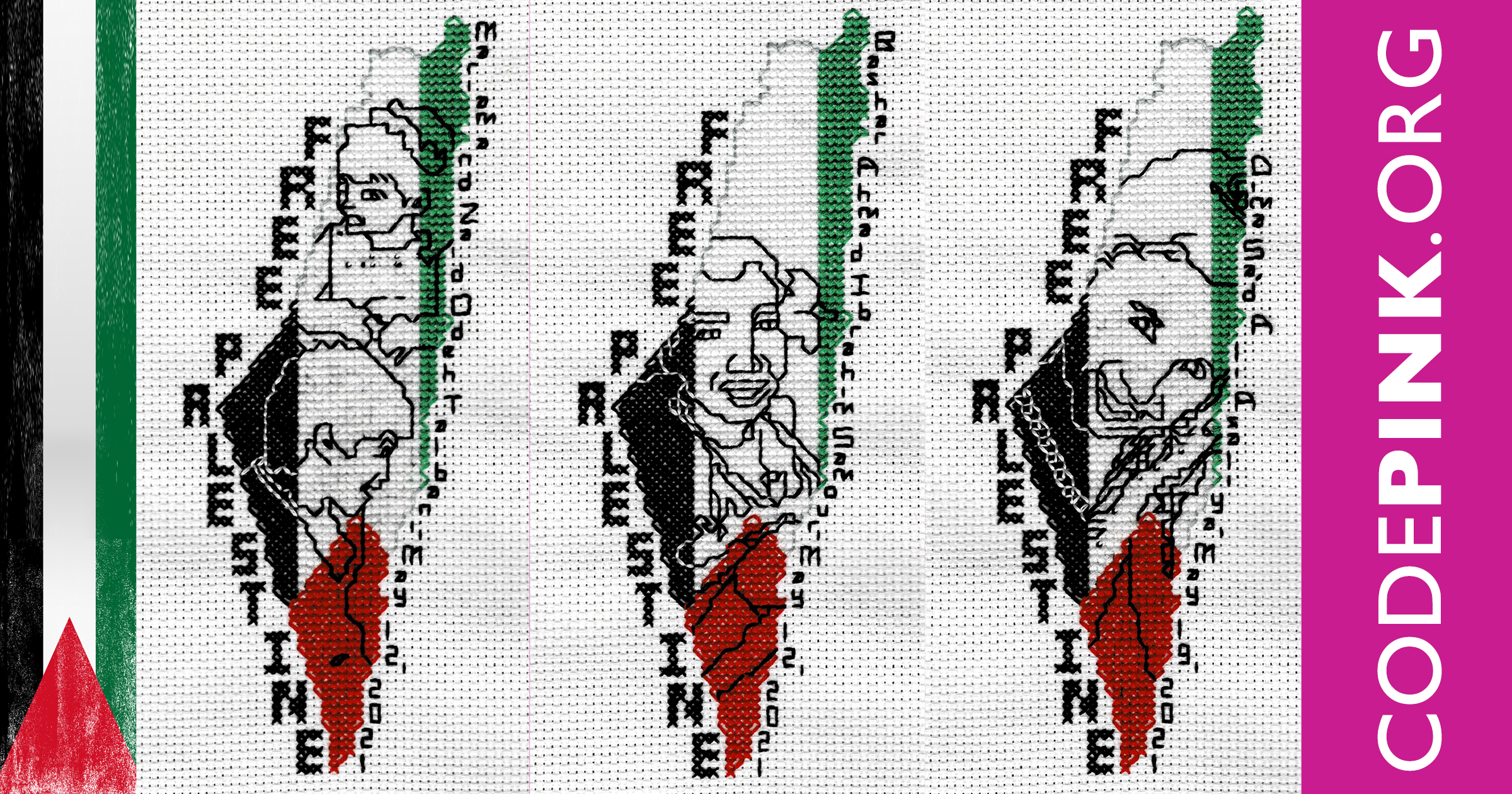 Losses on both sides were profound — U.S. secretary of state Antony Blinken, May 25 press conference with Israel’s prime minister Netanyahu in Israel, AlJazeera. (All of the following li(n)es were uttered during the same press conference.)

Yes. Losses were profound. But not on both sides. On one side, among Palestinians, of whom 253 were killed, including 66 children, and 2,000 injured, including 200 who may suffer from long-term disability. None of this would’ve happened if it wasn’t for the continuing U.S. policy of showering Israel with unconditional military, diplomatic and political support.

Well that depends on whether you’re looking for details or not. Let’s go behind some of these numbers Blinken is referring to, starting with Bashar Ahmad Ibrahim Samour.

Bashar was just 17 years old when Israeli forces targeted him with the help of the United States’ continuing bipartisan silence of mass destruction, which currently amounts to $3.8 billion of military aid, every year. That’s almost $500,000 of U.S. taxpayer dollars spent every hour of every day on the Occupation and resulting atrocities committed by Israel on Palestinians like Bashar.

Bashar was killed on the morning of May 12 with two gunshot wounds to the right side of his chest. At 10 a.m. to be precise. Bashar worked as a farmer and “was connecting irrigation pipes about 500 meters from the fence when he was shot and killed. Relatives working with him at the time transported him to a hospital in Khan Younis where he was pronounced dead on arrival.” If you search the web for a picture, you’ll find one of him strapping a camera and smiling, wearing a pink hibiscus flower in his hair.

According to Defense for Children International (DCI) - Palestine, 16-year-old Rashid Mohammad Rashid Abu Arra, was shot and killed by Israeli forces on May 13th in Ramallah, in the village of Aqaba, in the occupied West Bank. Occupation forces entered his village to conduct “search and arrest operations,” and Rashid was shot from behind, sustaining “two gunshot wounds to his upper and middle back.”

I underscored to the prime minister something that president Biden made crystal clear throughout the violence. The United States fully supports Israel’s right to defend itself against attacks such as the thousands of rockets fired by Hamas indiscriminately against Israeli civilians. — Antony Blinken

On May 10, 16-year-old Ibrahim Abdullah Mohammad Hassanain and 11-year-old Hussein Muneer Hussein Hamad were killed in Beit Hanoun in the Gaza Strip in a blast. It has still not been determined whether they died as a result of Israeli drones and warplanes that were reportedly flying overhead, or if they were victims of  rockets fired by Palestinian armed groups toward Israel that fell short. But to Ibrahim and Muneer and their families it doesn’t matter how they died. What matters is that they died as a result of 73 years of the United States’ $146 billion silence of mass destruction.

At 8 p.m. on May 19, in Jabalia, in the northern Gaza Strip, 10-year-old Dima Sa'd Ali Asaliya who, according to her uncle, had gone to her sister’s house to get an electric cooker that her family often borrows to bake bread, was walking back home with it when she was struck and killed by an Israeli drone on the street between their two houses. Her little body was “covered in shrapnel wounds.” In the photo I used as a reference to embroider her outline portrait, you can see her hands decorated in henna, framing one side of her smiling face.

According to DCI, 2-year-old Mariam Mohammad Odeh Talbani, “had been missing and presumed dead since May 12 until her body was located in rubble” on the 21st, nine days after the building she lived in with her family was demolished in an Israeli airstrike in Gaza City’s Tal Al-Hawa neighborhood. The attack also killed her 4-year-old brother Zaid, and her 5-month-pregnant mother Rima.

These are just six out of the 66 children’s stories illustrated here. No, not those kind of children’s stories that we, those whose taxes feed our government’s apartheid-friendly silence, read to our children 6700 miles away, but the ones our corporate, biased media don’t bother to inform us about.

As the prime minister mentioned we had a detailed discussion about Israel’s security needs including replenishing Iron Dome. — Antony Blinken

“Replenishing Iron Dome” indeed. Maybe the focus on Israel’s missile defense system has something to do with the fact that Israel was caught off guard by the Palestinian resistance, with their bodies and rocks in hand ready to use for self-defense, in response to Israel’s increasing attempts of ethnic cleansing in Jerusalem; the rockets that were launched by Hamas and other resistance factions after Israel refused to meet their demands that included withdrawing its military forces from the Al-Aqsa mosque and from the Sheikh Jarrah neighborhood — all of which led to the latest round of hostilities.

Why rocks for self-defense? Because remember, the United States believes that Palestinians, unlike Israeli’s, neither have a right to any, leave alone $3.8 billion of its military aid, nor a right to defend themselves against Israeli military and settler violence.

As Ali Abunimah, the co-founder of The Electronic Intifada said recently in an interview with theAnalysis.news that “the goal was to break the popular resistance in Jerusalem so that the settler march could go through the old city and Israel could show who’s boss, but it failed to do that, and Israel was forced into a humiliating retreat.” He added that “the miscalculation Israel made is that they thought that they had fragmented the Palestinian people so much” that they were a broken people. But the truth is that “Palestinians throughout historic Palestine are in common resistance to Israel, the settler colonial occupying state. So they are fighting from Gaza. People are resisting in the West Bank, they’re resisting in Jerusalem, and for the first time in decades, there is a broad uprising among Palestinian citizens of Israel.”

We know that to prevent a return to violence we have to use the space created to address a larger set of underlying issues and challenges. And that begins with tackling the great humanitarian situation in Gaza and starting to rebuild. — Antony Blinken

Bravo, Blinken! And if you have to break things down to numbers, maybe you can start by responding to the Office of the High Commissioner for Human Rights’ (OHCHR) appeal by defunding Israel and handing over about 2.5 percent of the monies — $95 million — to them? They need it for “immediate humanitarian and early recovery responses for the coming 3 months, requesting… to address the needs of 1.1 million Palestinians, in the areas of protection, health, water and sanitation, education and food security.” You can go here to access the breakdown of needs.

Please go here to see all of the embroidered portraits.