Rally Against War on Iran! It Will Work 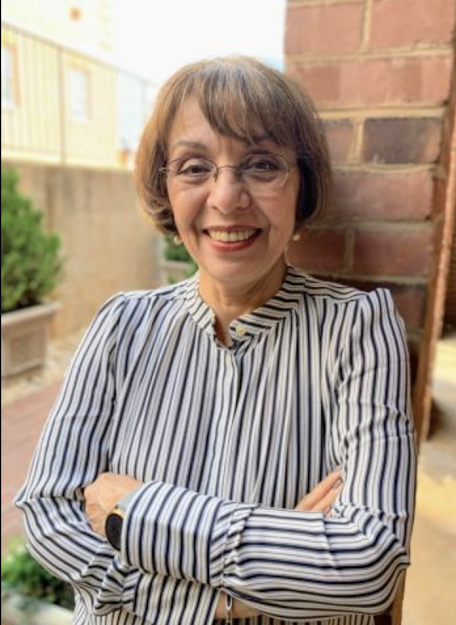 By Fatemeh Keshavarz, Professor, University of Maryland and a member of the CODEPINK Advisory Board.

Some activists for peace and justice feel hesitant about the impact of rallies and marches to prevent war. “We came out in 2003 by the thousands,” they say “to stop George W from invading Iraq. What good did it do?”  I understand their frustration, I was in those rallies. But I am going to argue here that if we rally against a war with Iran, history will not repeat our failure of 2003. Yes, we need to refine our tactics and rise above responding to the populist warmongering rhetoric that we face. But first, the reasons why 2020 is very different from 2003.

In 2003, we had not witnessed seventeen years of misery caused by a war -- the war in Iraq -- that had no urgency, no defensive purpose, and apparently has no end. In 2003, we had not experienced the casualties of Fallujah, our own crude savagery at Abu Ghraib.  Families had not welcomed their loved ones home in body bags, and not seen images of maimed Americans and Iraqis. This will sound strange, but the concept of a “roadside bomb” did not exist in American consciousness before the Iraq war.

We were told Iraq was easy to tackle, transform into a democratic force in the region – and move on. None of that has happened except for the continuous attempts to deal with the Iraqi opposition, which has been anything but easy. Can anybody now claim that a war with Iran (three times the size of Iraq geographically, double in population, and technologically fairly advanced) would be easy? I don’t think so.  We will likely be told, we’ll assassinate their generals, hit a few nuclear facilities and leave it at that. You don’t need to be a general to know that it does not work that way. American soldiers, assets, bases, and allies are sitting targets for Iran, which has missiles and targeting abilities apparently not that different from our own.

There are other differences with 2003, among them the emergence of multiple networks of local militias: Sunnis, Shiites, Kurds, Lebanese, Yemenis, Syrians… call them what you will. Their grievances, problems, hopes, and aspirations are complex enough to make any head spin. But I do not accept for one instant that they enjoy conflict and war. They idealize the time that their region was at peace before the19th century colonizing Europeans divided their homelands with arbitrary borders and, later, changed place with American forces, themselves colonized by international corporate greed. Now, take a deep breath and add to this regional mayhem a nightmare of global proportion, a free-roaming ISIS.

You may say “a war with Iran is a losing war, even more so than the war with Iraq has been. But, what if the powers that be do not care? After all, they are not going to send their own children to the warfront!” You have a point. Those who do the saber rattling and bring about death and destruction are often the last to be affected by them. But this is not 2003. This is not just any year. This is an election year! Politicians know the feet that walk into rallies are those which walk to the polls. Yes, politicians sometimes create wars to bolster support as well.  But not if anti-war rallies are healthy and strong, reminding them that wars are disasters, and unpredictable disasters at that.

There are shocking changes too: The 2016 election of Donald Trump, and the rise of a racially defined national identity. The continued attacks on black lives, the marginalization of immigrants and minorities, and the ever-widening gap between the rich and the poor. Meanwhile, rogue foreign policies toward the “insubordinate” have added chilling new items to their list. Apparently, now chopping opponents inside official embassy buildings, and assassinating generals of sovereign countries are normal. But these are not cause for despair, not when we are witnessing the emergence of a morally responsible and technologically savvy generation of young activists. We would be remiss not to bask in the expanding, vivid, and promising energies that emanate from this new generation of burgeoning fighters for peace and justice.

As for refining our tactics, I, for one, would not spend one more instant explaining what is wrong with a narcissistic presidency alien to facts, feeding on populist adoration, and still craving photo-ops. Rally time is sacred, it should be spent on healing and informing each other. Let us focus on the global mayhem we have helped create. Instead of an effigy of Donald Trump, let us carry images of burning forests, casualties of the Iraq war, caged immigrant children, and the homeless so close to our homes. And, for God’s sake, let images of Abu Ghraib remind us that never again should we sink that low.

To start with, let us flood cyberspace, whatever social media you like, with images of normal life in Iran and Iraq. Their humanity and normalcy have been the first casualty of this endless war.