PSONA 2022: From DC to the Philippines, Stop the US War Machine! 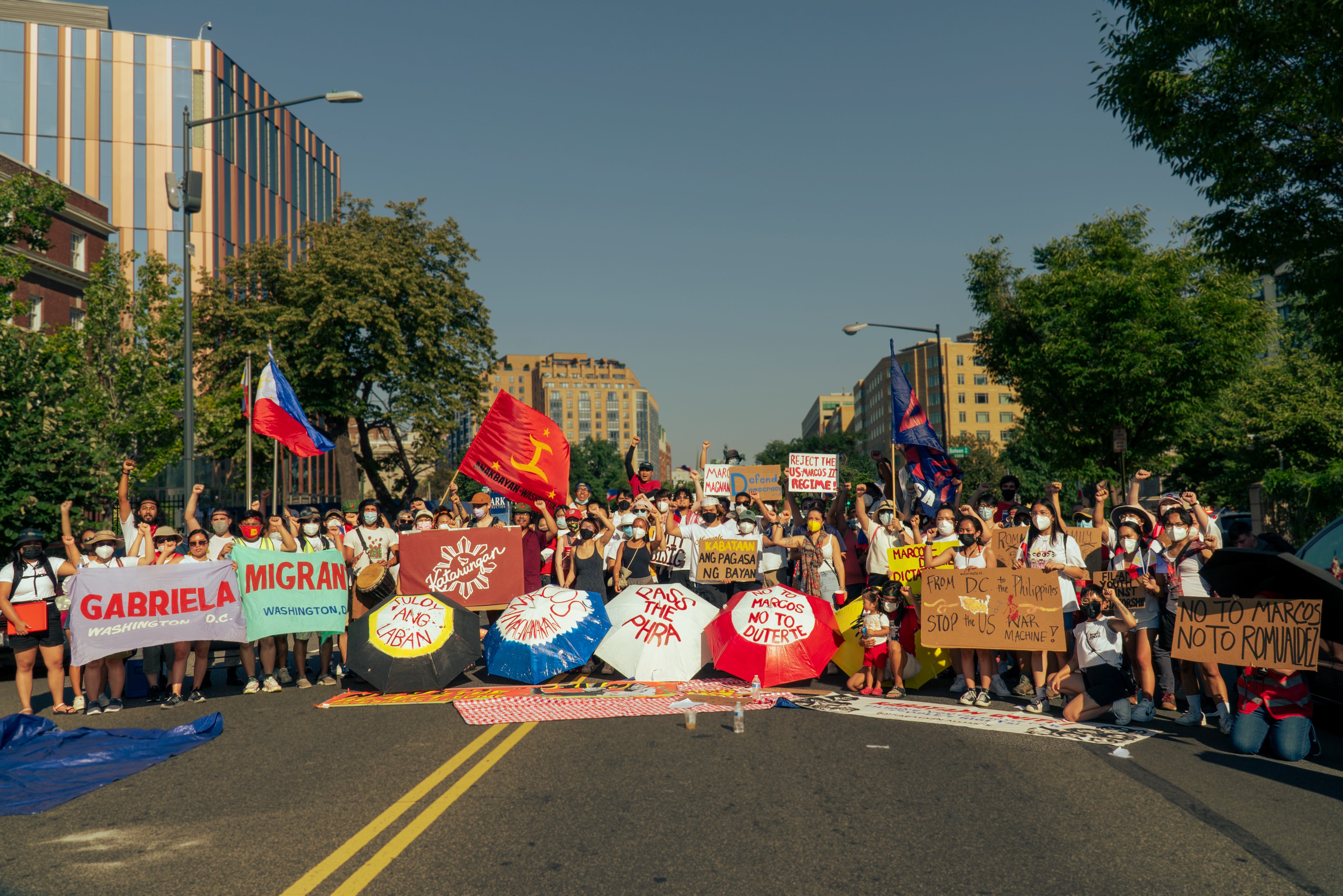 Each year, in response to the Philippine President’s State of the Nation Address, people across the Philippines and the entire world gather to hold their own People’s State of the Nation Addresses (PSONA). PSONA gives the masses the opportunity to demonstrate their collective power and speak the truth about the conditions facing the Filipino people.

This year in Washington, DC, Filipino and Filipino-allied organizations—such as Anakbayan DC, Migrante DC, Katarungan DC, Maryland CHRP, Gabriela DC, Bayan-USA DMV, Malaya Baltimore, and many more—gathered to reject the first address of the new regime, headed by President Bongbong Marcos and his Vice President Sara Duterte, two children of the nation’s former dictators notorious for their abuses of democratic and human rights. Carrying forward their fathers’ legacies, the Marcos-Duterte government has already begun repressive crackdowns on activists and journalists remotely critical of them.

This year’s DC PSONA included a march to the Philippine Embassy followed by a program full of dancing, music, poetry, and speeches highlighting the struggle of the Filipino people for peace, human rights, and democracy and its connections with other struggles in the US and around the world. Organizers from Malaya Baltimore issued demands to both the Philippine and US governments.

For the Philippines, they demand:

For the US government, they demand:

“$550 million of our taxes go to extrajudicial killings, the displacement of indigenous people, the repression of press freedoms, and the harassment and killings of human rights defenders. Do you want your taxes to go to any of this?” they asked. 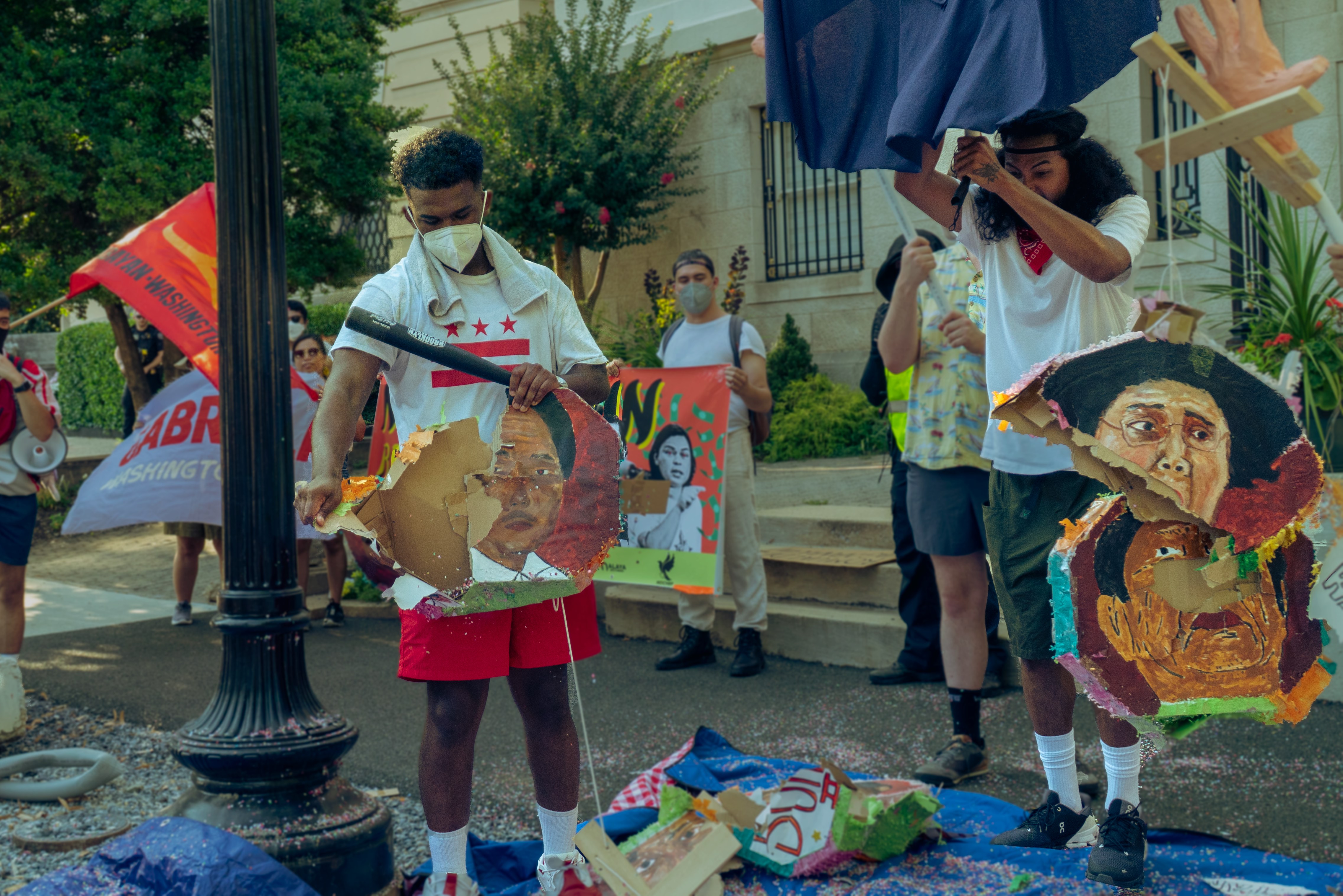 Following the program at the embassy, activists marched to the residence of the Philippine Ambassador to the United States, Marcos’ cousin who also held the position under President Duterte. Swinging at an effigy of US President Biden holding Marcos and Duterte on puppet strings, they released confetti amidst cheers from the crowd.

In spite of this regime’s legacy of opposing democracy and human rights, the US continues to seek strong relations with the Philippines, particularly as it escalates tensions with China. President Biden has already invited President Marcos to visit the US in September now that his status as head of state provides him diplomatic immunity against the standing contempt judgment he faces in US courts in connection with his father’s human rights violations. Clearly, the Biden administration is more interested in maintaining US power in Asia than ensuring the realization of human rights in the Philippines.

This imperialist strategy harms us all. While the United States continues to face public health crises, a climate emergency, an impending recession, and various other unprecedented challenges, we see our tax dollars funneled out of our communities and into foreign military forces from Europe to Palestine to the Philippines with little to no accountability. The US war machine is an enemy to human rights around the world, and our struggle against it is global.