CODEPINK activists have been bird-dogging former Bush administration officials across the country, moving Cheney's book to the crime section and demanding accountability and justice for the lies they told the American people during their time in office. 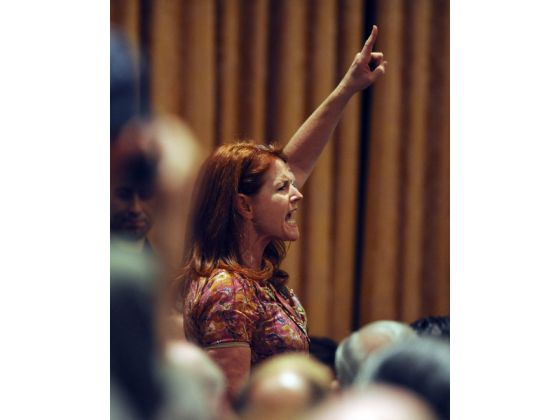 Former Vice President Dick Cheney was interviewed by his daughter, Liz, at the Nixon Library in southern California. During the event, CODEPINK cofounder Jodie Evans was able to present an arrest complaint and speak out against his crimes. 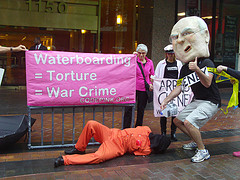 Next, Cheney spoke at an American Institute Enterprise forum in Washington DC, and CODEPINK activists were outside holding a vibrant street presence with props and costumes.

The CODEPINK accountability campaign has launched a move Dick Cheney’s book photo contest to counter his new book ‘In My Time’, which hit the shelves of local bookstores on August 30th. A Facebook group has been created, along with bookmarks to insert inside the book. Check out photos of the book move! 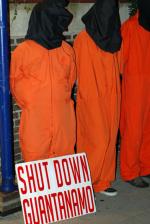 CODEPINK and NYC activists protested inside and outside an event where former Secretary of Defense Donald Rumsfeld spoke. Former CIA Analyst Ray McGovern and CODEPINK activist Nancy Mancias disrupted Donald Rumsfeld inside the Kaufmann Concert Hall. The discussion was hosted by the 92nd Street Y. When the conversation turned towards Bush’s decision to invade Iraq after 9/11, Ray McGovern rose from his seat and stood in silent protest at the front of the auditorium wearing a Veterans For Peace t-shirt. He remained standing for about ten minutes until he was escorted out by six NYPD officers. Later in the evening, Mancias tossed 100 pink arrest complaints from the auditorium balcony, showering down on to the audience, and shouting, “It’s known that you are a war criminal. It’s known there were no weapons of mass destruction. It’s known that Iraq was not a threat.” 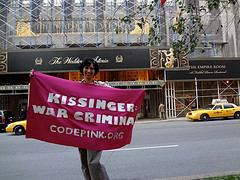 ia where Henry Kissinger was keynote.

Finally, CODEPINK Dallas, in conservative Texas, has been spinning heads while protesting Bush, holding him accountable for his lies while in office. Read more about their encounters with Bush security.