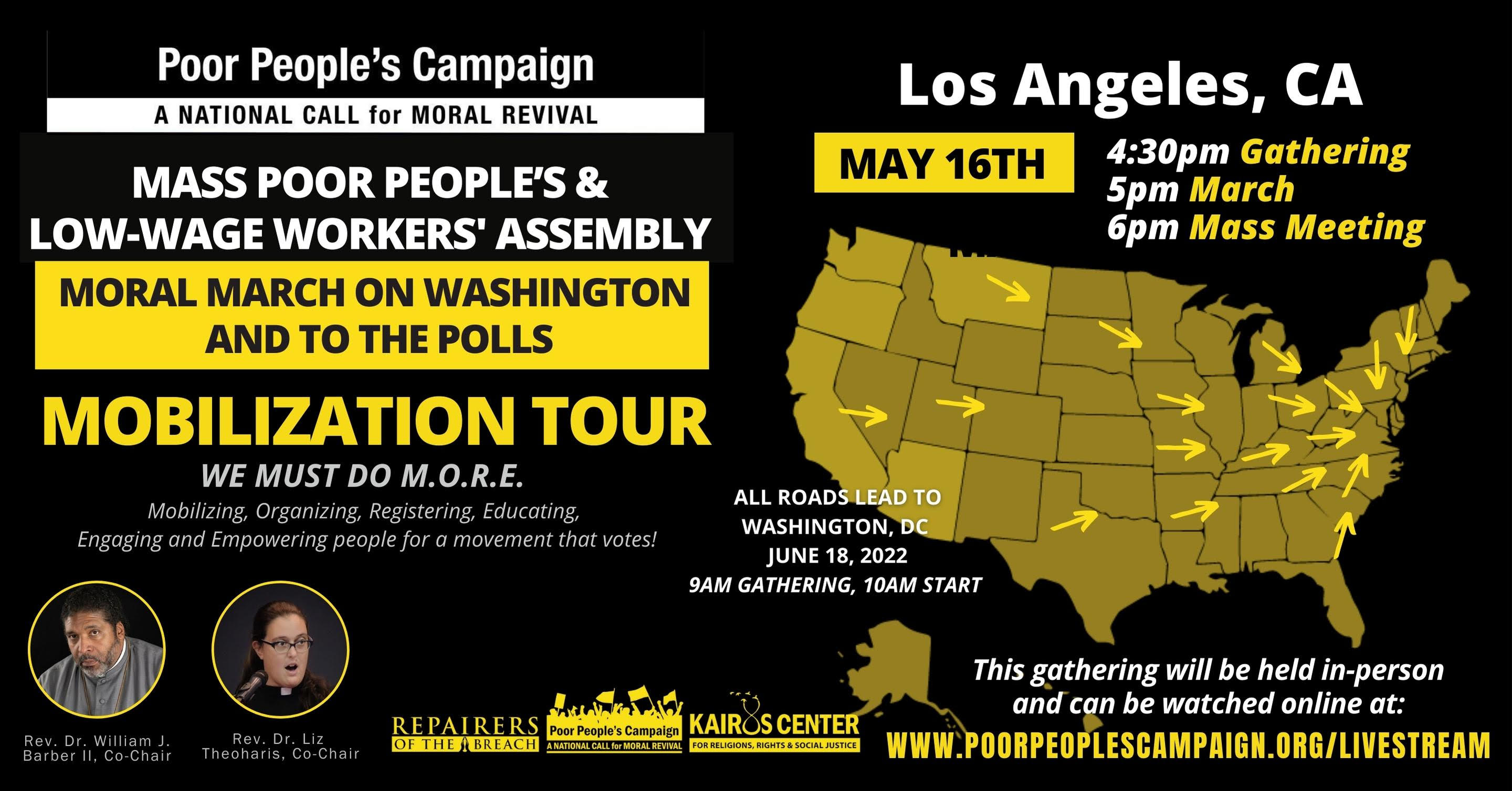 Join the CODEPINK Contingent at the LA Gathering of the Poor People's Campaign. Let us know you are coming and can help us carry the visuals that show the cost of war to the poor. This is a preparation for our presence in DC on June 18th (https://www.codepink.org/together)

The California Poor People’s Campaign invites you to come to Los Angeles on Monday, May 16th as part of the national PPC Mobilization Tour comes to the West. This is the only tour stop in the western U.S. and is an opportunity to shine a light on the interlocking injustices as we see them play out here in our home state.

Poor and low-income people, faith leaders, and moral advocates from California, Arizona, Oregon, Utah, and Washington will be gathering for a march and rally at rush hour in downtown Los Angeles, and we’re excited to announce that co-chairs Bishop William J. Barber II and Rev. Dr. Liz Theoharis will be with us. We'll be gathering at 4:30pm PT, followed by a march at 5pm and the Mass Assembly at 6pm.

The priorities and demands of poor and low-wealth Californians and western region neighbors will be front and center as we continue to demonstrate the voting and moral power of those most impacted by the policy violence of the US Congress and state houses. Somebody’s hurting our people, and it’s gone on far too long, and we WON’T BE SILENT ANYMORE!