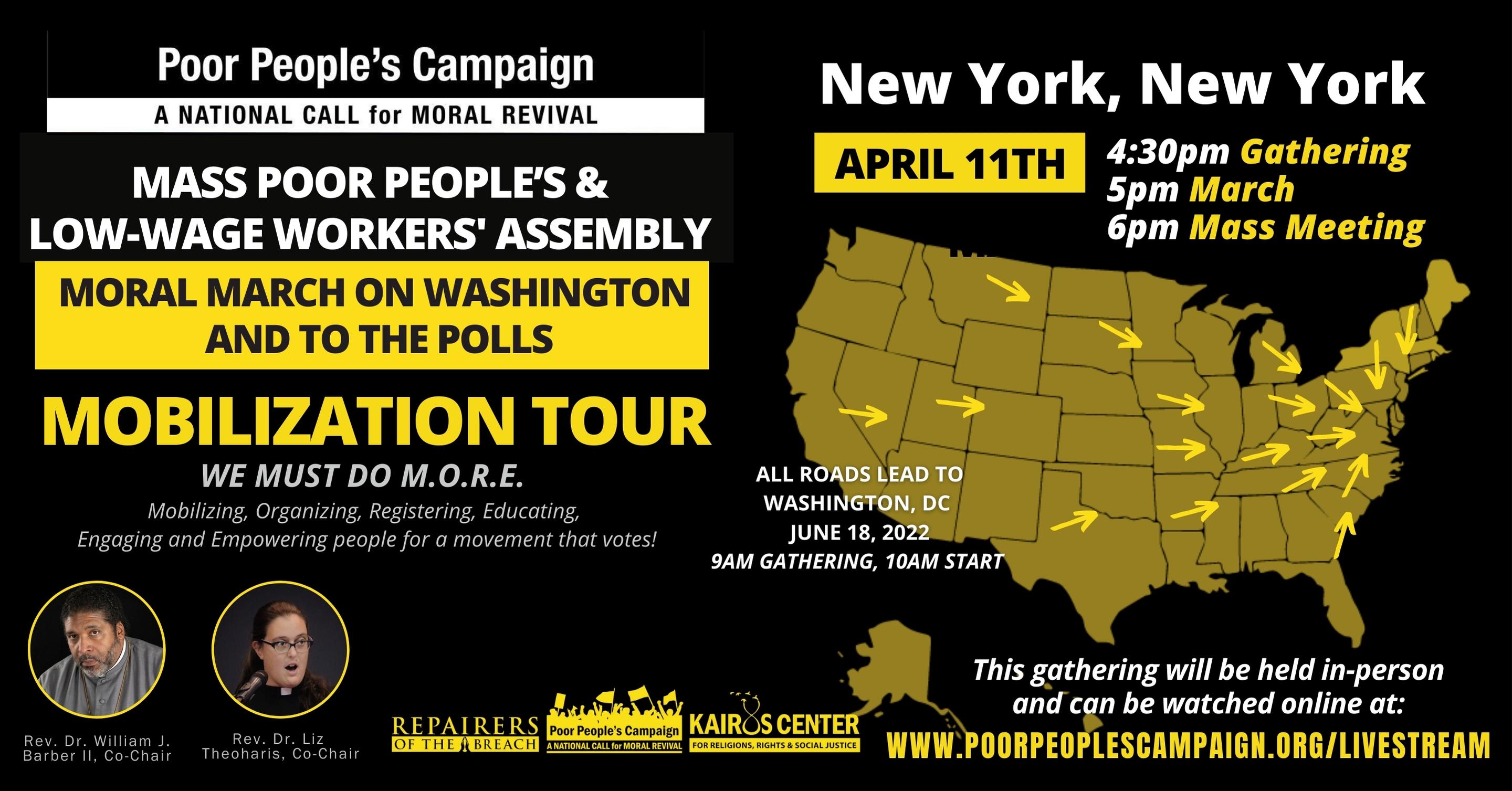 Join CODEPINK in the streets as we support the Poor People's Campaign tour stop and work to mobilize an anti-war contigent at the Moral March on Washington on June 18, this action is a great first step towards mobilizing massive amounts of people in DC this summer!

Directly impacted people, faith leaders, and artists will together to demand this nation do MORE to live up to its possibilities:

MORE to fully address the interlocking injustices of systemic racism, poverty, ecological devastation and the denial of health care, militarism and the war economy, and the false moral narrative of religious nationalism;

MORE to change the narrative and build the power of those most impacted by these injustices;

MORE to realize a 3rd Reconstruction agenda that can build this country from the bottom up and realize the nation we have yet to be.

The event will be livestreamed on the Poor People's Campaign FB page and at poorpeoplescampaign.org/livestream.