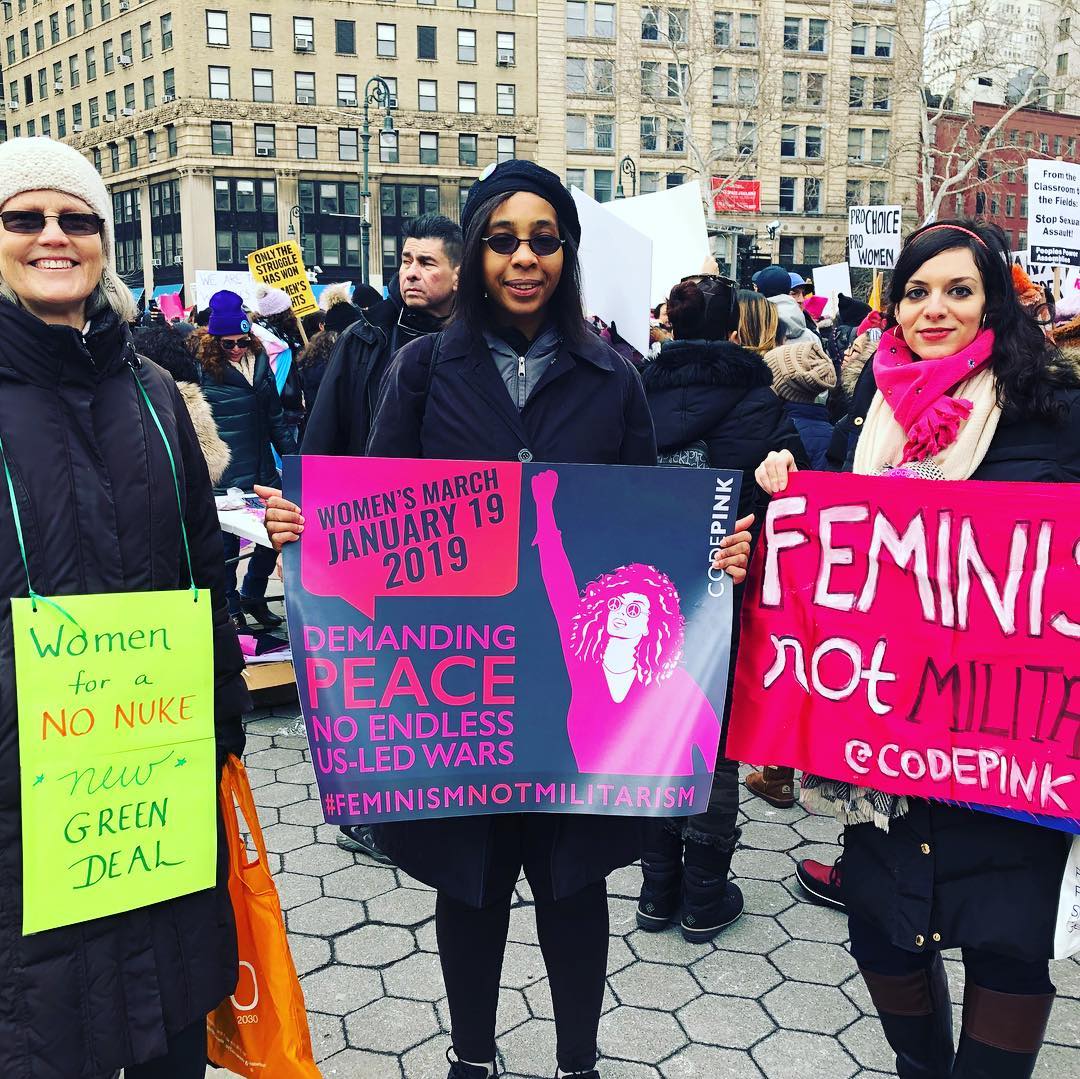 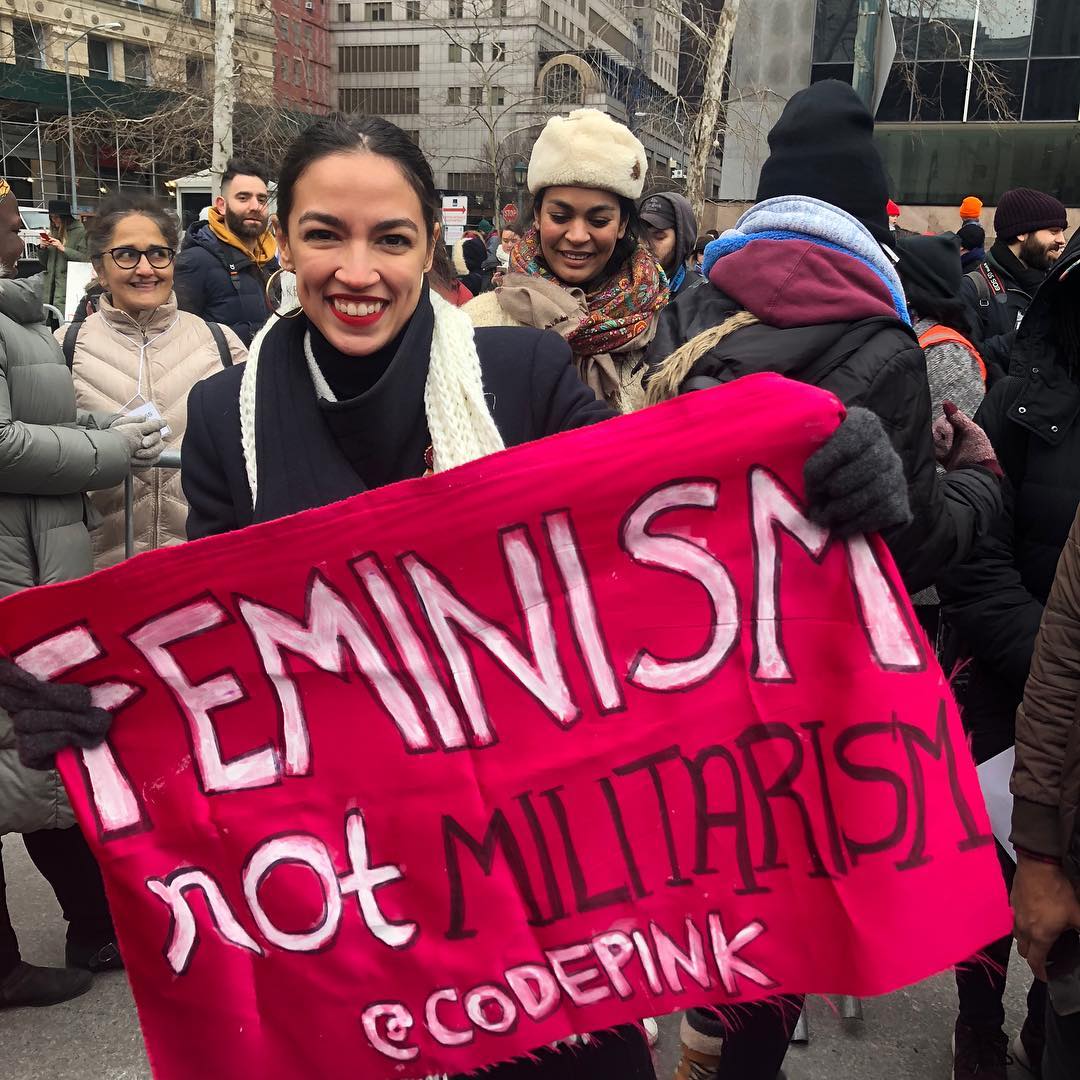 January 21 2019: CODEPINK has been at the forefront of the peace movement for over 16 years; our vibrant pink presence around the nation's capital and in the streets plays a critical role in bringing attention to the destructive power of US-led foreign wars and the urgent need to focus on peace economies. Whenever our partners and community members have risen up against injustice and violence, we have worked hard to promote the peace agenda because we know that war lies at the root of all injustice and violence.

Women across the U.S. and the world have begun connecting the dots between the war economy and the lack of much-needed resources for women's needs: access to better healthcare, jobs, education, technology, infrastructure, and much more. 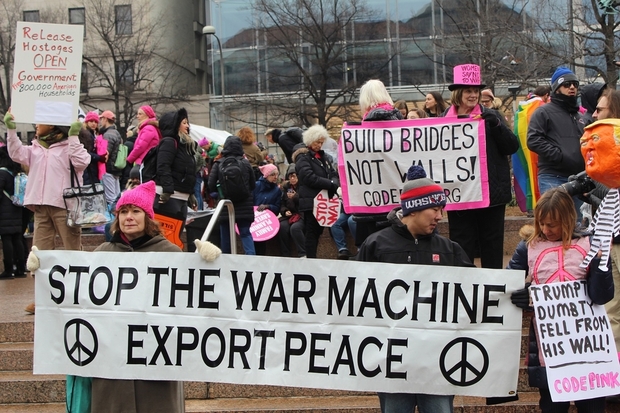 This is why this year, we are elated to welcome our partners from the Women's March to the sisterhood of peace. The Women's March Agenda not only validates our work to end US-led wars, and also serves as "a tangible declaration of how we will protect and defend our rights, safety, health and communities. Our Agenda will serve as a work plan to Congress and will create the roadmap we will use to mobilize our constituents into 2020 and beyond."

We celebrate the inclusion of peace in this Agenda, as provided below:

Excerpt from the Women's March Agenda 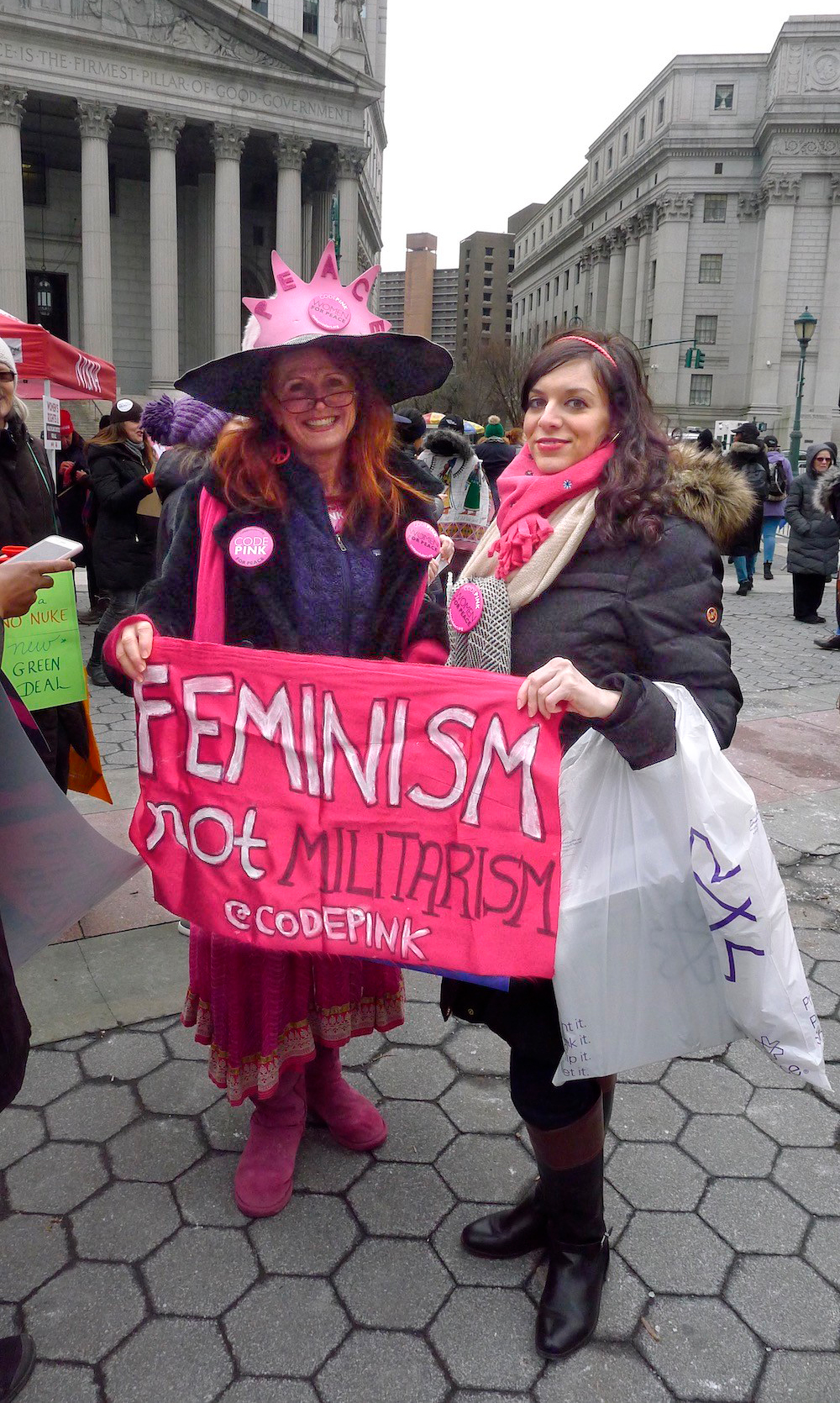 The policies identified under each area are specific, tangible, and able to acted upon and supported in 2019 and 2020, potentially even passed with the support of activists nationwide. In addition, Women's March calls for three policy priorities that intersect with all committees and affect the rights of all women:

Relevant Unity Principle: We recognize that to achieve any of the goals outlined within this statement, we must work together to end war and live in peace with our siblings around the world. Ending war means a cessation to the direct and indirect aggression caused by the war economy and the concentration of power in the hands of a wealthy elite who use political, social and economic systems to safeguard and expand their power.

Policy Prescription and Goals: Living in peace with the global community requires first that we, as Americans, cease directly contributing to the wars and militarism that are devastating communities overseas, causing the gravest harm to women and children, and instead promote the human rights of all people across the globe.

For example, the U.S. support for the Saudi-led war on Yemen — including military intelligence support, refueling of Saudi warplanes and millions of dollars in weapons sales — has enabled the worst humanitarian catastrophe of modern times. The war has killed tens of thousands of Yemeni civilians and led to epidemics of malnutrition and disease. The most severely affected have been children: around 85,000 children under the age of five have died of malnutrition in Yemen since the start of the war in 2015.

Thanks to tremendous grassroots support, 2018 saw enormous progress in ending U.S. support for the Saudi-led war on Yemen. Votes to cut off military support will be introduced again in 2019. After that, the next most important change is to end U.S. weapons sales to Saudi Arabia on the basis that such weapons are being supplied to a repressive regime guilty of human rights abuses. Polls show this idea is very popular, with 75 percent of Americans supporting a halt to weapons sales. Along with affecting the situation in Yemen, this would set a precedent that the U.S. should cease allowing U.S. companies to sell weapons to any regimes known for severe human rights abuses. 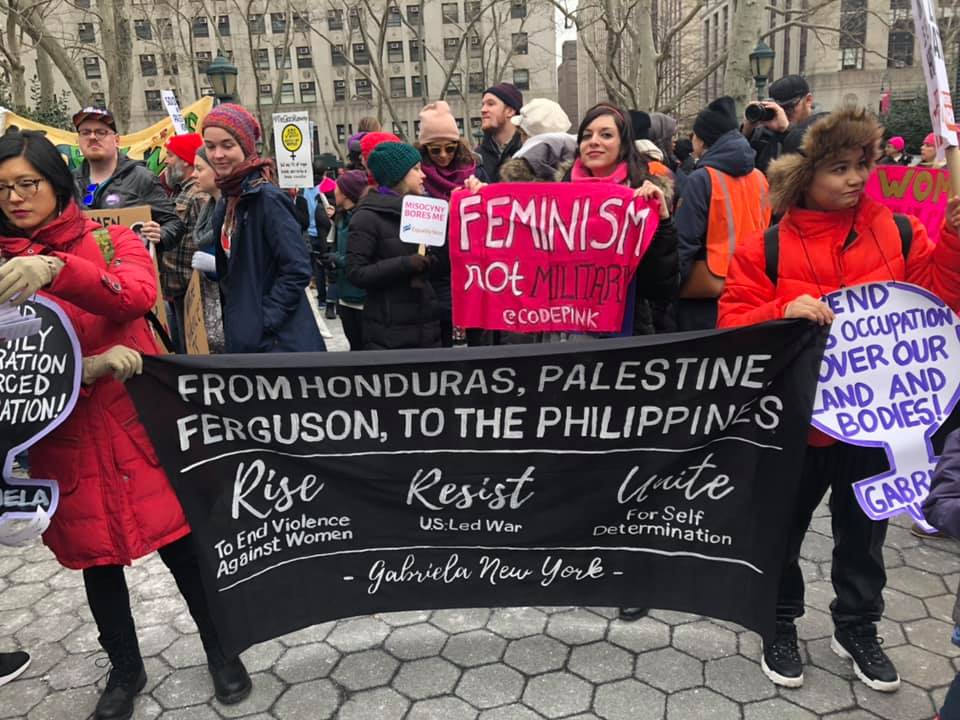 On December 13, 2018, historic legislation was passed in the Senate to invoke the War Powers Act and require an end U.S. support for the Saudi-led war on Yemen based on the fact that Congress has never provided authorization for military involvement. There is every reason to believe this legislation will quickly pass the Senate and House in the early days of 2019. However, override of a presidential veto will likely be needed, requiring additional mobilization in Congress.

Along with ensuring the important passage of legislation to invoke the War Powers Act to end U.S. military involvement in the war on Yemen, we call upon Congress to pass legislation like the Saudi Arabia Accountability and Yemen Act of 2018 that halts U.S. weapons sales to Saudi Arabia based on their repressive policies internally — the jailing and murder of journalists and dissidents, including the murder of Washington Post journalist Jamal Khashoggi and repressive Saudi policies towards women.