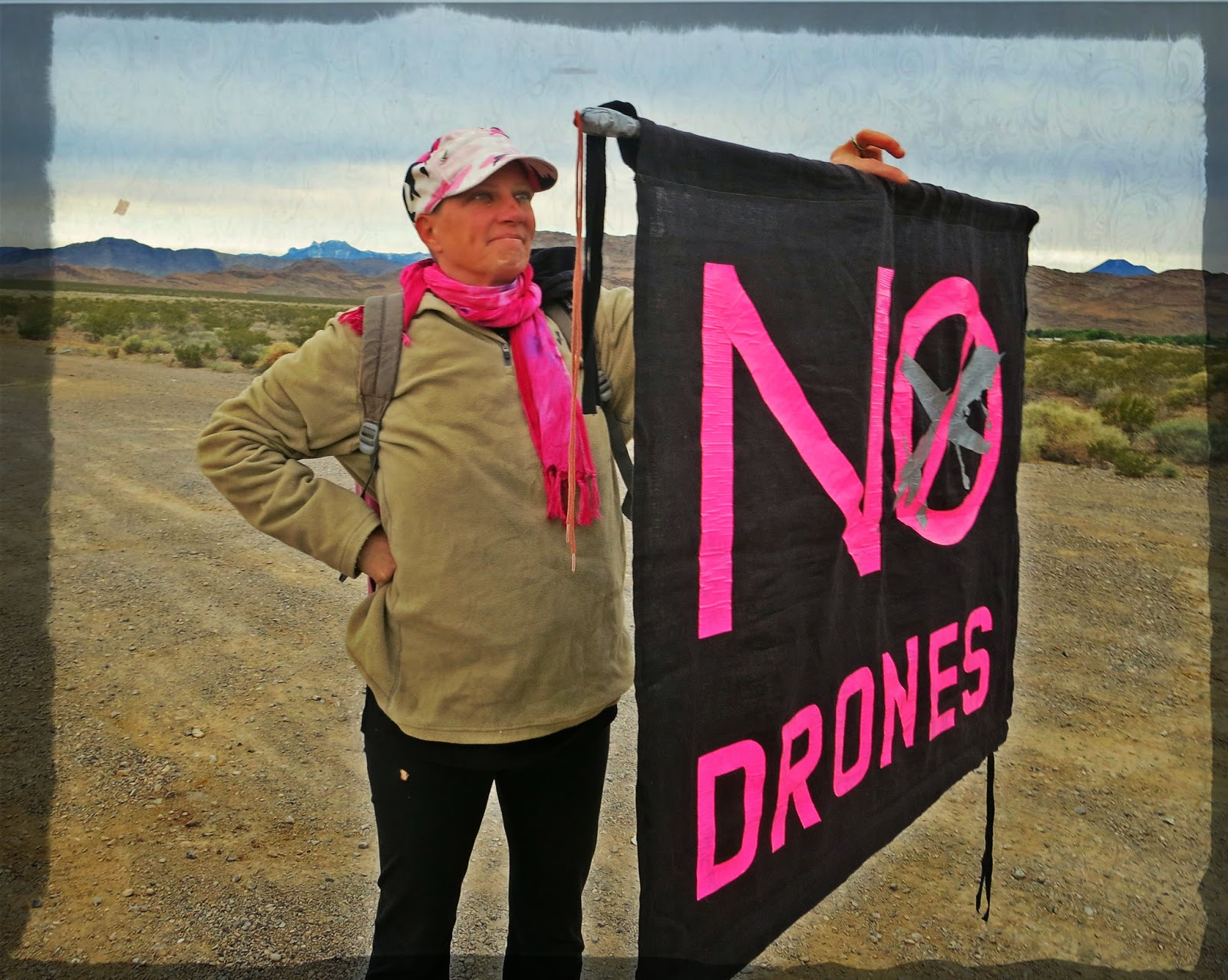 This peace position contains two parts. The first opposes the use of U.S. drones as tools for extrajudicial assassination of targeted individuals based on lists of likely “terrorists” presented to President Obama. Drone operators at Creech, Hancock and other Air Force Bases around the U.S. then use the remotely piloted aircraft to track down and kill “high-value targets” in at least 7 countries, often killing unarmed and/or completely unrelated civilians, in the same strikes. The use of this weapons system has now spread to other countries.

The second part concerns the wider constitutional and legal crisis of the United States engaging in warfare that has neither been debated, nor voted on, by the U.S. Congress. The 2001 Authorization to Use Military Force (AUMF) has been used as a cover for military action including air/drone strikes, covert and unaccountable operations by Joint Special Operations Command (JSOC), and more. The United Nations, created in 1945 to prevent wars of aggression, did not approve the U.S. War on Iraq in 2003.

For a list of allied organizations working on these and related issues: http://www.codepink.org/campaign_allies

For photos of CODEPINK’s actions, please see these.