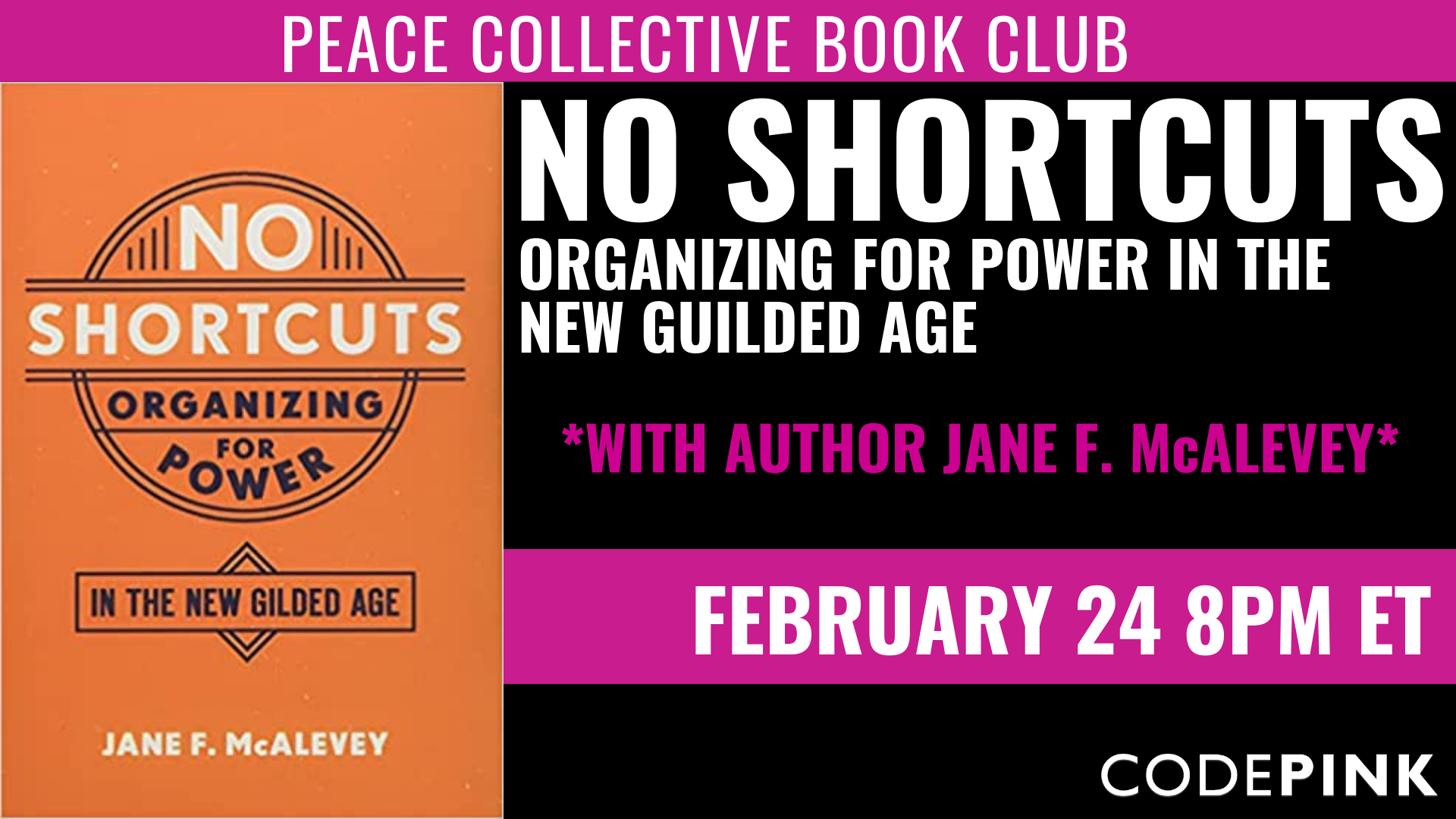 The Peace Collective is CODEPINK's youth cohort (age 30 and under), so this event is for peace collective members or people under the age of 30!

In No Shortcuts, Jane McAlevey argues that progressives can win, but lack the organized power to enact significant change, to outlast their bosses in labor fights, and to hold elected leaders accountable. Drawing upon her experience as a scholar and longtime organizer in the student, environmental,
and labor movements, McAlevey examines cases from labor unions and social movements to pinpoint the factors that helped them succeed - or fail - to accomplish their intended goals. McAlevey makes a compelling case that the great social movements of previous eras gained their power from mass
organizing, a strategy today's progressives have mostly abandoned in favor of shallow mobilization or advocacy. She ultimately concludes that, in order to win, progressive movements need strong unions built from bottom-up organizing strategies that place the power for change in the hands of workers
and ordinary people at the community level.