Opposition to Weaponized Drones from Germany to Broadway 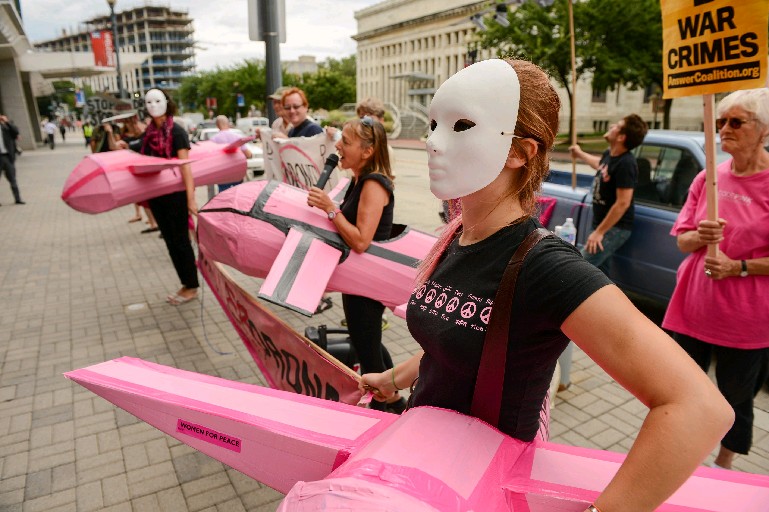 CODEPINK's dear friend and ally Kathy Kelly, who was convicted and sent to prison for trying to deliver a loaf of bread to the Air Force base commander at Whiteman Air Force Base in Missouri, is now free after a 3-month sentence!

Elsa Rassbach, a longtime codepinker and antiwar activist, confronted the German Foreign Minister, asking him to stop the United States from using Ramstein Air Force Base as a center for killer drone strikes by the CIA and the Pentagon in Africa and the Middle East. The dramatic confrontation happened during  the 70th anniversary commemoration of the liberation of Sachsenhausen Nazi concentration camp in April 1945. Read more here.

A Yemeni drone strike victim/witness, Faisal bin Ali Jaber,will testify about his experience in a German court. It will be the first time that "a victim of a U.S. drone strike will air his grievances in court," according to his lawyers.

Lisa posted this review. Lisa summarizes: "It's the perfect play for a month when the so-called feminist Hillary Clinton, an accomplished warmonger during her time as Senator and Secretary of State, announced her candidacy for president."