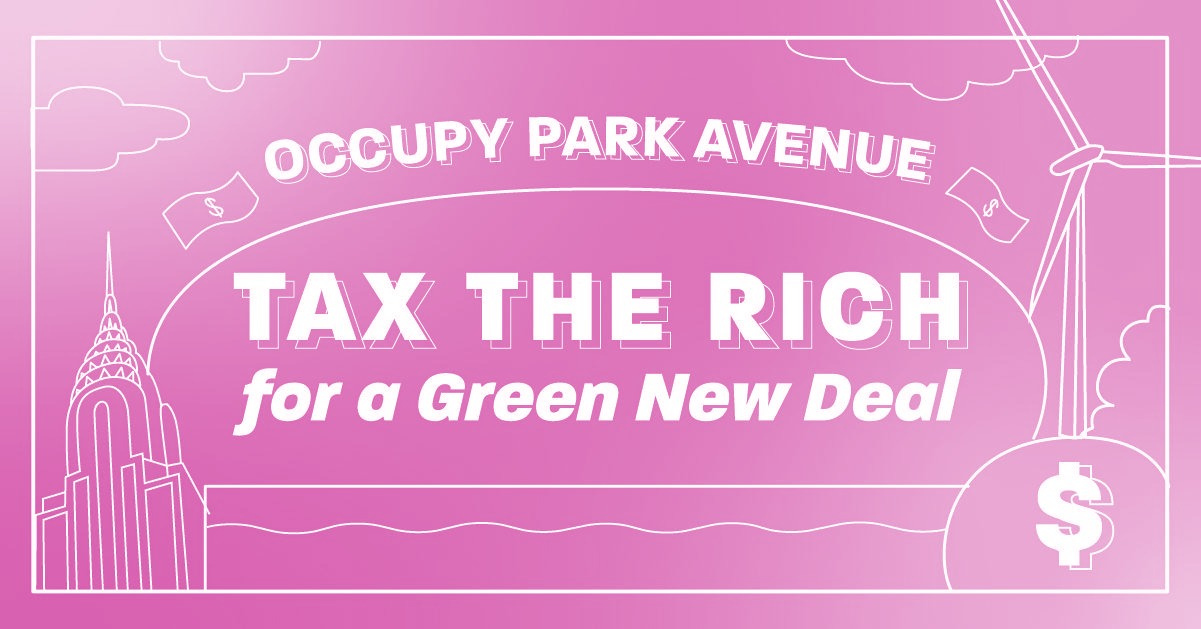 Join us in direct action October 25

The climate and inequality crises are killing us.

Hurricane Sandy ravaged the tri-state area nearly 10 years ago. Since then, instead of addressing the crisis, people got left behind… never helped, still hurting.

Meanwhile, emissions keep climbing, driven by the extravagant lifestyles of the 1% and the greed of the biggest corporations. And as the rich keep getting richer off their plunder of people and planet, ordinary people can’t make ends meet.

It’s time to tax the rich to pay for a statewide Green New Deal.

Governor Hochul must tax the rich to pay for a statewide Green New Deal. Buildings are the top source of the state’s climate pollution, while rents and housing costs are out of control. With about $10 billion per year, New York State could fund a Green New Deal, taking all buildings off fossil fuels and creating deeply affordable housing for hundreds of thousands.

We will commemorate the upcoming 10th anniversary of Hurricane Sandy with sustained protests on Park Avenue to demand Hochul tax on the rich for a Green New Deal.

We will protest October 25, the 10th anniversary of Sandy’s landfall in New York. Each day, we will highlight a corporation and CEO that is torching our planet and impoverishing our people. We will shut down Park Avenue.

We’re at a critical juncture in history. It’s time to take the fight to the rich, directly, so they feel it and see it.

Some thoughts to consider when partaking in this event:

Which role would you like to take on during the actions?

Do you have any accessibility needs you want us to know?