No Sanctions on Iran! 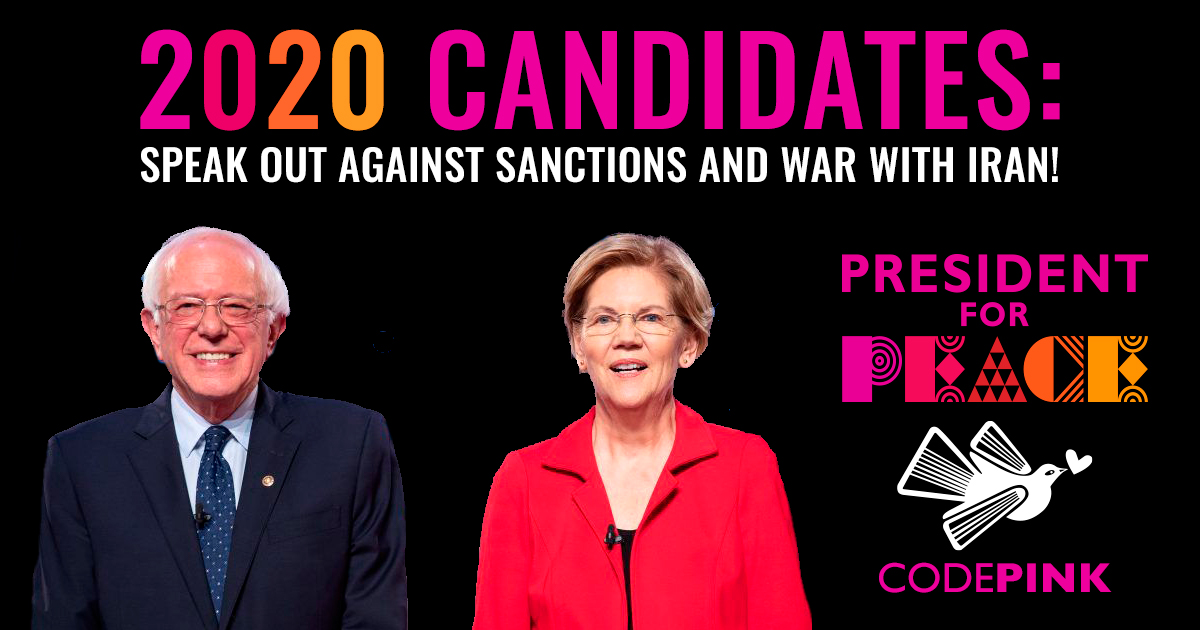 Trump is playing with fire in his escalating attacks on Iran--ratcheting up sanctions even further, sending more troops and weapons to the region, condemning Iran’s “blood lust” at the United Nations. We are dangerously close to war with Iran, and Iranians are already suffering from “economic warfare” via brutal sanctions. The 2020 Democratic presidential candidates have a voice on the national scene right now--let’s ask them to use it to prevent war with Iran.

Fill out the form below to send the candidates a message urging them to make public statements opposing military intervention against Iran and calling for the sanctions to be lifted.