Nikki Haley: Do Your Job!

Nikki Haley: Do Your Job! 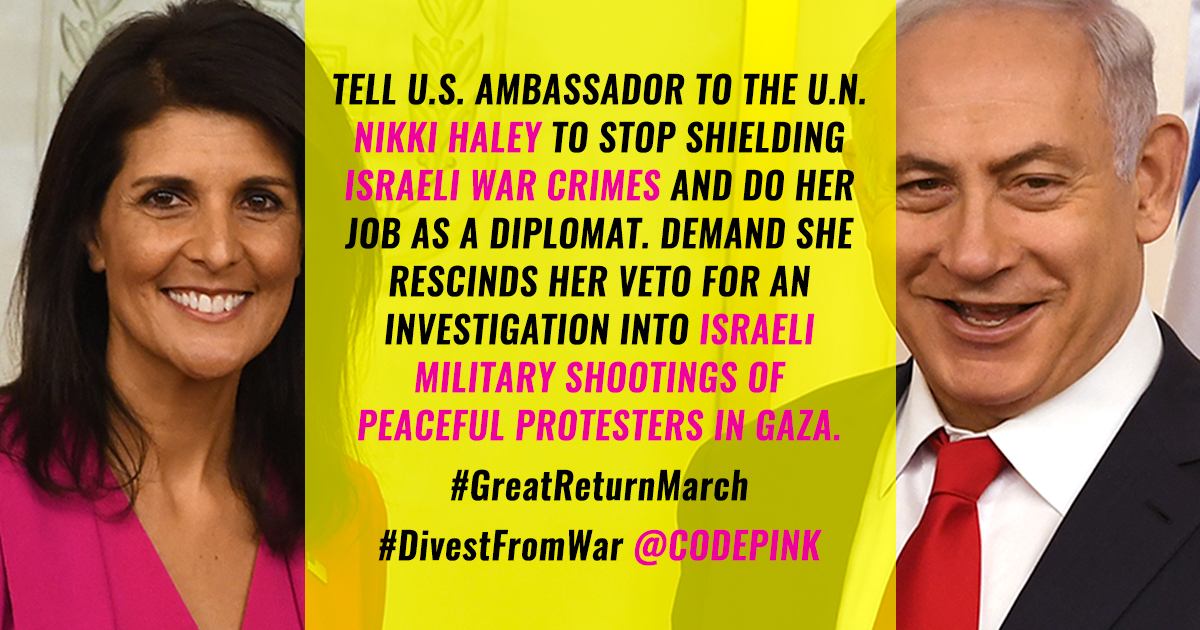 Since March 31, 2018, Israel has been shooting live ammunition at peaceful Palestinian protesters in Gaza. Over 30, including journalists wearing vests that easily identified them as press, have been killed and over 2,0000 have been injured. Rather than doing her job as a diplomat, Nikki Haley has been blocking UN investigations into the killings. The US is the only country in the UN security council that is preventing an investigation from taking place. See video of CODEPINK confronting Nikki Haley here!

The international community wants Israel to be held accountable for its killing of peaceful Palestinian protesters in Gaza.

We demand that you immediately rescind the US veto of the UN Security Council draft statement calling for an independent investigation into Israel’s deliberate and brutal attack on Palestinian protesters in Gaza. Instead of acting as a shield for Israeli war crimes you must do your job as a diplomat.