My Father: At Last, No Longer a Refugee 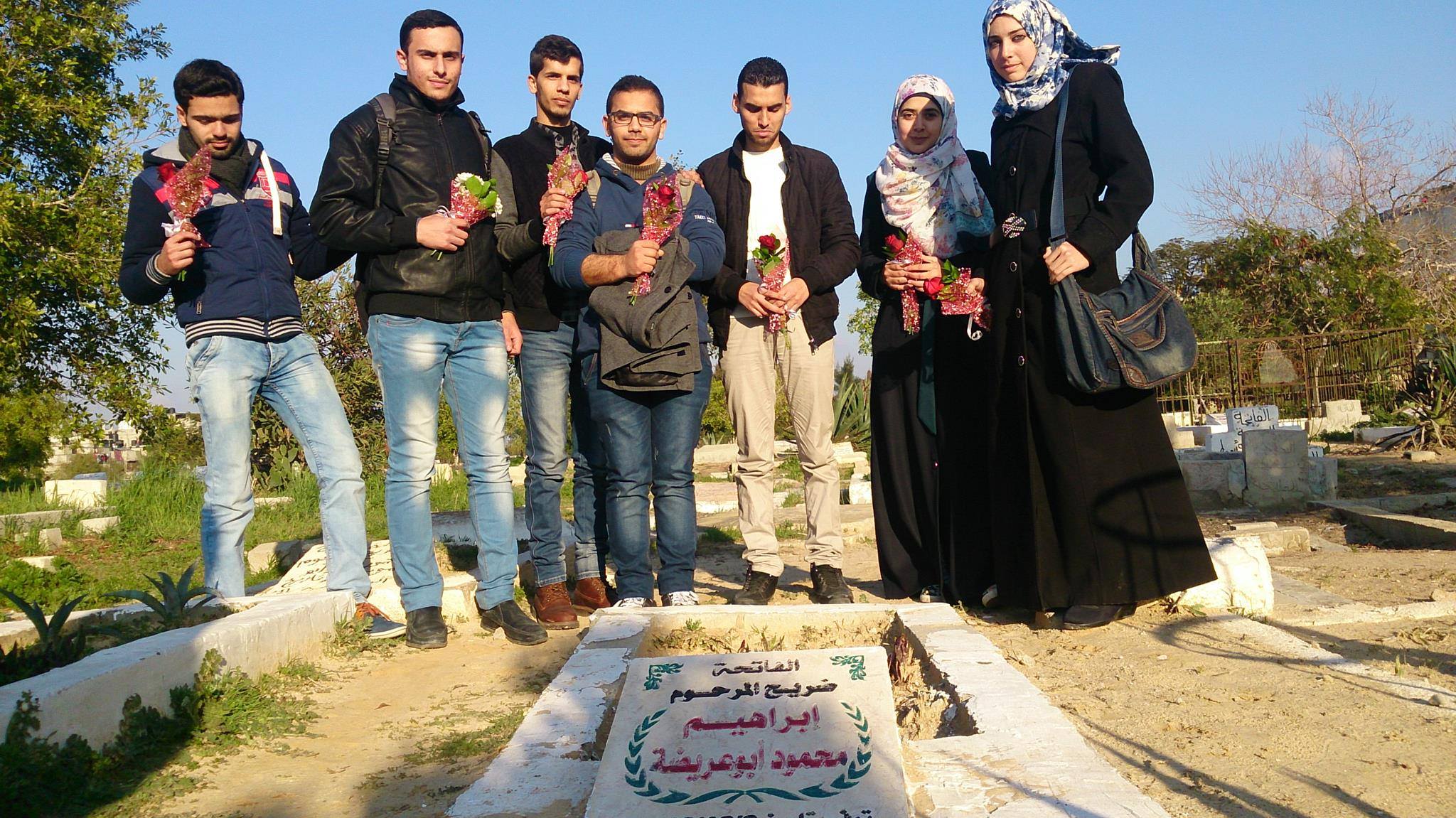 We Are Not Numbers writers visiting Huda's father's grave

It has been about three years since it happened—three years before I finally gathered the courage to ask my mother to share the story of her visit to Gaza with my father. I had always asked questions about it, but each time when I wanted to ask for more detail, tears covered my face and my voice shook. Neither could my mother continue speaking. But this time, I decided to ask for the complete story, to be brave and ask for all of the details.

In the summer of 2012, my father decided to visit his family in Gaza. Previously, many obstacles had prevented him from going. When we were young, he was afraid of leaving us, since once he was in Gaza he might be prevented from returning to Lebanon for a long time due to closing of the Rafah crossing into Egypt or blockage of the tunnels. But finally, he said, “45 years of being away from my family, away from Gaza, are more than enough!” 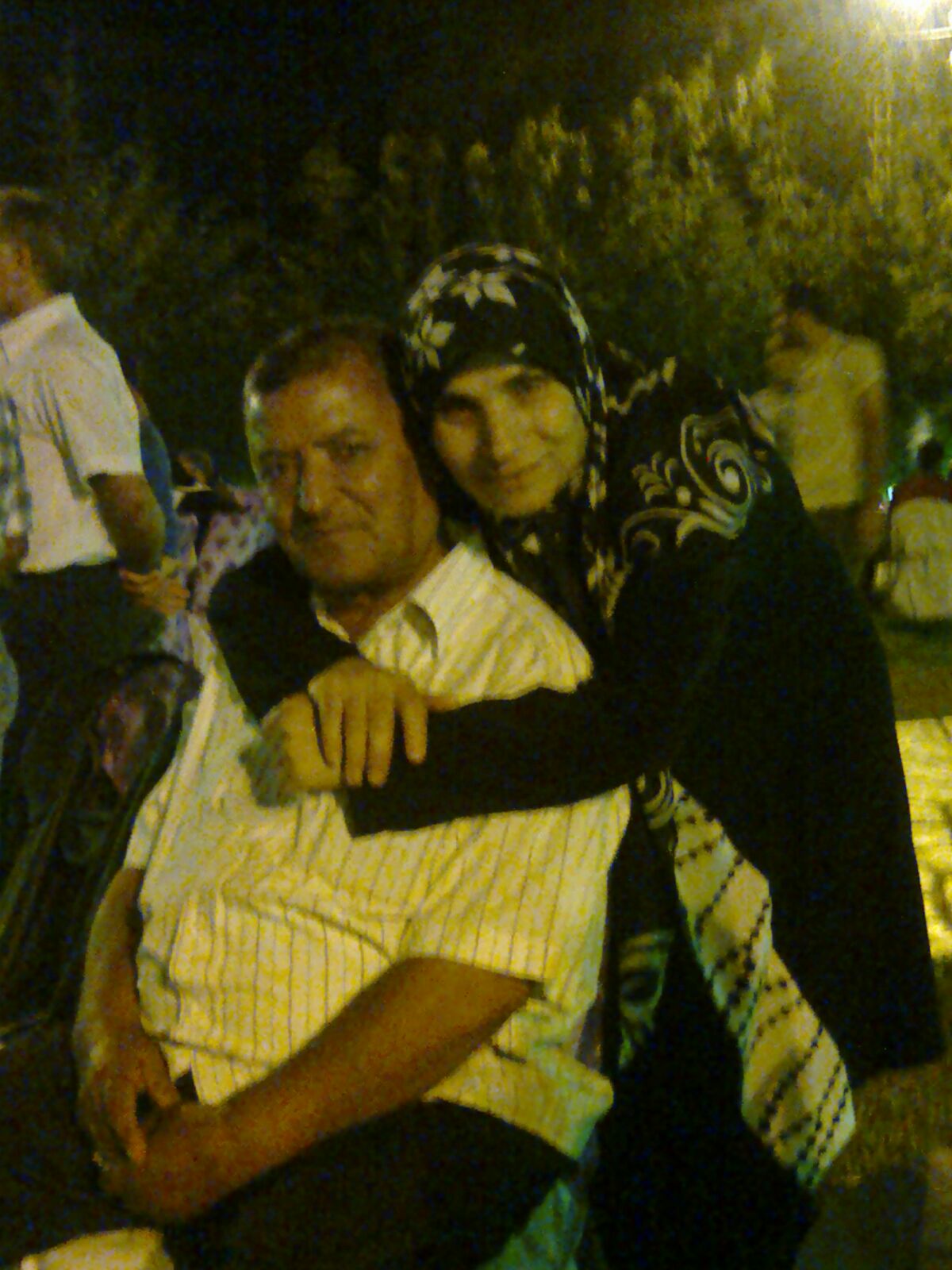 After getting their visas to enter Egypt, my mother and father started preparing for the trip. My mother was more than happy to buy gifts for his family there and to accompany him. She was his partner. When they first met, she was a young, beautiful girl from Rishknanay, a small village in South Lebanon; his heart chose her to be his wife, although her father refused at first because he wanted a better husband for her, better than a Palestinian refugee who had joined the resistance movement. However, my father was determined and they married at last.

At the time of his departure to Gaza, my brother and I were the youngest in the family, 17 and 18 respectively, and thus the only ones still going to school. The rest had graduated from universities and gotten jobs; three were married and one was engaged. My father had first left Gaza when he was my age, joining the Palestinian resistance in South Lebanon. Being a teen, with this kind of responsibility and living all those years without his family, he was eager to form his own connections. He made sure to give each of us as much love and care as the ones he no longer could see. He used to wake my brother and me early in the morning, preparing our breakfast just on time before we left for school. During 12 years of school, my father kept his timing perfectly accurate every day, which impressed me all the time. I can’t forget our long chats in the mornings; I left school every day with a hundred ideas to talk about.

He was always there for me. I talked and talked and he listened; only then would he give me the advice I needed. For me, he was everything, my friend and my guide. When he looked at me, he knew immediately what was going on inside. I couldn’t hide things from him even if I tried.

I remember one night when I had a fight with my brother and I didn’t want my father to know. I locked my room and cried a lot, then washed my face and sat a distance away from my dad. I was thinking that due to his poor eyesight and the darkness, he couldn’t see I had been crying. I won’t forget how he said, “you think I am too old to see your tears, but I can still feel them, dear!” I couldn’t help then but hug him and cry some more.

What joyful days we had in winter, when we all sat around the stove and he told us stories or guessed the meanings of English words. Sometimes we sang the songs of Abdel Halim [a popular Egyptian singer] together. These memories will take up a large place in my heart and soul for the rest of my life.

The journey to Gaza

When his departure day came, my dad was so excited; I had never seen him so happy. He wanted to travel as fast as he could; I knew he would miss us a lot, but 45 years of waiting was too much. I remember our last hug, when I cried and told him I was going to miss him; it was the first time my father had left us alone. I wanted to tell him not to go; however, I was so happy he would see his family at last. He told me, “take care of yourself and your studies, good things are waiting you in university,” then tightened his hug. Good-byes were said, they left and his one-month journey began.

On the plane, my mother said, my father was so excited; he kept awake during the short flight of around an hour and a half. At the airport in Egypt, Khalid, one of my cousins, was waiting to give them a warm welcome. They had to stay in Cairo until the dawn of the next day before they could leave for Gaza. They travelled by car to the Egyptian port of Rafah, where Khalid had arranged for them to go into Gaza through the underground tunnels. [It was easier to enter and leave Gaza back then, but it still was difficult for Arabs, especially Palestinians, to enter legally due to Egyptian restrictions. Many people resorted to a maze of tunnels.]  My mother was astonished by what she saw; she had always heard about the tunnels, but hadn’t imagined them to be so huge. She told me, while laughing, “I thought I was going to enter on my knees, or at least have to lower my head.”

They had to walk about 1 km in the tunnel, so I had to ask my mother, “what about old or disabled people?” She told me there was a motor at each end of the tunnel and a barrel cut into half was connected to each and used to transport old or sick people as well as heavy luggage. While she tried to hold back her tears, my mother remembered how my father ran in front of everybody; he wanted to get to Gaza so fast.

When the tunnel ended, there were three cars full of relatives waiting for them. When they saw my mother and father coming, they started getting out of the cars and waving their hands; the hugs and kisses started. Many of them had been born after my father left; however, the power of love in Gaza is beyond that. After this lovely chaos ended, my father looked up at the sky with a huge smile, smelling the air. They all got into the cars and drove to the house of one of my uncles. Three of his brothers had died before he could see them again. One of my aunts started hitting a drum with her large hands, and all of the family sang and clapped together. Then they started fighting about where my mom and dad were going to sleep; each one of the relatives offered a room in his or her house. They finally agreed to let them stay in one of my cousin’s apartment that he was preparing for his marriage.

On each day, my mother and father were supposed to have lunch at an uncle’s house, a cousin’s house or an aunt’s house. One of my aunts was living in Khan Younis, another town in Gaza, so they stayed there for couple of days and attended a wedding there. Days passed and my father was so happy to finally be with his siblings and meet their families, receiving all of the love he had missed. 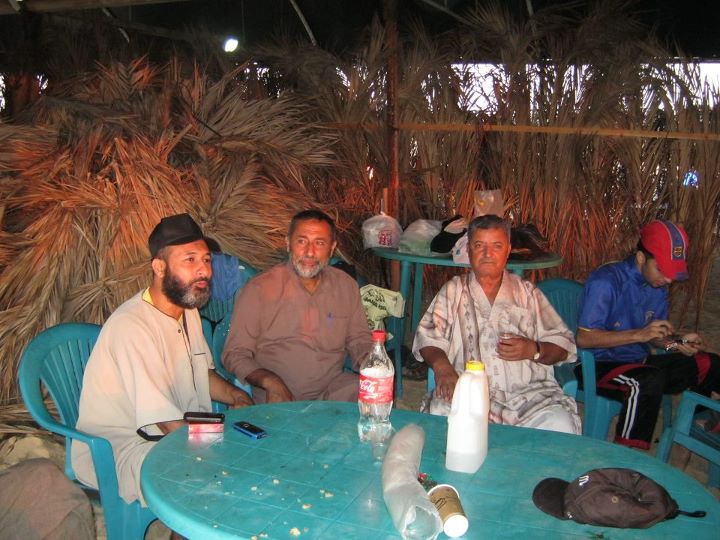 Happy days are too short, though, and the time to return to Lebanon was coming. They were supposed to leave on a Saturday, and on the Friday before, all the men went to the sea, while the women prepared food and chatted. I knew my father loved the Gaza Sea; he always talked about it with us and told us how good he was at swimming. The men went back home at noon, and my father asked to see one of his childhood friends. His friend came and they sat together chatting and laughing about old times, about the football team they had in school and their memories together. From another room, my mom heard my dad sing an old song.

Then suddenly, my mom heard a scream. One of the kids ran inside, yelling that my dad had fallen on floor. Everyone ran to see what happened, and his friend helped him to a car with the help of my cousins and my mom. They tried keeping him awake while they drove to Najjar Hospital, but he vomited in the car and was not completely conscious. In the hospital, the doctor said it was a heart attack. They transferred him to the European Hospital in Khan Younis, where he stayed for a week under surveillance. He seemed good then; he ate and talked normally. But… he felt pressure in his eyes and he couldn’t see properly. During that week, all of the family members took turns sleeping in the hospital to take care of him.

The next Friday afternoon, my mother went home from the hospital to rest. She woke up early, and found some of the male relatives dressed as if they had come from somewhere. She asked where they had been, and they told her they had been at the hospital; my father had had a second heart attack. She started screaming, “tell me what’s wrong with my husband! Take me to him!” Then they told her he had passed away and tried to calm her down. My mom fainted and found herself in a room with my aunt, crying next to her. She went back outside to see the men bringing his body to the house to wash him before the funeral. She realized then that it was true; she had lost her husband and we had lost our father.

My father was buried in Gaza, the place where he wanted to die. It was so difficult for her to leave Gaza without him, without a piece of her heart. But she knew well that this had been his dream. We all remember my father saying he feared dying as a refugee; he feared being buried outside Palestine. My father was a man who served his country, joining the resistance against Israel. He was a man who formed a family and educated all of its members, despite all difficulties. He was a man whom I will respect and be proud of the rest of my life. May your soul rest in peace my father. Dreams do come true; you are no longer a refugee! 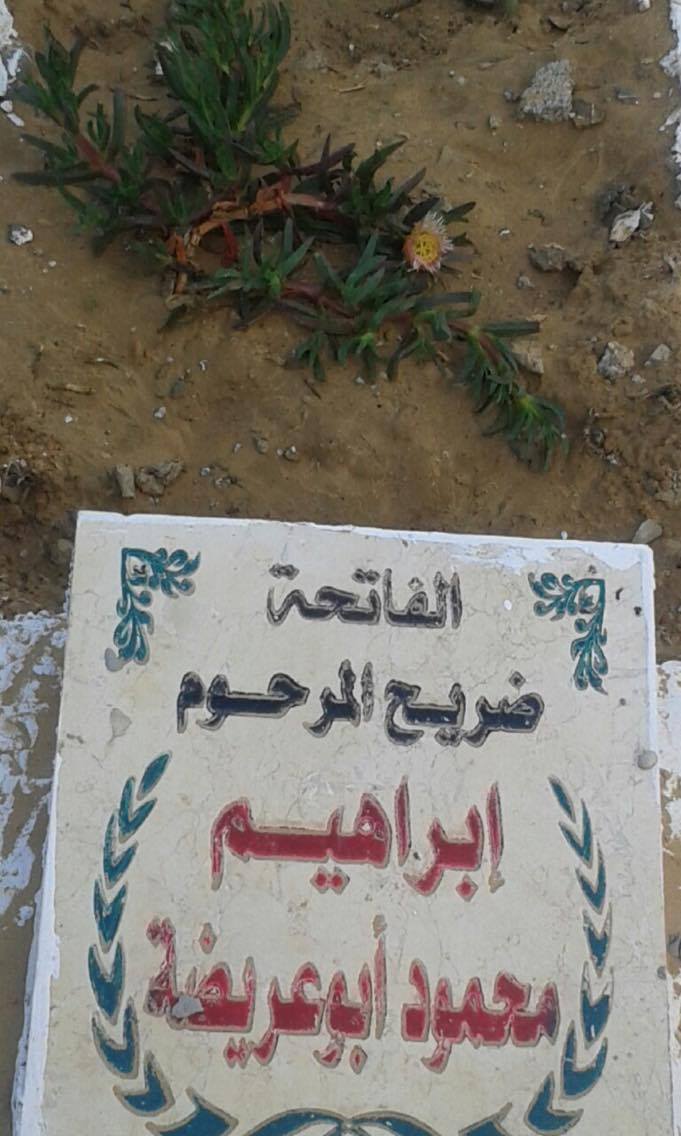 Huda Dawood, 21, is a Palestinian refugee from Saida, Lebanon, as well as a writer for We Are Not Numbers. This is Huda's senior year at American University in Beirut, where she is studying economics with a minor in mathematics.