MONEY FOR WAR; NOT THE POOR: CODEPINK'S STATEMENT ON THE $858 BILLION DEFENSE BILL 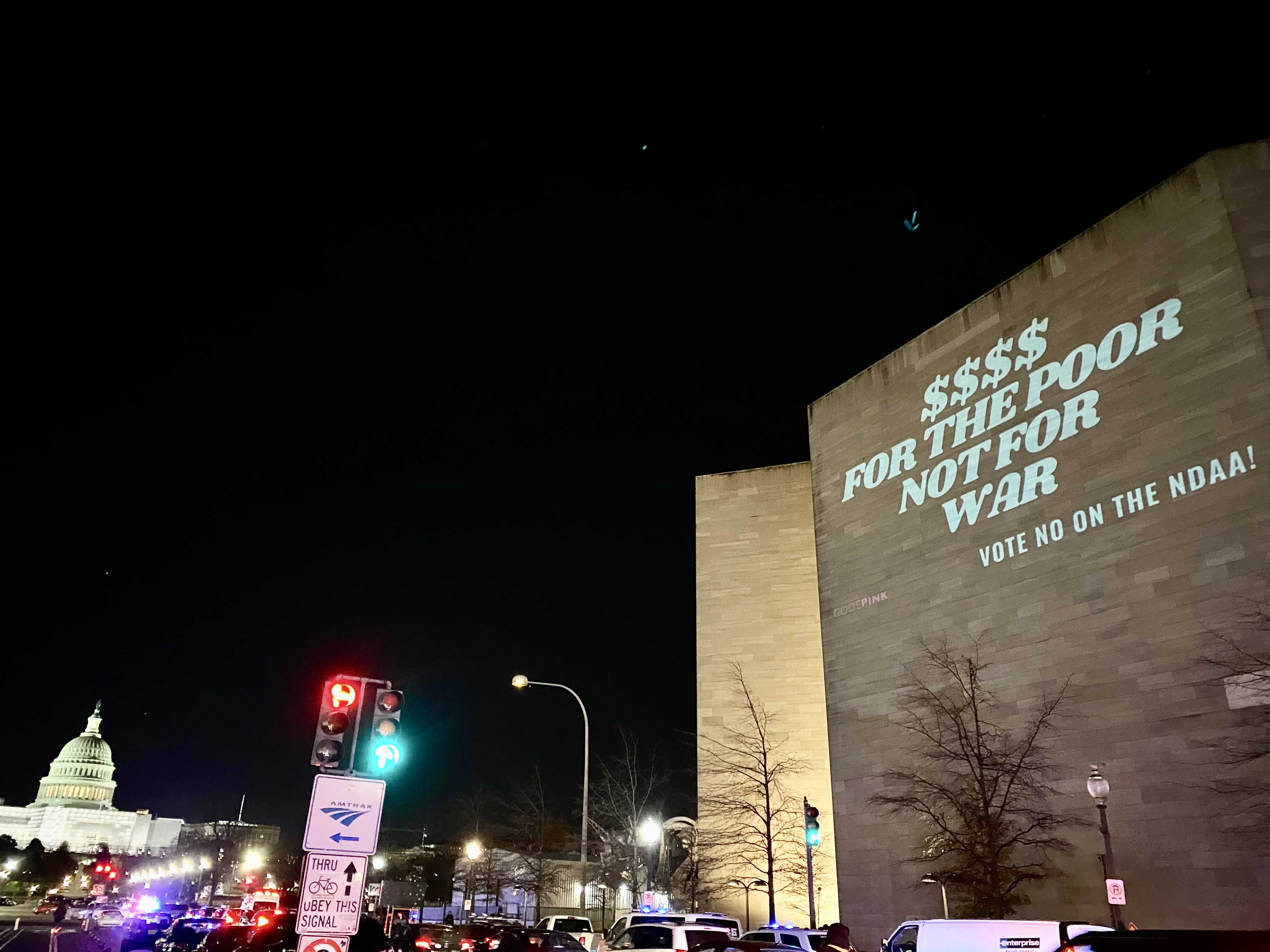 Budgets like the NDAA (National Defense Authorization Act) are moral documents. What this “defense” budget is saying to every person in this country is that the people in power do not care about us. Bought by the war industry, they ONLY care about their own profits. They would rather give almost a trillion dollars to death, destruction, and war profiteers than meet the needs of the people.

The NDAA is NOT about national defense. It is about sustaining a war economy that only benefits the corrupt and immoral while leaving:

While constituents live paycheck to paycheck and drown in debt, Congress will award the Pentagon $858  billion, over half of which will go to private companies who profit from the war economy.

War only seems like common sense to the people who get rich from legislating it. Members of Congress invest in weapons companies, and their campaigns are funded by those companies, too! That’s why they vote for arms deals, support for overseas wars, and massive Pentagon budgets.

If common sense were to prevail, President Biden would veto this budget  and instruct Congress to use these resources to  address the climate crisis, the world’s common enemy. They would invest in infrastructure and education, free healthcare so our illnesses can’t be turned around for profit. They would provide student and medical debt relief, and everyone has a roof over their head.

Elected officials, who trades war stocks, are telling us that an arms sale or buying another F-35 fighter jet is in our best interest. The people know what we want, and it’s not endless war.