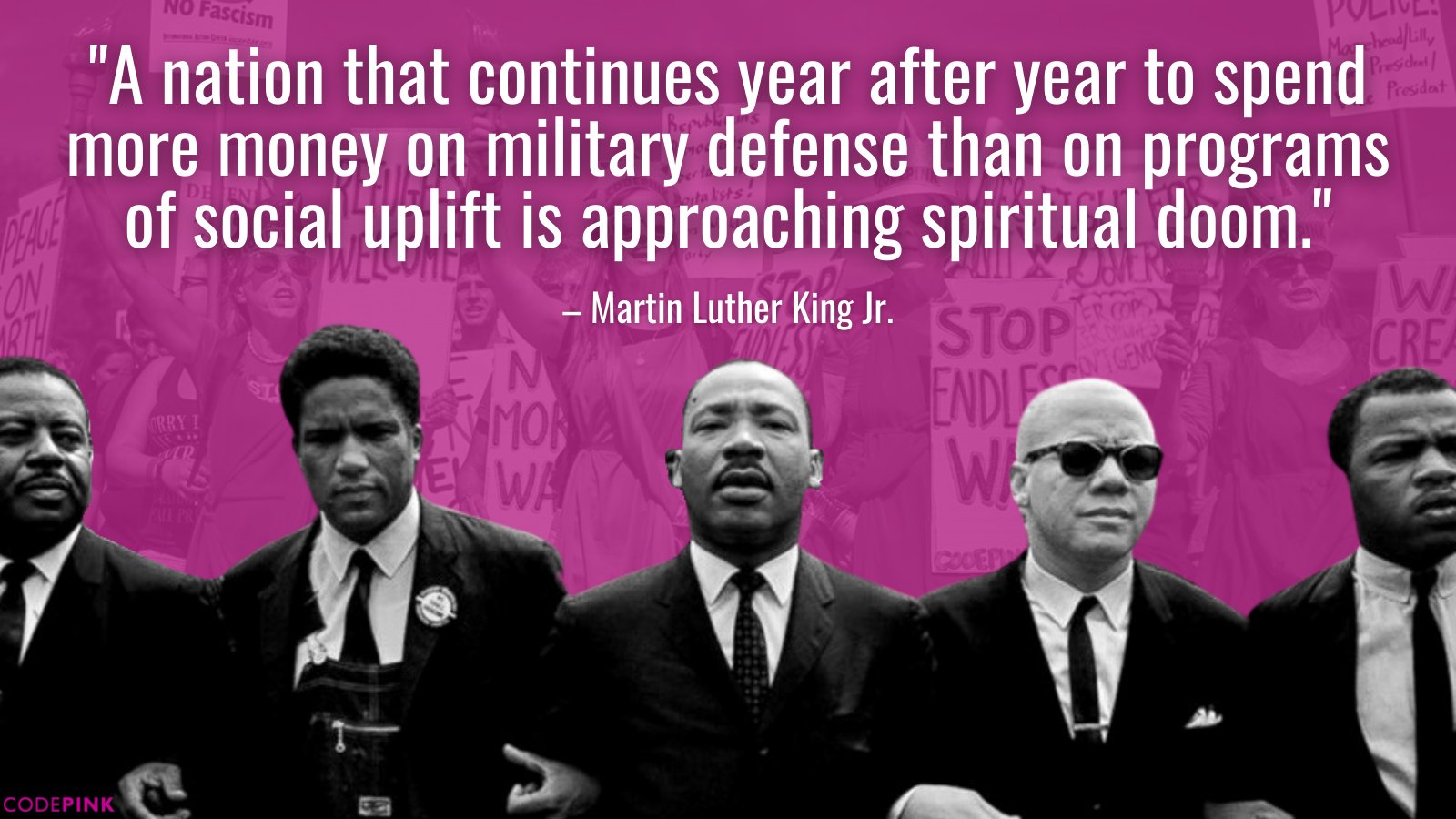 Join the LA local CODEPINK team Jan. 16th @ 1pm on MLK Blvd. and Western Ave., where we will march to Leimert Park with participating progressive organizations, community groups, students and more honoring Dr. King's messages against U.S. war - including especially today's build up towards World War III by this government.

King’s Beyond Vietnam speech specifically motivates CODEPINK to carry out the anti-war and anti-racist work that is so critical to the movement for people and our planet. In this speech Dr. King stated that “adventures like Vietnam continued to draw men and skills and money like some demonic destructive suction tube” while basic needs, especially those of the disenfranchised, went unfulfilled.

“I am convinced that if we are to get on to the right side of the world revolution, we as a nation must undergo a radical revolution of values,” said Dr. King. More than half a century later, we are still battling to achieve this revolution of values and get those to understand the cost of war and pivot to the call for peace.

Our goal is to bring the real quotes of Dr. King to the forefront of this parade to highlight how his message for peace has gotten lost in the fog of war. The USA's continuation of weapons to Ukraine has shown it is the "greatest terrorist of the world" rather than the "last best hope of the world." These pro-war actions our leaders are taking fundamentally do not agree with King's teachings and we must honor his anti-war legacy in a meaningful way to build a stronger movement for peace.

***Please also join CODEPINK LA at 3pm, following our MLK Peace Walk, as we gather in a comfortable setting to discuss organizing ideas for our LA International Women's Day 2023 event. RSVP for address.