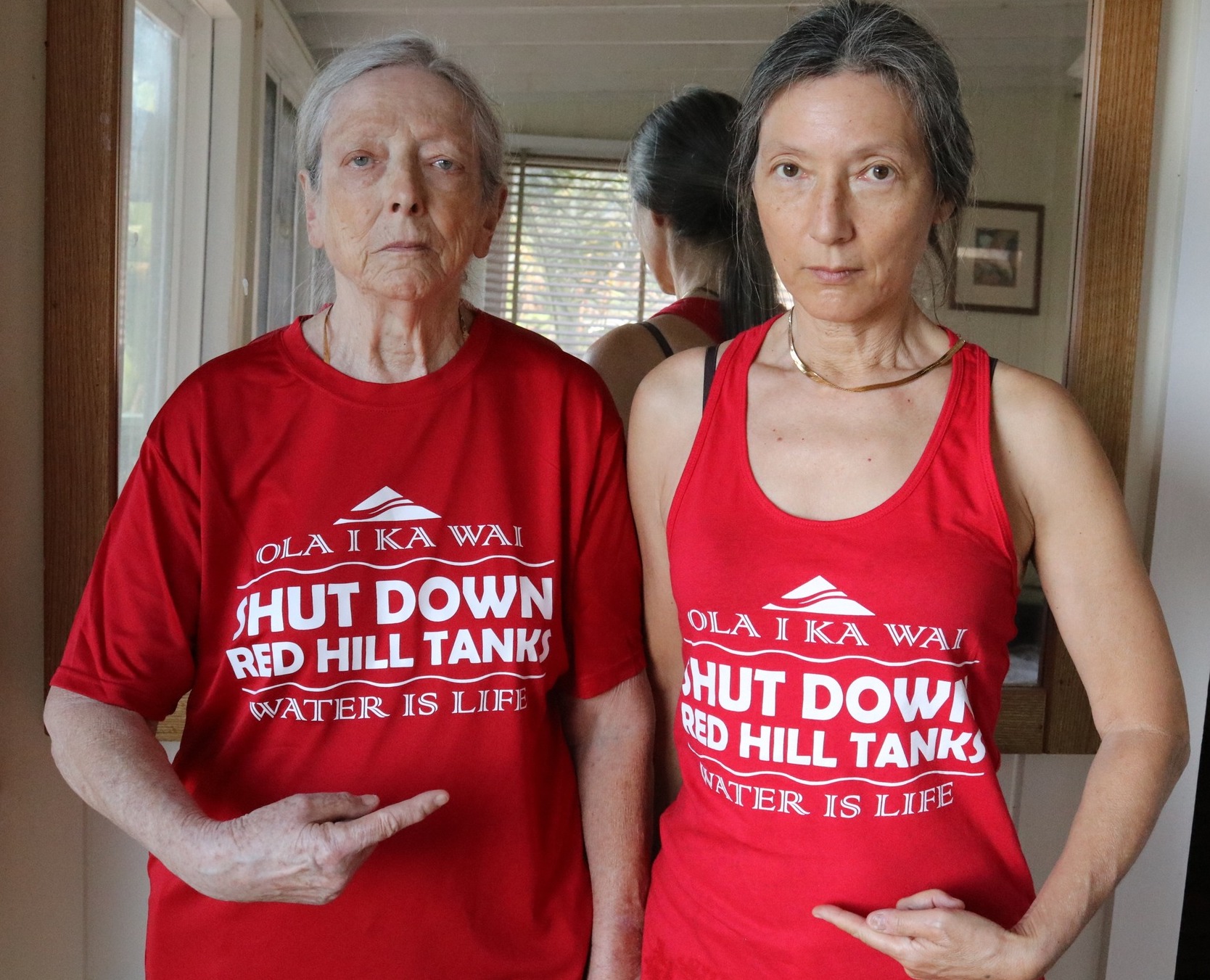 I have to admit, the experience of being on Oahu was chilling.

Because, it is here that toxic decisions are made that impact our beautiful Pacific for generations. You see it all around you. Just pause, look behind the edifices, adjust your eyes to the shadows, read between the lines. This is how to glean clues on the classified plans now underway for war with China. They are affecting us all.

They say the Red Hill tanks can’t begin draining until the end of 2023 at the earliest. Congressman Kai Kahele pointed out a provision in the National Defense Authorization Act that says that drainage depends upon the military’s ability to provide fuel for war by alternative means.

In other words, the purity of our drinking water is not as important as the Pentagon’s assessment of warfighting capabilities.

Right now, two alternative fuel storage facilities are being built. One of them is on pristine Larrakia land in northern Australia. The other is on Tinian, one of the lovely northern Mariana Islands.

We never hear about opposition overseas to construct these fuel tanks, nor the grievous cultural and environmental impacts, nor the fact that during any conflict, it is the fuel storage facility that is targeted by the enemy first, filling the skies with billows of black smoke for days.

Holding my sign at the Pearl Harbor base gate, I notice a Korean flag in the distance. My first thought was that it must be a Korean restaurant. Then, I saw shimmering water beyond. Apparently, I was on the harbor banks and the flag was actually attached to a docked warship. Its steel radar equipment peeked up from behind buildings. 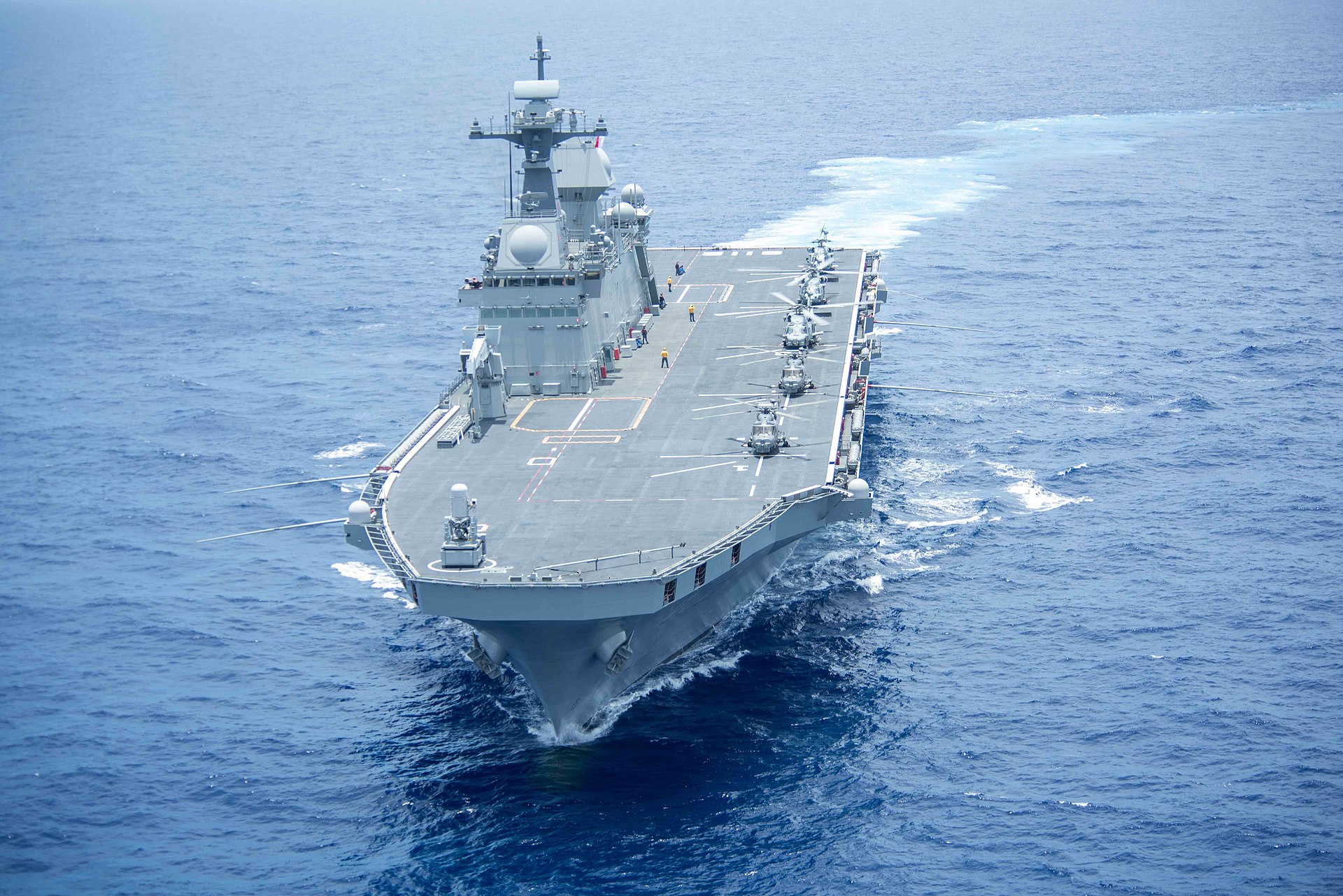 Marado, in military exercises with US helicopters in June 2022

It was the Marado, the gigantic amphibious assault ship — as large as an aircraft carrier — but even more treacherous, because when a vessel that gargantuan plows into a reef, crushing everything on its path before lumbering onto shore to release battalions of troops, robots and vehicles, it is simply stomach-turning.

It is here for RIMPAC to enact the next world war, along with militaries from 26 other countries.

They will sink ships, blast torpedoes, drop bombs, launch missiles, and activate whale-killing sonar. They will wreak havoc on the well-being of our ocean, hobbling its capacity as the single most important mitigating force to climate catastrophe. 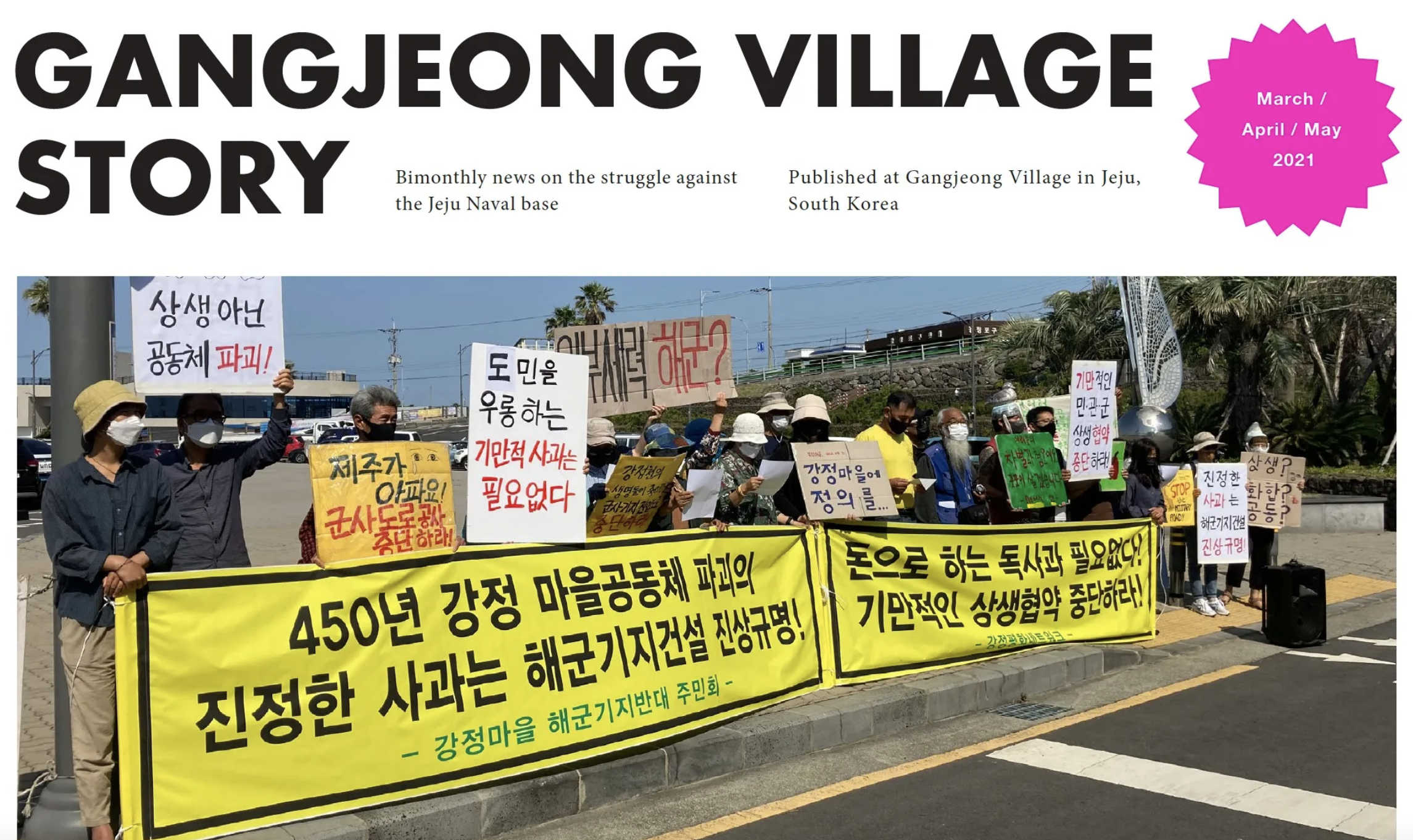 I thought of the Marado berthed, just last month, at the new navy base on Jeju Island, Korea. The base is built atop a wetland, once bubbling with pure, freshwater springs — home to 86 species of seaweeds and over 500 species of shellfish, many endangered. Now paved over with concrete.

I thought of the Marado conducting “amphibious exercises by forcible entry” at Kaneohe Bay, on Oahu. 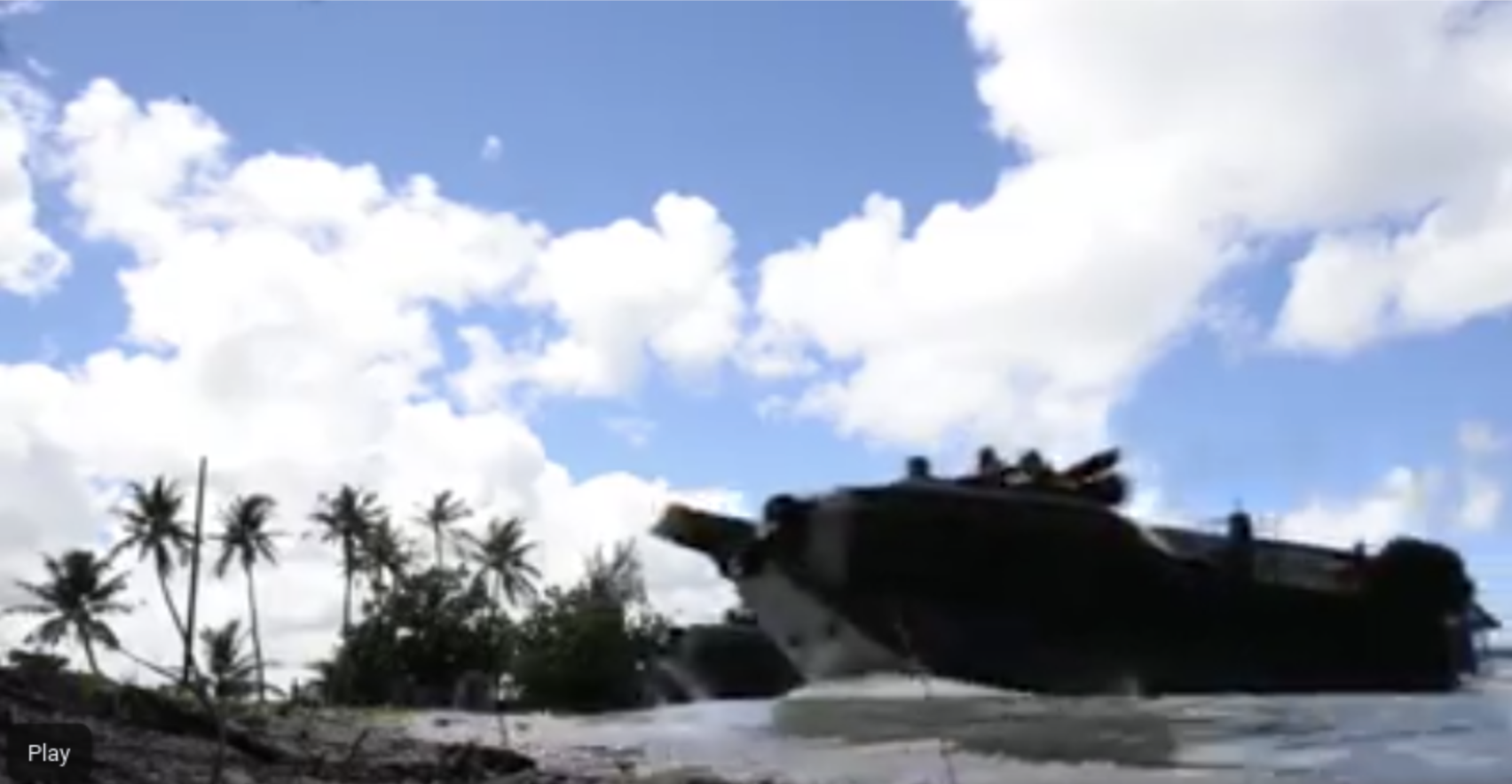 A screenshot from a video called Valiant Shield 16, shared by Pentagon on Facebook in 2016

I thought of it ravaging Chulu Bay on Tinian, where, in 2016, environmentalists forced the cancellation of a Valiant Shield war maneuver because it coincided with the nesting of endangered turtles. When I visited Chulu Bay, it reminded me very much of Anini Beach on Kauai, except that, unlike Anini, it was wild and biodiverse and without multimillion-dollar beachfront homes.

No one would allow such a thing on Anini where celebrities live. But because Chulu is invisible — which is also why it has continued until now to be so kaleidoscopically wild — it and so much of the Pacific have become fair game for unbridled military ecocide.

A weaponized Pacific is a dead Pacific.

And a dead Pacific is a dead planet.

Koohan Paik-Mander, a Hawaii island journalist, is a board member of the Global Network Against Weapons and Nuclear Power in Space, and on the advisory committee for the Global Just Transition project at Foreign Policy in Focus in Washington, D.C. She is also a member of China is Not Our Enemy, a working group at CODEPINK.