Me too: speaking out in Gaza 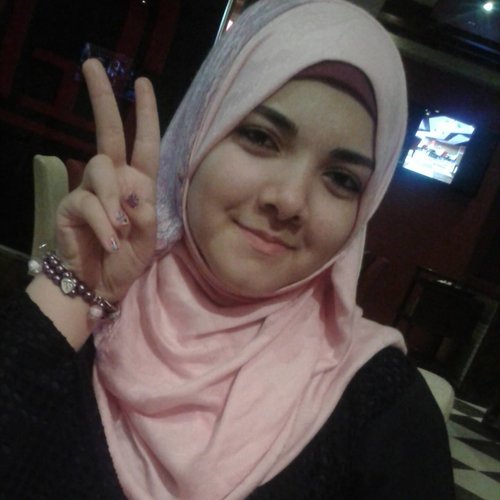 Note from Pam Bailey, the founder of We Are Not Numbers: This story of childhood sexual harassment from a young woman in Gaza, her contribution to the increasingly international MeToo/TimesUp movement, may seem benign to American women. But what is important to realize is that in Gaza, Palestine, the society is highly conservative—and made even more so by the Israeli-Egyptian blockade, which prevents ongoing exposure to other cultures. Just talking about such a subject in public is enough to attract criticism. We must encourage and support these women; We Are Not Numbers is dedicated in part to sharing their voices. When I wrote about my own abuse, Omnia bravely stepped forward and shared this memory.

I’m afraid to write. I am shaking. My fingers are trembling. I’m afraid to type, afraid to let it out, afraid of criticism, afraid of judgment. Speaking is easier, because words disappear once you utter them. Writing is different; it leaves a trace, imprinted in the reader’s mind like black dots after staring for too long at the sun.

I see pictures of that day in front of my eyes. I close them, trying to shake my deepest, darkest thoughts away. I fail. I see them vividly and clearly. It comes in flashbacks. Everything takes me back there. All of my senses take me there. It’s no longer a memory. I am there in that aisle, that damned aisle.

It was a winter day. It was a weekend during the vacation between two semesters at school. I was in middle school and about 11 or 12 years old. I had just hit puberty and still new to the “hijabi” world. (Muslim women are expected to don a headscarf once they reach puberty as a sign of modesty.) Damn puberty.

That day, my cousins visited and we all went together to a store, just for fun—five kids ranging in age from 9 to 15. As we entered, each of us went looking for the things we wanted. I used to love to make crafts, so I went searching for the aisle with art supplies. I found it and was on my own. I examined each item, from glue to glitter to stickers. At the end of the aisle, there was a section for musical instruments: guitars, keyboards, drums. On the top shelf, there was a blue guitar. I love guitars. Damn music. Damn guitars.

I remember once when my dad and I went to a store just for musical instruments and I stood there, mesmerized by the different colors of guitars. I didn’t know how to play one; I just wanted to own it.

I couldn’t reach that blue guitar, so I called for one of the employees. Damn shortness.

He came, picked up the guitar and handed it to me. I took it in my arms and turned away. He didn’t leave. I didn’t notice.

I slung the guitar strap around me, extended one arm to reach the end of its long handle and the other hand over the strings. I attempted to play that blue guitar. Damn guitars. Damn shortness.

Apparently, the gap between my extended right arm and my chest was a perfect fit for that man’s hand, and he grabbed my right breast. I still feel his filthy hand squeezing my bosom. I still feel numb whenever I remember that incident. Damn womanhood. Damn puberty. Damn guitars.

I remember my sister once reading a story of a raped woman to my mother. She never uttered the word “rape” in front of me because I was only 11. She whispered it in my mother’s ear. I sat there wondering what the word was until curiosity led me to the newspaper and I read it on my own.

For days, weeks, maybe months, I watched my stomach. I thought I might get pregnant. The prospect tormented me. “Pregnant at the age of 11.” I prayed the five Muslim prayers and more, seeking forgiveness. “I am a shame to this family,” I thought to myself. I would be whispered about like the word “rape.” Damn society.

I honestly don’t remember that man’s face. His features were erased out of my memory the moment I left him. It is a blessing, I believe. If I still remembered him, I would see his face in every guy I met. I would be too scared to be seen, too scared to face others and too doubtful of their intentions.

I remember once when, years after the incident, I asked my mom, “Is it okay for a girl to write or speak out about her experience with physical harassment or rape?” She replied, “What’s the point of it? She won’t benefit anybody. She can write about it as a social problem, but not as her story. She will only embarrass herself by doing so.” But…yes, Mom. I will risk embarrassing myself. And I’m sorry. The writer in me, who won’t be shut up and wants to use her stories to help others, wins over the daughter.

They say time heals. No, it doesn't. I'm 21 now, almost 10 years later, and the memory of that day still haunts me like a wild boar. I think of women who have suffered much worse than what I have—all of the women who have come forward to say #MeToo. Yet, people still blame them for being victims. “They are the victims of their own actions!” No. They are not victims of their actions; they are victims of people who wronged them.

I don’t care what you think of me. I refuse to be a victim; I refuse to be treated like one. That’s why it took me so long to talk about it. But, I overcame it and I’m strong for doing so. I don’t need your approval.