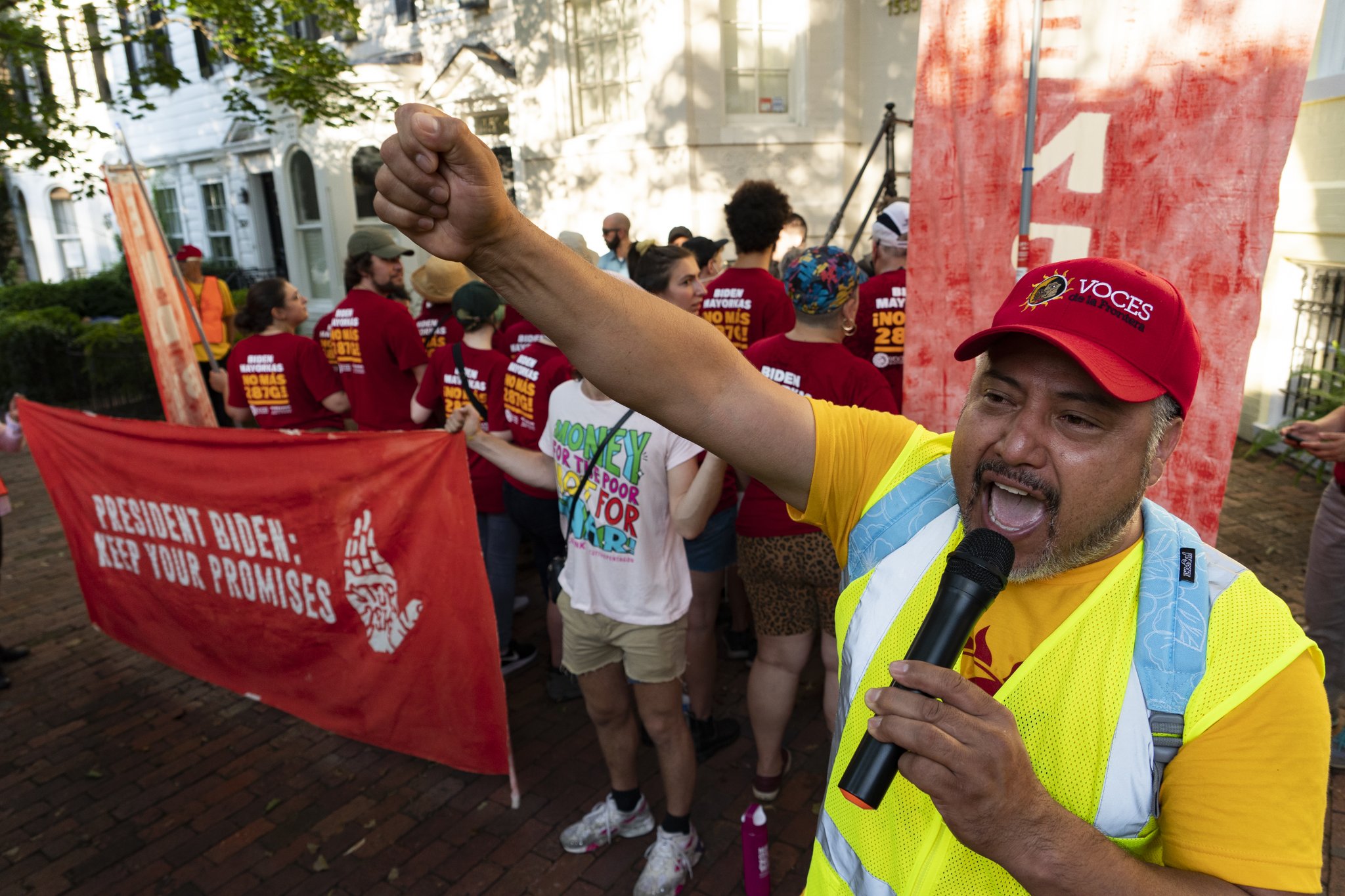 Activists from immigrants rights organizations such as Never Again Action and Voces de la Frontera traveled to Washington, DC from across the country to deliver a message to Department of Homeland Security Secretary Alejandro Mayorkas in his Georgetown townhome on Monday morning: Cancel the 287(g) program immediately.

The program enables state and local law enforcement officers to collaborate with the federal government to immigration law. Under this framework, local governments use local taxes to pay for ICE to train their police officers to enforce immigration law, essentially deputizing as Immigration and Customs Enforcement (ICE) agents. Due to the extraordinary and inhumane latitude the US permits with regards to immigration enforcement, this program not only increases risks of detention and deportation for millions of innocent civilians, it also widely expands the risk of profiling, harassment, and abuse citizens and non-citizens across the country may face at the hands of law enforcement.

During the presidential campaign, President Biden and Vice President Harris had made direct promises to many of the activists present on Monday that they would cancel the program. There are over 150 contracts between ICE and local governments under the program; thus far the administration has only canceled one, though they could cancel all with a single executive order. 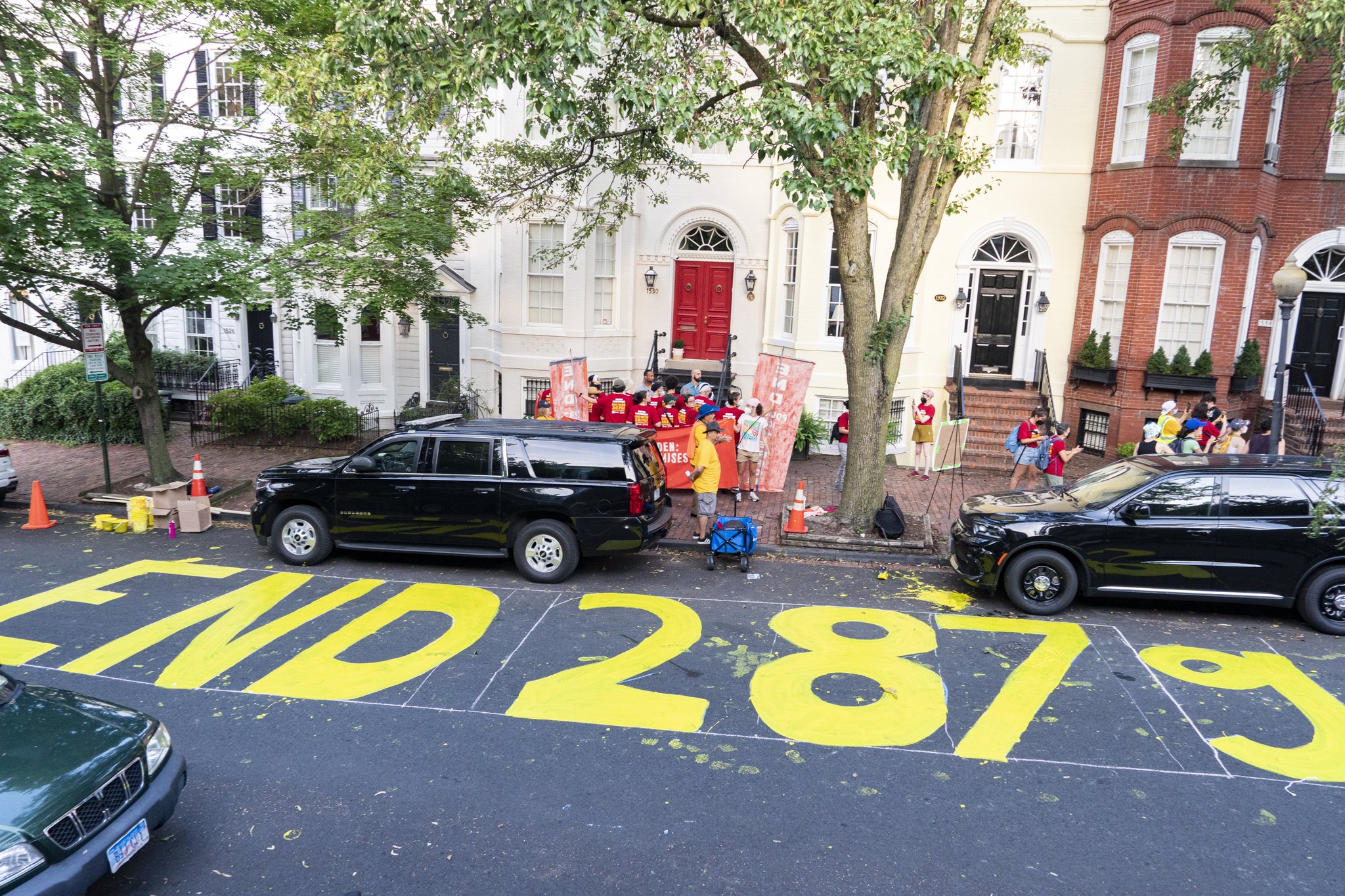 After painting the street in front of Secretary Mayorkas’ house “END 287g,” activists gave the DHS Secretary an early Monday morning wake up filled with testimony, music, speeches, and chants demanding an end to the program, and more broadly an end to the cruel system of border and migration enforcement which strips families away from one another and subjects thousands upon thousands to unjust, often fatal detentions and deportations.

In the aftermath of the 9/11 attacks, we saw not only multiple unjustified US invasions, but also an unprecedented expansion of the US migration-security state with the founding of the Department of Homeland Security, endangering the civil liberties and safety of millions across the country in ways that continue to play out to this day. Since then, while organizations like CODEPINK have been fighting against the War on Terror and its aftermath, organizations like Voces de la Frontera have been fighting against police-ICE terror.

As with the bloated Pentagon budget, DHS funding continues to take money away from life-affirming and planet-serving investments in favor of militarizing and terrorizing communities of color across the world. The 287(g) program particularly goes even further, taking local taxes that might normally go to schools or roads and giving them to ICE. We need to put our money where our morals are, and start investing in our communities rather than tearing them apart–no more detentions, no more deportations, and no more money for police-ICE terror! 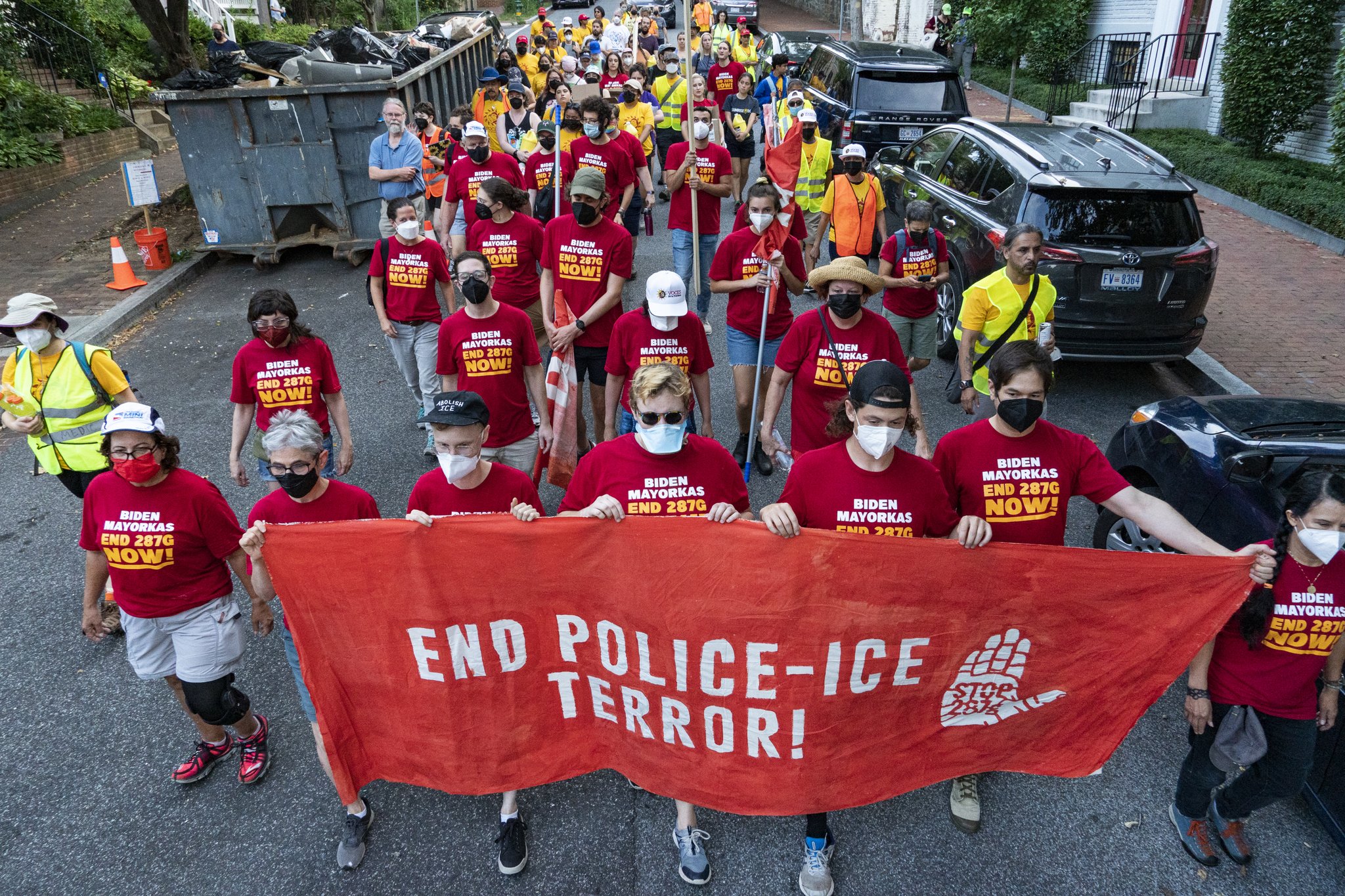