Here is some much-needed perspective on immigrant rights and what all those so-called "illegal immigrants" are doing in this country from the Chicago May Day rally: 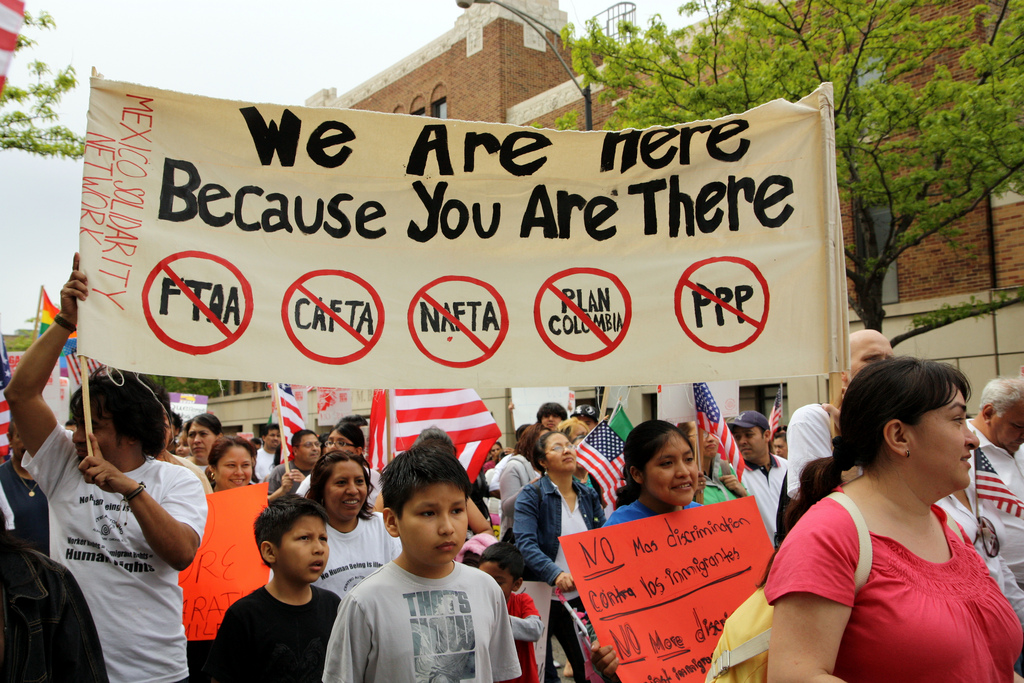 Yes, the United States has a right to control its sovereign borders but polluting, warring, raping, pillaging and exploiting other sovereign countries does generate some transformative processes like immigration!

Make no mistake. Jose is not stealing jobs from American citizens but Goldman Sachs has probably taken over your home. 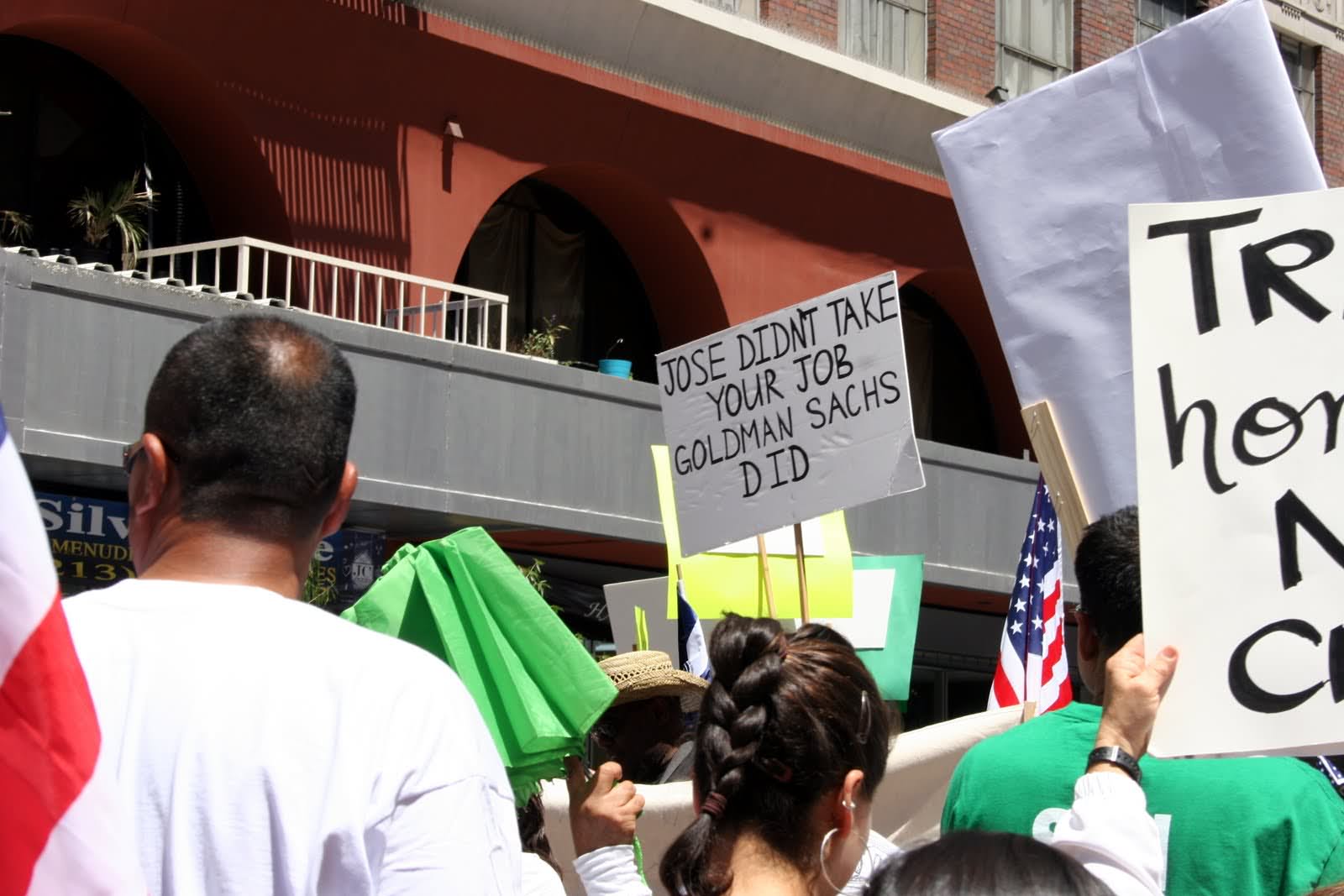 Maybe Arizona and the rest of the country need to persecute the real criminals instead of criminalizing immigrants.

As usual, immigrant youth are at the forefront. This one is from Los Angeles: 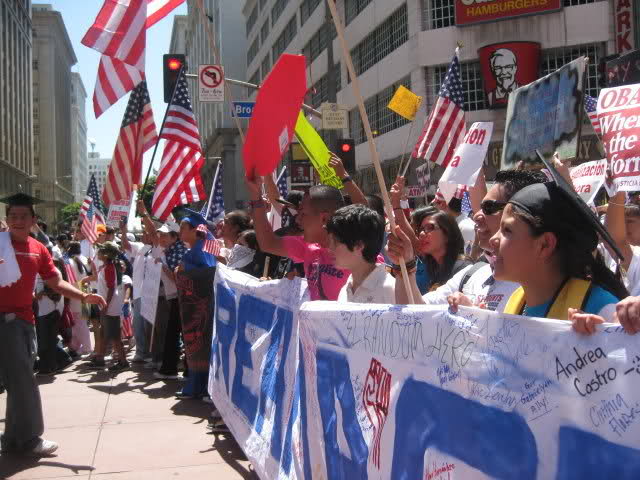 Can you see who is or is not "illegal" from up there? This aerial shot of Dallas taken by Michael Ainsworth shows us the power in numbers: 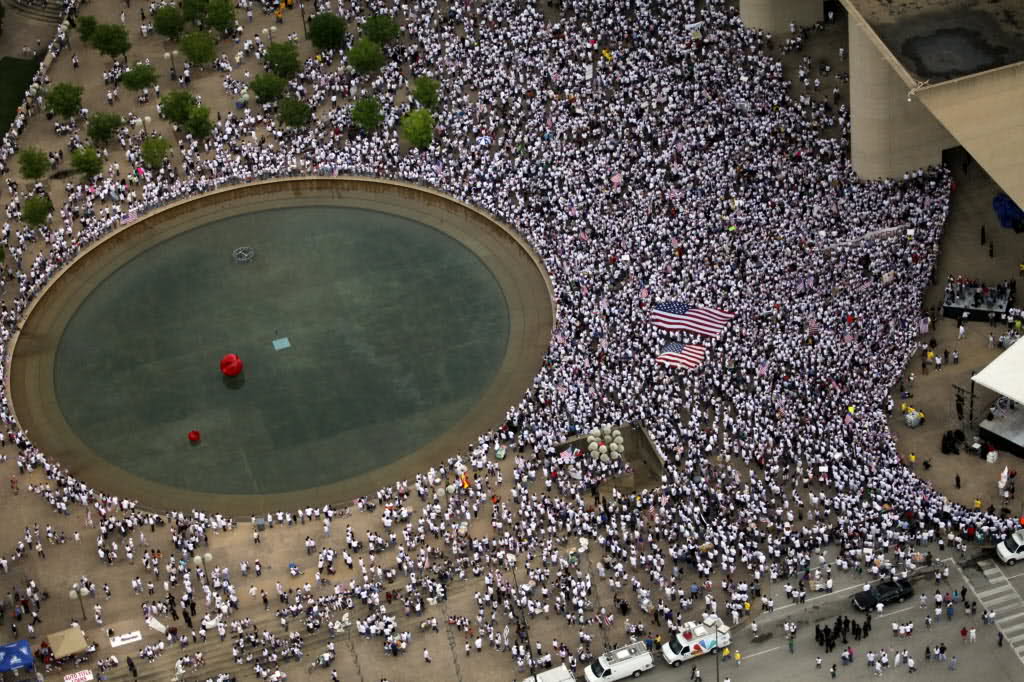 The immigrant rights movement is adopting more civil disobedience than ever before. Representative Luis Gutierrez and other politicos submitted to arrests in front of the White House. The messaging was "Arrest me, not my friends." Maybe it should have been "Deport me, not my friends."

Tactical escalation without strategic thought is not going to get the "movement" anywhere.