Mass Shootings are a Byproduct of a Militarized Society 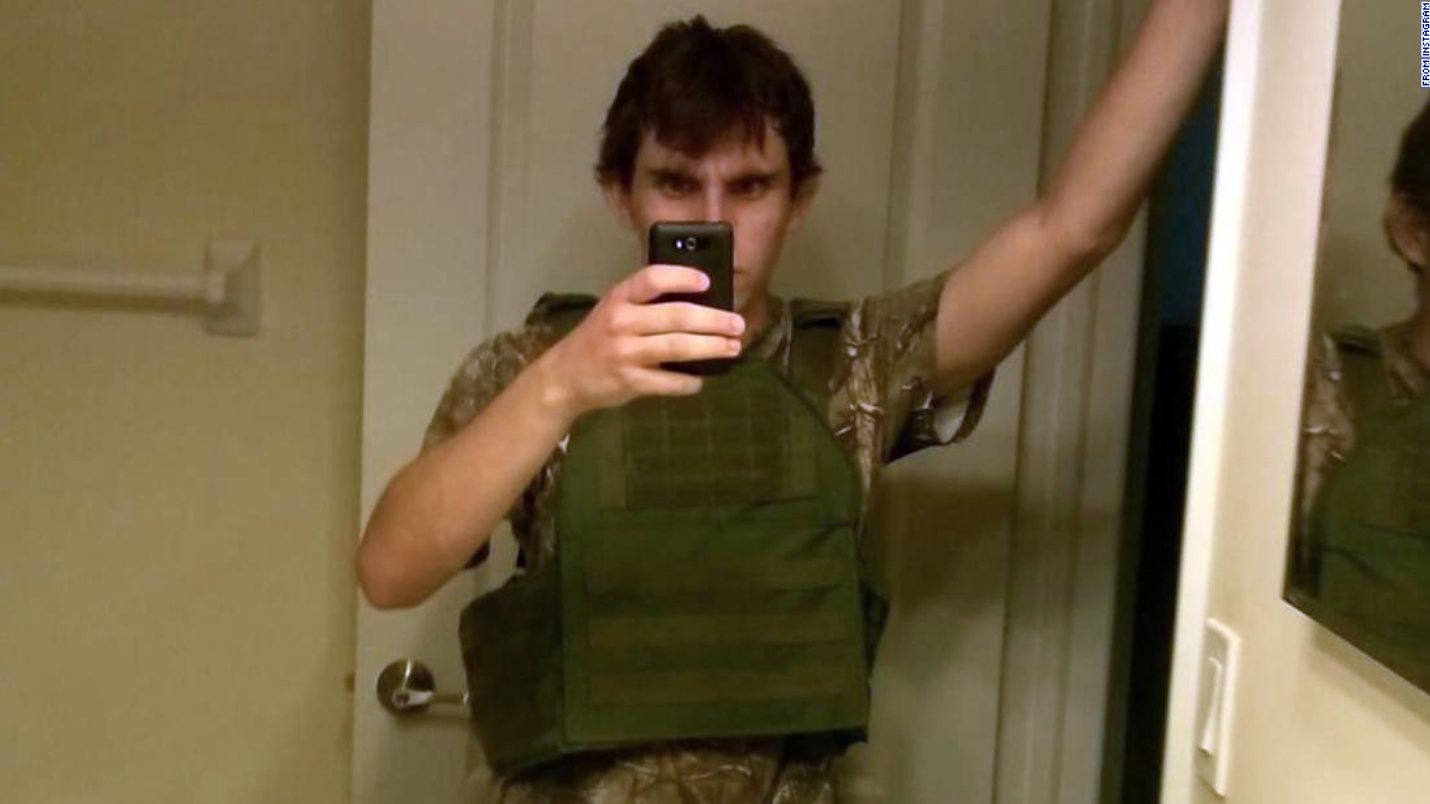 Weapons like the AR-15 and the R-15 are replicas of military munitions, designed to annihilate as many human beings as possible. Civilian use of these guns can hardly be justified by self-defense or any other socially legitimate purpose. If you want to play with high-powered killing machines, Truscott argues, there’s a place for that.

“Go down to your local recruiting station and join the fucking Army,” Truscott writes. “They’ll give you a rifle for free, and all the deadly ammo you want, and they’ll train you with human silhouette targets, and they’ll send you over to Afghanistan, or Iraq, or Syria, or Niger, or some fucking hellhole where there are guys with guns very similar to yours who will be good enough to shoot at you, so you can shoot back at them and kill them.”

The tone of the article is sardonic, but the message is sincere. The author treats “gun nuts” as “loons” while accepting that the use of killing machines by service people is perfectly legitimate. This, the logic goes, is because they’ve gone through the proper channels to be entrusted with devastating firepower.

What’s missing from this narrative is the connection between the US military and the sort of aimless slaughter wrought by mass shooters like Nikolas Cruz.

Numerous articles echoed the same language on Cruz: he was “obsessed with guns.” While, by all accounts, this is true, this framing tells a troublingly incomplete story. Especially when one considers Cruz’s flirtation with that venerable institution, the United States military.

Cruz shot 17 teenagers to death in their school. One student took to Twitter during the massacre, writing: “My school is being shot up and I am locked inside. I’m fucking scared right now.” A place kids trusted to be a safe space for learning, growing and socializing had suddenly been invaded by a random force of insatiable violence.

In March of 2017, residents of Taqba, Syria underwent a similar trauma. United States military aircraft destroyed a crowded marketplace and a school housing displaced people, taking 84 civilian lives--30 of whom were children. Familiar sites of commerce and camaraderie suddenly turned into bloodbaths.

A comparison between these two events may face the charge of “whataboutism”--a rhetorical device used to trivialize something by drawing comparisons between different phenomena of arguably comparable magnitude. Why bring up a tragic event 6,000 miles away, when it is US policy that must answer for the scourge of domestic gun violence?

But the connection between Cruz, the gun violence epidemic he represents, and military recruitment, technology and ideology cannot be overlooked.

In 2016, Cruz was a member of his high school’s Junior Reserve Officer Training Corps (JROTC). He excelled in the JROTC marksmanship group, a program funded by the NRA. He was wearing his old JROTC t-shirt at the time of his arrest.

JROTC was founded in 1916 to prepare youth for enlistment in the First World War. In addition to marksmanship, it teaches military history, military protocol, and physical fitness. While many proponents of the program insist it is not meant for recruitment, JROTC falls under the Pentagon’s recruitment budget. Between 30 and 55 percent of former JROTC students eventually enlist. JROTC also inculcates high school students with the dogmas of the US war machine. In his book Military Recruiting in the War Machine, Pat Elder shows how JROTC textbooks justify the devastating CIA-orchestrated coup against Salvador Allende in Chile. Elder scours these textbooks and parses a consistent theme: the unquestionable moral rectitude of US military might.

School shootings in the United States are committed using guns designed for military purposes. Military institutions provide ideological ammunition for mass killings through JROTC and other recruitment tactics. Bush’s No Child Left Behind law required public schools to provide military recruiters with access to contact information for every student, and Obama’s replacement law, the Every Student Achieves Act, left this provision in place.

As long as our schools and other social institutions are saturated with the military, we cannot treat violence at home and acts of foreign warfare as distinct, hermetically sealed spheres. The horrific bloodshed in Florida is of a piece with that of Taqba. We cannot ask “how can this happen?” in the former case while accepting the latter as a matter of course. We must banish the logic of war from every corner of our society.

Elliot Swain is a Baltimore-based activist, policy graduate student and researcher with CODEPINK.