Lunch With Langevin to #CutThePentagon 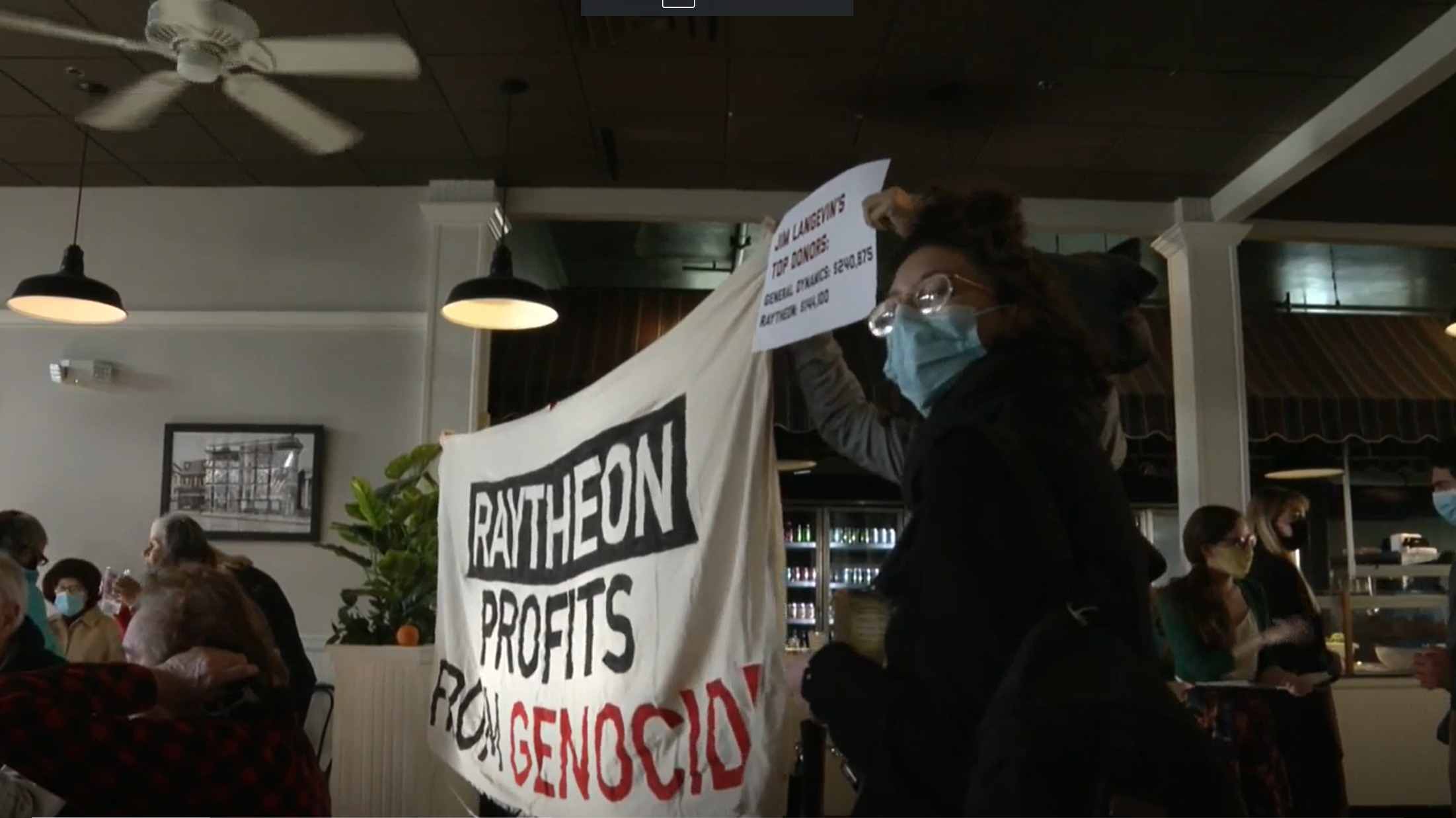 On Saturday, November 13, peace activists in Rhode Island including Jonathan Daly-LaBelle of No Endless War or Excessive Militarism, showed up at a "Lunch with Langevin" event to confront their representative about the enormous Pentagon budget and demand that he invest in a green economy, not a war economy.

"This current year that we're in the military budget, the base budget, was $741 billion, and President Biden proposed to put it up to $753 billion and now Congress is putting it up to $778 billion and so we're against that," said Daly-LaBelle to a local news station. 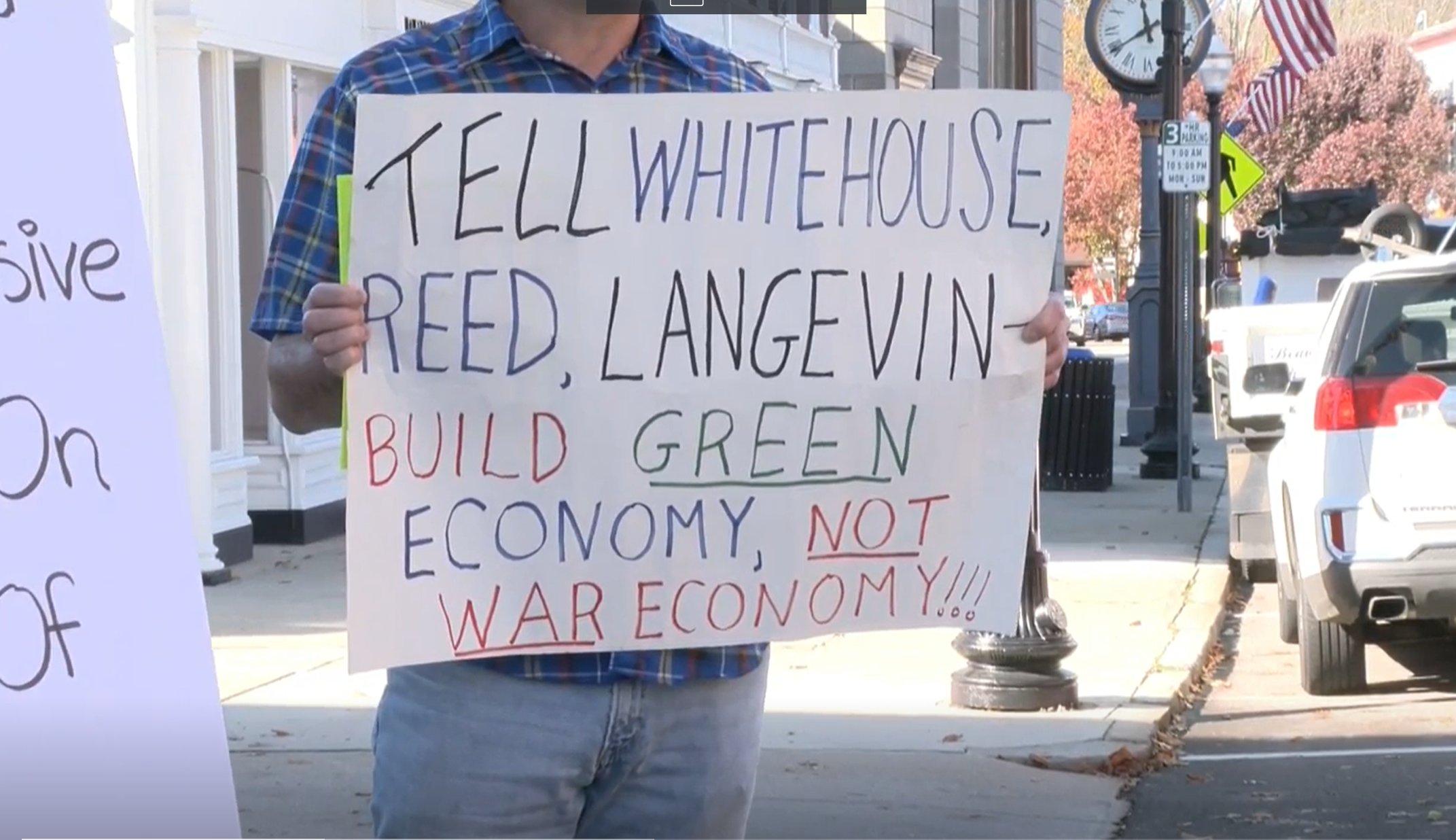 Protesters were able to sit down with Congressman Langevin and Rhode Island State Rep. David Morales to continue the conversation about the fact that the United States outspends 11 other countries combined on their Pentagon budget. 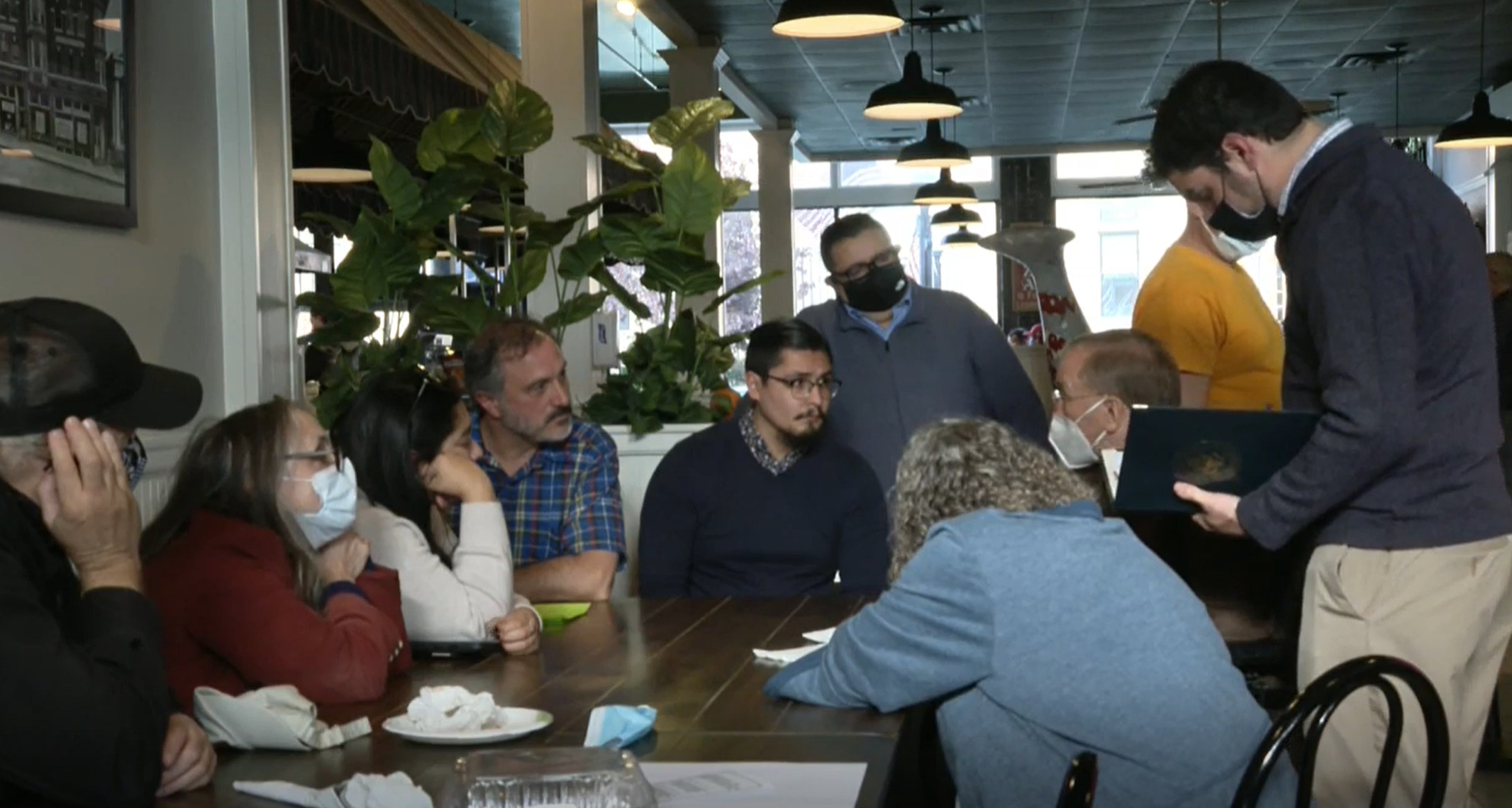 "Our conversation was really focused on making sure that in future budgets, making sure in the immediate future we're reducing a lot of that military spending especially those that go towards weapons and instead investing a lot of those dollars to the needs of working people really focused on healthcare, housing, and quality public education," said State Rep. David Morales

If you're interested in learning more about local organizing efforts in Rhode Island to #CutThePentagon and #DivestFromWar, contact Jonathan at [email protected]