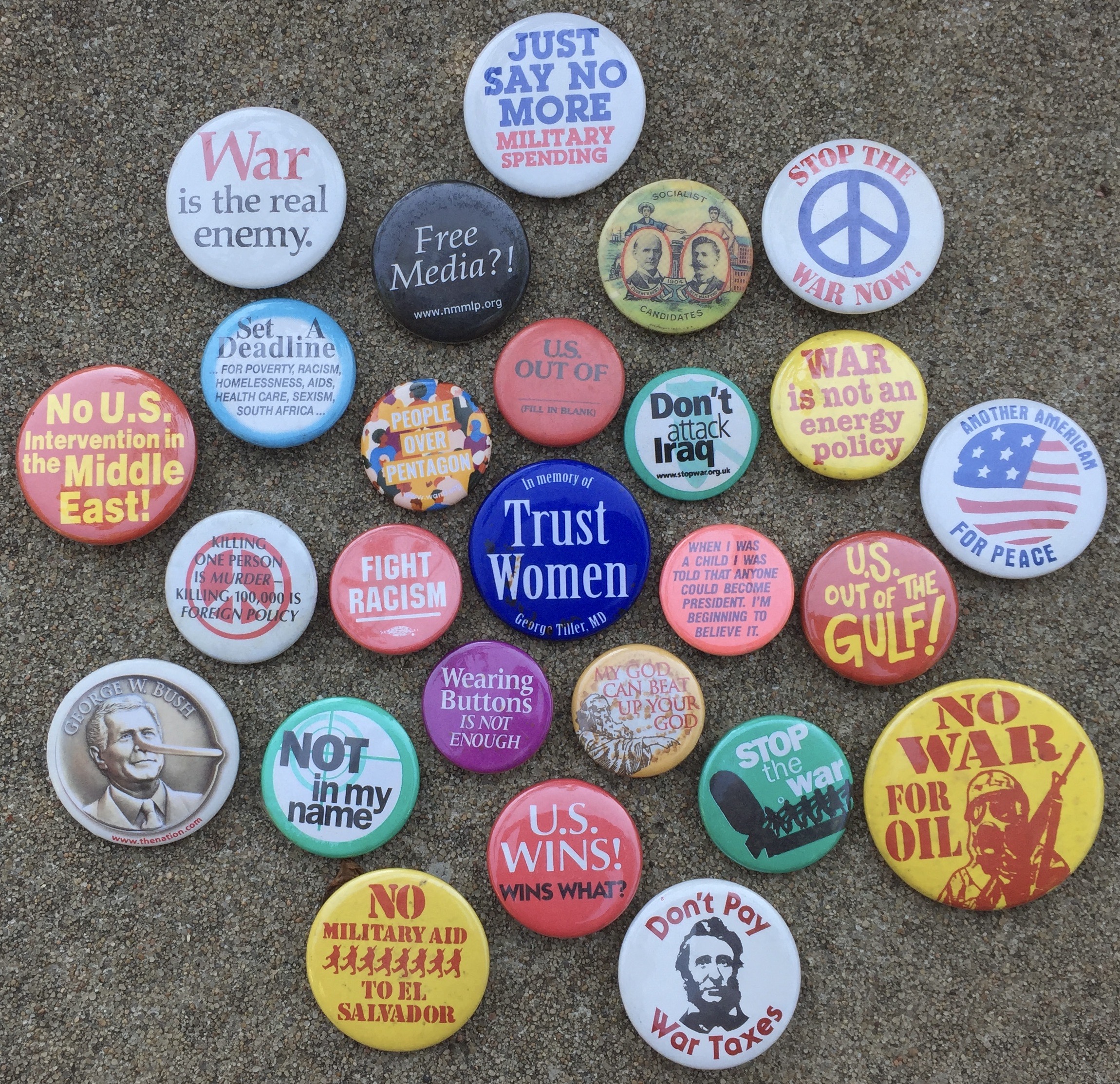 To our forced-birth crusaders, a woman, a fetus, and a live child are commodities, like wheat or soybeans. The higher the yield, the higher their value.

The “Vote Yes” side screamed at us that we wanted to kill babies. Their skillfully branded mother-and-child logo and cynical three-word slogan “Value Them Both” were everywhere here in Salina, Kansas. Always the same cozy white-on-purple image and soothing words on yard signs and banners, as if they were My Pillow or Hobby Lobby. On weekends, they would occupy street corners. Just a half-dozen or so actual humans accompanied by a much larger number of stars-and-stripes flags (almost certainly made in China) flying in the crazy Kansas winds (which are quickly going climate-change crazier).

To our forced-birth crusaders, a woman, a fetus, and a live child are commodities, like wheat or soybeans. The higher the yield, the higher their value.

But that’s not all we witnessed here in Kansas in the months since a constitutional amendment that would have allowed the banning of abortions was plopped onto the August 2 primary ballot. Diverting our eyes from the fields of purple and white ‘Vote Yes’ eye-candy, we could see lots of ‘Vote No’ messaging. It was bold and personal, visual and colorful, creative and diverse.

We had an outpouring of signs, banners, voices, stories, costumes, and slogans. Everywhere you looked, it was different, and original. Each ‘Vote No’ rally on the sidewalks and streets had its own energy. Here in Salina, we saw an array of brilliant homemade signs:

Mind your own uterus

It won’t stop at women!

This body is not a political battleground

Forced birth? Sounds like an alien invasion to me!

Not voting for women’s rights is small-dick energy

Vaginas brought you into the world, and vaginas will vote you out!

and my favorite one: We are not livestock!!

At one of our ‘Vote No’ rallies, I heard a woman shout at us from her car that “Killin’ babies is irresponsible.” Agreed, but the premise of her statement was a delusion—a talking point that Republican operatives first ejaculated into America’s highly fertile evangelical movement in the 1980s.

Life does not begin at conception. But in the U.S., violence does. To treat a woman’s body like it’s a high-yielding 160 acres of Kansas farmland is irresponsible. And it’s violent. To not give a hoot about the health and well-being of a born human is violent. To criminalize miscarriage is violent; to make a woman feel so afraid that she would rather tie her tubes than bring a child into this unjust world is violent. To have a U.S. Senator as cruel and ruthless as Roger Marshall—Kansas’ mini-Trump, who likes to call himself “Doc” but believes in neither science nor democracy nor good health care for all—is violent. 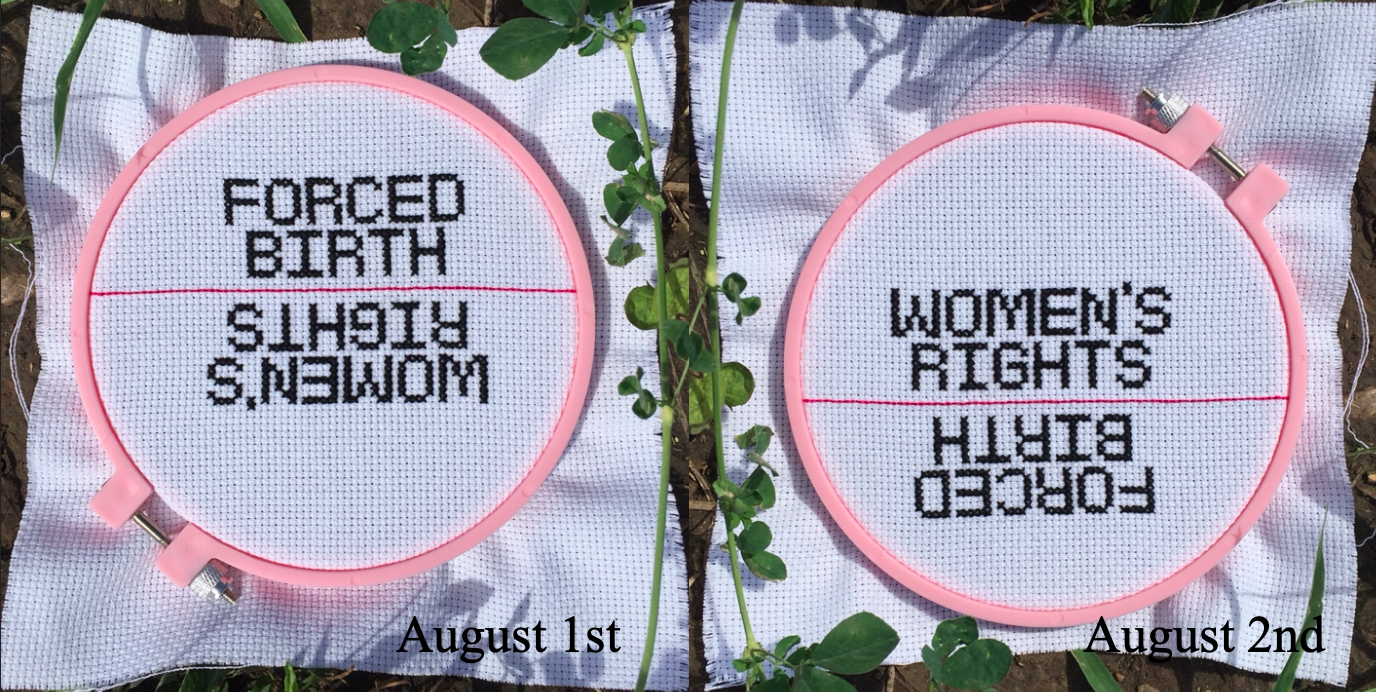 But we showed ‘em, not with violence and Old Glory and branding, but with peace and color, and with our bodies and voices. We showed ‘em with two words, “Trust Women.” That was the motto of Dr. George Tiller, a Wichita, Kansas abortion provider who was assassinated by a forced-birth extremist in 2009.

On another momentous August 2, thirty-two years ago, Iraq invaded Kuwait, and the United States launched Operation Desert Storm. Activist friends Janice Norlin, David Norlin, and Stan Cox rose up against that war; this was back when I still lived in India. They have been organizing and protesting United States’ illegal wars and regime-change interventions since the 1980s. But from Central America to the Gulf War to the forever-wars in Iraq and Afghanistan to systemic racism to the latest assault on the rights of the half of our population who can be compelled to give birth, nothing much had changed for the better here in Kansas. Until now.

As we got closer to election day here in Salina, there were more frequent rallies, and the honks and solidarity shouts from passing cars got louder and longer. Not just thumbs-ups. People were hanging out of windows and leaping up through sun roofs. We thought to ourselves, “We might have a fighting chance to defeat this thing.” But we did not anticipate this. Never in our wildest dreams could we have imagined this landslide victory, not only in Kansas as a whole, but even here in little ol’ redder-than-red Saline County, where “Vote No” passed 55-45. Kansas voters sent out a clear message: We are not barnyard animals.

Stan and I, and Janice and David, have protested one goddamn unjust law and policy after another for decades, fighting the same fights over and over again, and losing. But no, not this time. Not on this August 2. We did it. We won, and won big. 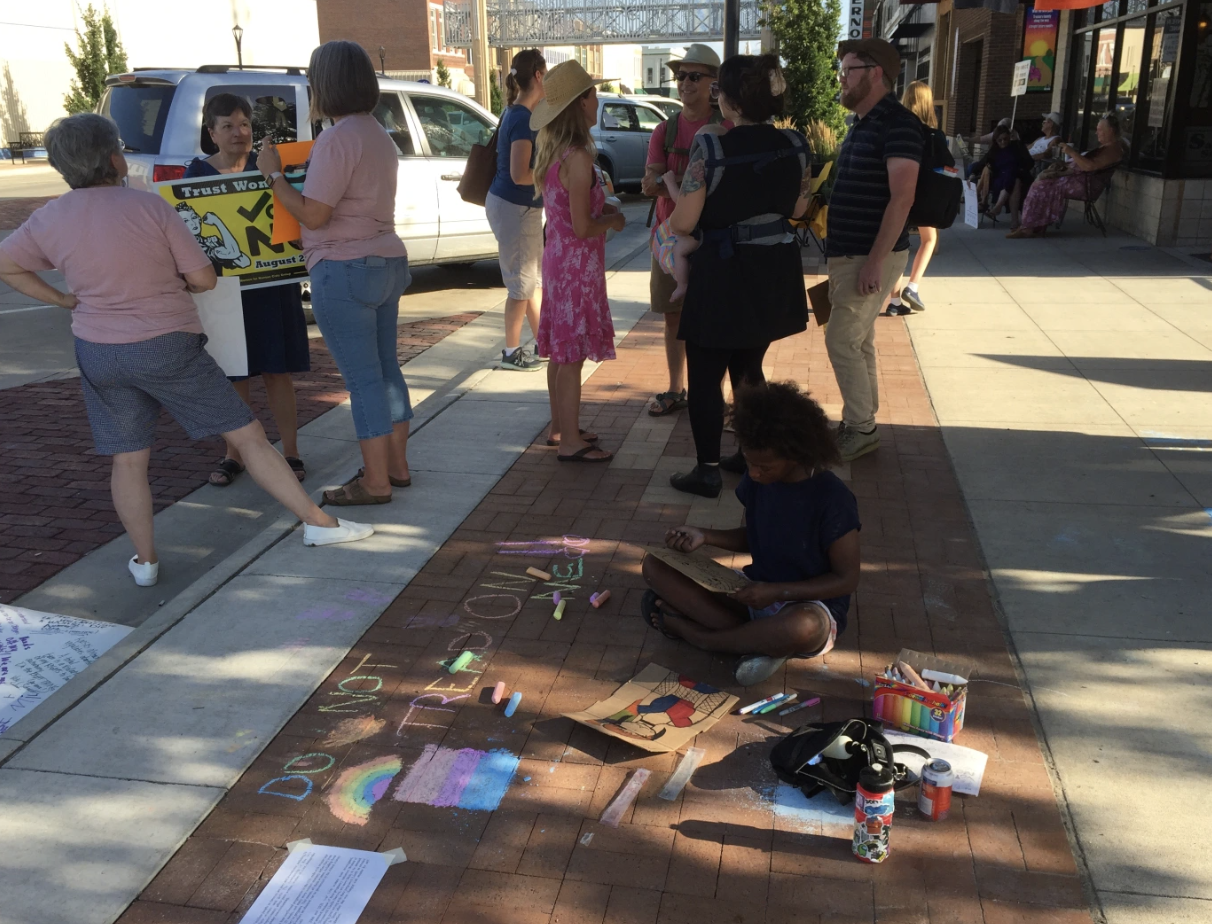 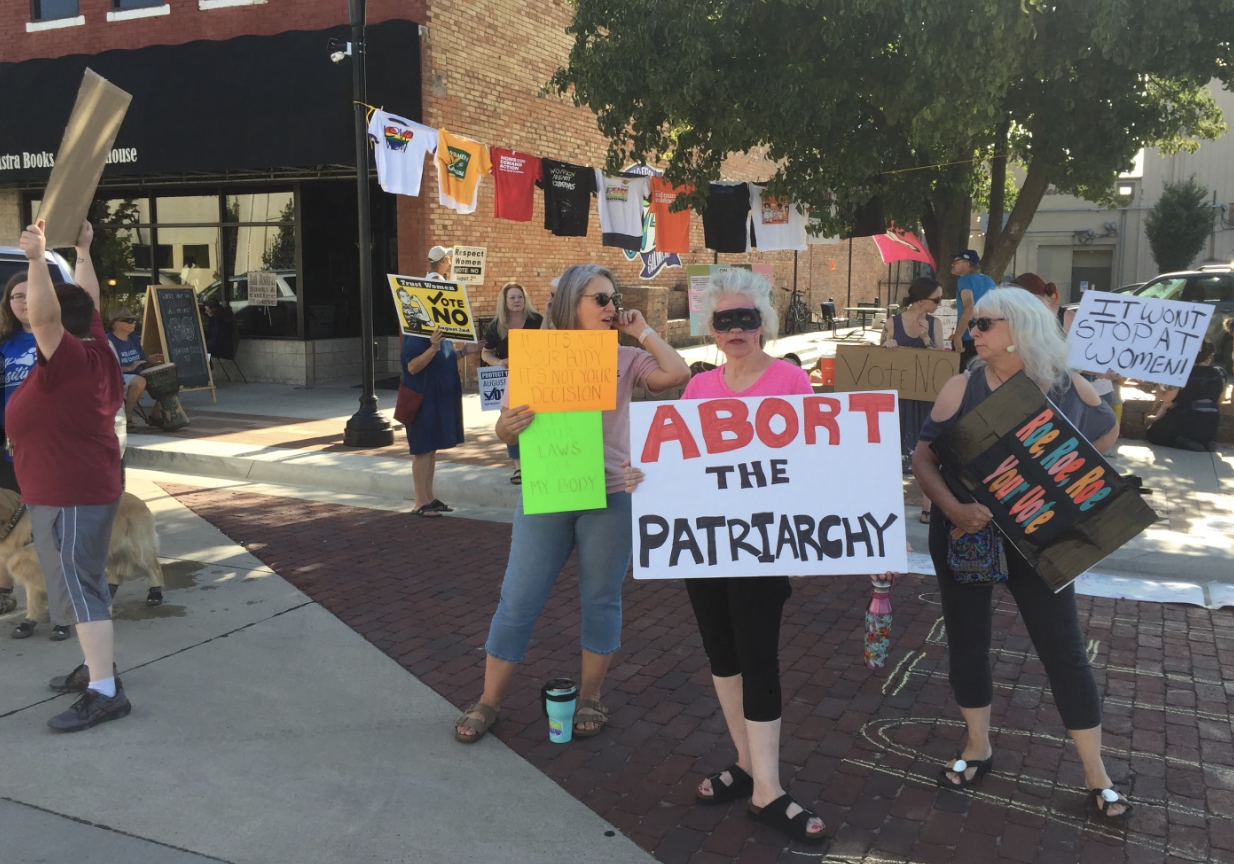 Art matters, not so much on walls indoors, but on the streets and sidewalks, in full public view. With that in mind, in 2018, I established a peaceful space of community art-making and dissent called Sidewalk Museum of Congress, located in front of the office of Kansas’ then-1st District Congress member, Roger Marshall, in Salina, Kansas. Over time, it came to be a place for free expression and for the peace community to gather spontaneously and interact with the general public. Now, four years later, when so-called American democracy is being hollowed out, one U.S. policy victim and one climate-chaotic day at time, CODEPINK Kansas is replanting seeds of justice for the victims of US empire, greed, patriarchy and fanaticism, in a new location and under a new name Sidewalk Gallery of Congress. So, who says Kansas is flat? Come, join us on the sidewalk, and let’s continue to plant pink-seeds of justice together.