Justice for All Conference Call 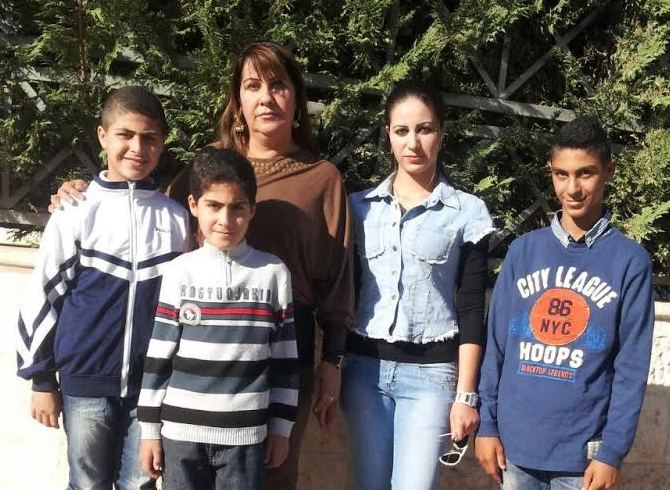 While Dick Cheney was advocating for war on Iran, we're busy coming up with ways to hold him and others accountable for the Iraq war. One of those ways is by supporting the efforts of Witness Iraq in bringing a lawsuit against key members of the Bush Administration: Bush, Cheney, Rumsfeld, Rice, Powell and Wolfowitz.

In this lawsuit, Saleh v. Bush, plaintiff and Iraqi mother Sundus Shaker Saleh alleges the Iraq War was a premeditated war against the Iraqi people. On December 19, 2014, the District Court dismissed Ms. Saleh’s lawsuit, but she has since appealed it.

Back by popular demand! Joining us in a conference call is Inder Comar, Sundus' lawyer who is suing George W. Bush and Company, today on International Peace Day, We have special guest Michaela Anang, our CODEPINK DC intern who will talk about her recent disruption of Dick Cheney at the American Enterprise Institute (AEI) in Washington DC. We haven't forgotten about the horrible war crimes committed by Dick Cheney and other Bush administration officials in Iraq.

Inder Comar, went to law school at the New York University School of Law, renowned for its program in international law. At NYU, Mr. Comar studied the Nuremberg Trials and their effect on international law. Mr. Comar received two Bachelor Degrees from Stanford University in Psychology and International Relations, and a Masters Degree in Sociology. Prior to opening Comar Law, Mr. Comar worked for Latham & Watkins LLP, one of the largest law firms in the world, where he handled complex commercial and international litigations.

Ligating the case for two years, on behalf Sundus Shaker Saleh alleging the Iraq War was a premeditated war against the Iraqi people. ON December 19, 2014 the District Court dimissed Ms. Saleh’s lawsuit, but she has since appealed it. The Westfall Act gives immunities to federal government.

Comar is relying heavily on the Nuremberg Trials. First argument is that Nuremberg is relevant to U.S. laws and if we turn over the immunity we are turning over the Nuremberg Trial. The second precident, Comar is relying on is the Pinochet case. Pinochet argued that everything he did was part of his job. But Chile’s has treaties against these actions and therefore must uphold these laws. Essentially one doesn’t get to raise “love of country” to exempt you.

Comar is filing motion to courts in next couple of weeks in San Francisco:
1. Affirm the rule of Nuremberg
2. Analyze the immunity.
3. Send the case back to District court.
Comar, “This is about holding our leaders accountable, particularly in times of war so not to destroy democracy.”
War of aggression by definition: https://en.wikipedia.org/wiki/War_of_aggression
Go to for more information: witnessiraq.com

Next, Bird-Dogging Candidates for Peace! Stay tune for the next conference call.

Michaela Anang, an intern in the DC office. She studies Human Services and International Affairs at Northeastern University. Michaela grew up in Odessa, TX and gets especially fired up about education reform, musicals, sexual health, and most of all human rights for all people. She will share with us her latest disruption of Dick Cheney in Washington DC. Her courage was amazing. She let us know that she was escorted out of the building.

Stephanie from War Criminals Watch in NYC spoke find out more at: warcriminalswatch.org

CODEPINK models social justice (with a splash of pink) by making beautiful trouble at 2016 Presidential candidate appearances. Armed with our 10-point peace platform, we remind candidates that U.S. foreign policies should be based on respect, cooperation and demilitarization. We know that change will not occur unless citizens stand up!