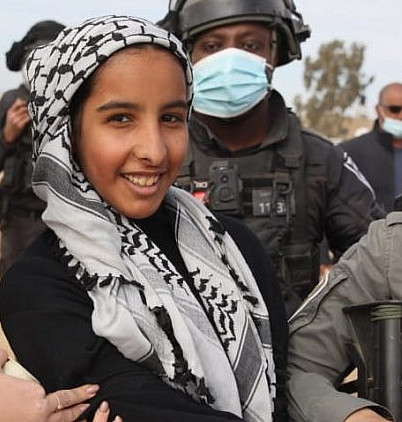 In the south of Israel — the Negev/Naqab — indigenous Palestinian Bedouins, about a third of them children, are being arrested as they protest the Jewish National Fund’s (JNF) afforestation project to displace them from their homes and lands. The JNF is planting trees on the very lands that the Bedouins use for agriculture. Israel and the JNF figure that if the communities can’t cultivate food, they will give up their attempts to stay on their lands. They are so wrong!

Sign our letter to the State Department asking them to demand that the JNF CEASE AND DESIST immediately!

This week was also the Jewish holiday of Tu Bishvat, the New Year for the trees. It’s a day for ecological conservation, and in my family’s tradition, thinking about how militarism contributes to the climate crisis. The JNF is perverting the holiday to ethnically cleanse Palestinians from their lands. This is nothing new. After the Nakba of 1948, the JNF planted trees in the ruins of destroyed Palestinian villages to prevent the refugees from returning to their homes. The non-native pine trees they planted exacerbate forest fires.

After Israel occupied East Jerusalem in 1967, the JNF, through its subsidiary Hemnutah, began to assist Israel’s seizing of Palestinian homes in East Jerusalem — for example, in the neighborhoods of Sheikh Jarrah and Silwan where Palestinian families were resettled after being forced from their homes inside Israel in 1948.

Today, the JNF owns more than 10% of the land in Israel and systematically discriminates against Palestinian citizens of Israel. In the United States, since their inception, they have enlisted Jewish-American children to collect donations to “plant a tree in Israel,” to “make the desert bloom” — aka, to ethnically cleanse Palestinians.

Using tree plantings to carry out continuous ethnic cleansing is sick and twisted. Tell the State Department to demand that the JNF cease and desist!! 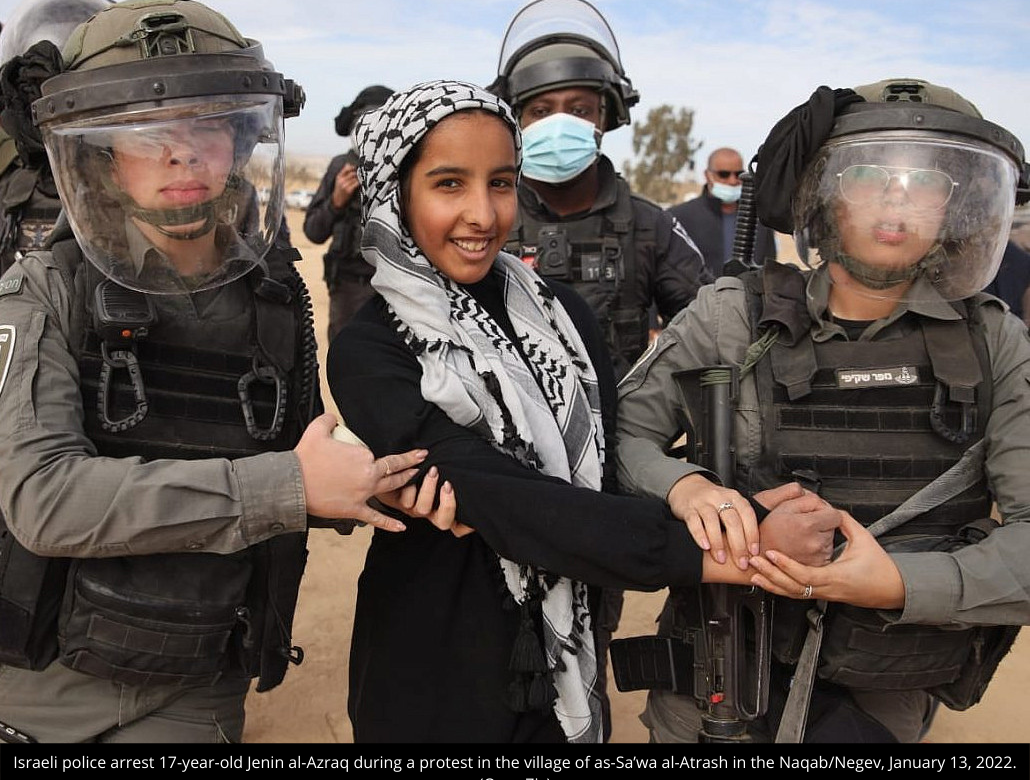 Many of the leaders of the Bedouin protests are women and girls. Dozens of them, along with their male colleagues, have been arrested and have launched social media campaigns to relay their struggle. “The world must hear and see what is happening here with this military state, the so-called only democracy in the Middle East, that tramples over the rights of anyone who is not a Jew,” says 18-year old Eden al-Hajoj.

For years in the Negev/Naqab, men and conservative movements have objected to women leading protests for reasons of “modesty.” But the women have been pushing back and their appetite for feminism continues to grow. In response, Bedouin men are coming to recognize the power of a strong mother, sister or daughter standing in front of soldiers and bulldozers to protect their rights and lands.

In solidarity,
Ariel and the entire CODEPINK team 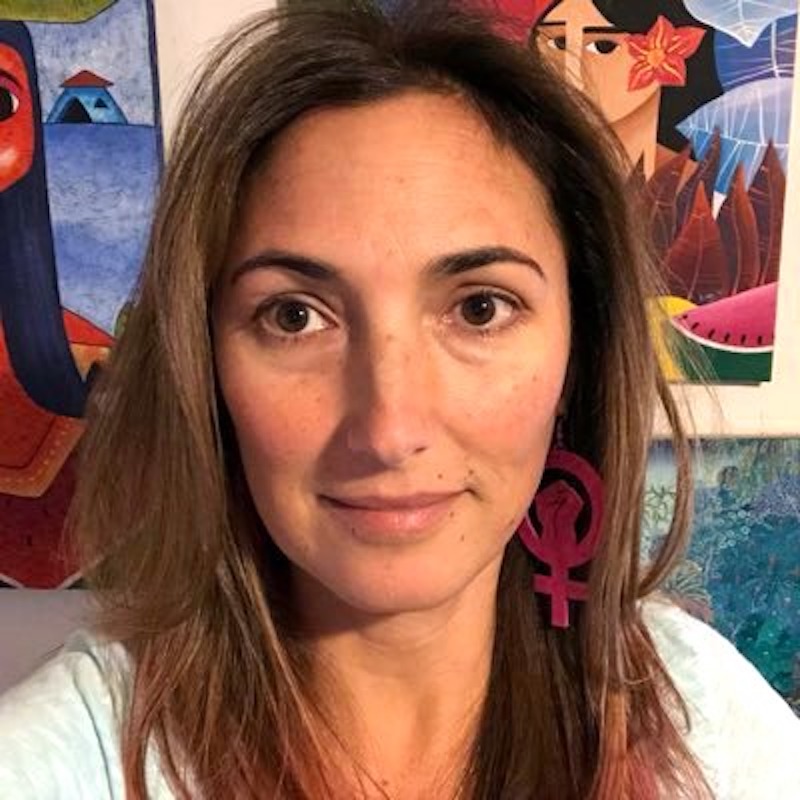