January 25 International Day of Action: NO War With Iran

On January 25 over 200 cities across the globe came together to say NO war with Iran and apologize to the Iranian people. But as you all know, we are still on the brink of war and the people who are pushing for another deadly conflict in the Middle East are the very same who stand to gain the most by going to war.

It’s now more important than ever to take on war profiteers in our local communities, which is why CODEPINK and our partners are organizing to pass Peace With Iran City Council Resolutions in cities around the country. It’s critical that we engage our local communities and elected officials about who is really pushing for war with Iran so if you’re interested in getting involved please email [email protected].

Painting the streets pink out in West Los Angeles for peace! 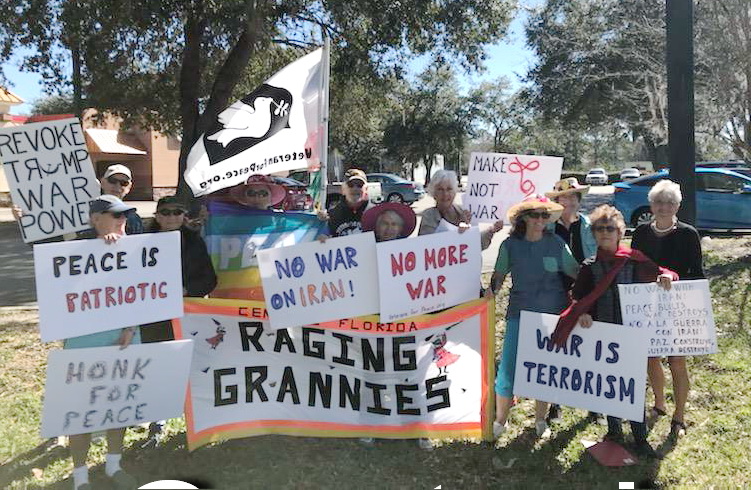 In New Smyrna Beach, Florida, Peace endorsers and allies, Raging Grannies and Veterans for Peace gather to express their opposition to war! 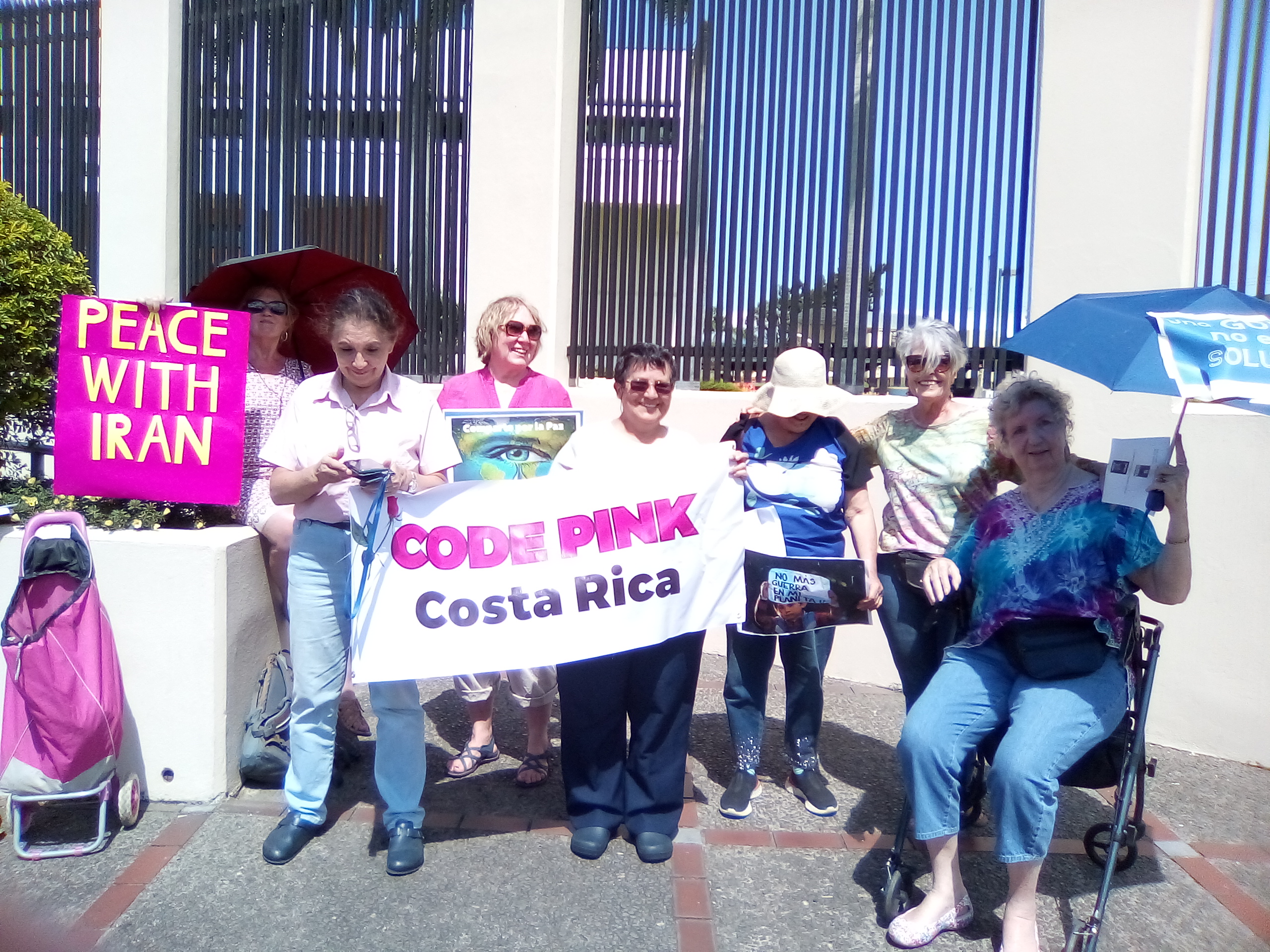 Peace with Iran is a worldwide sentiment! Costa Rica does not want war!

Allies in El Paso, Texas gather at Memorial Park to show their support for peace. 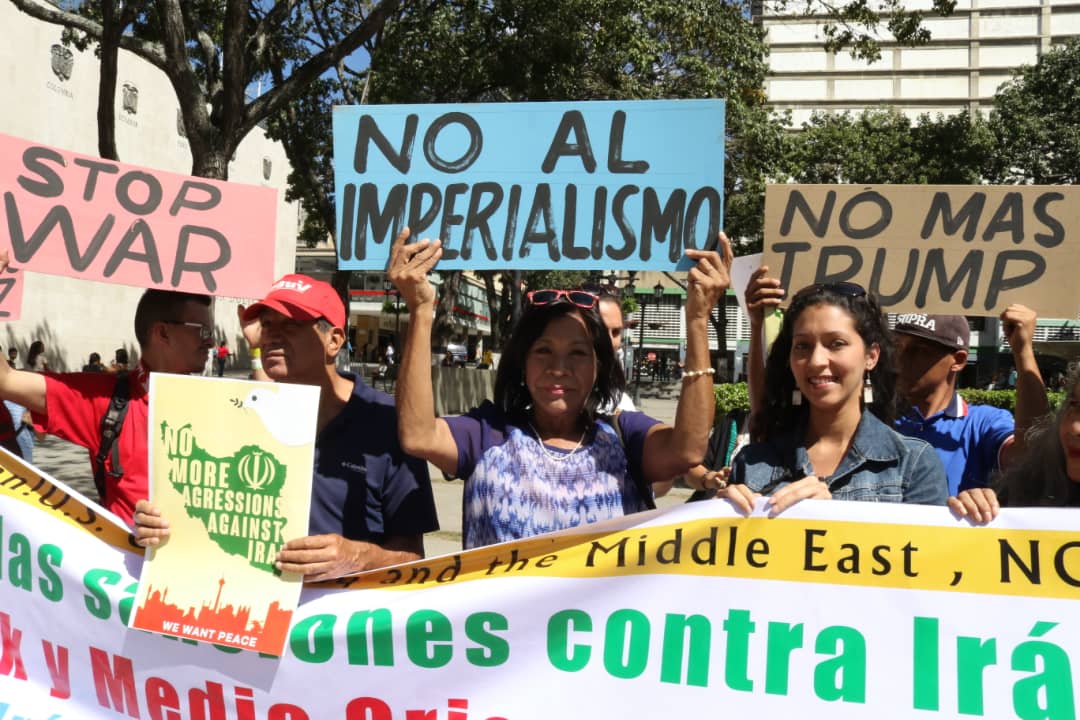 Support from Iran also came all the way from Caracas, Venezuela. 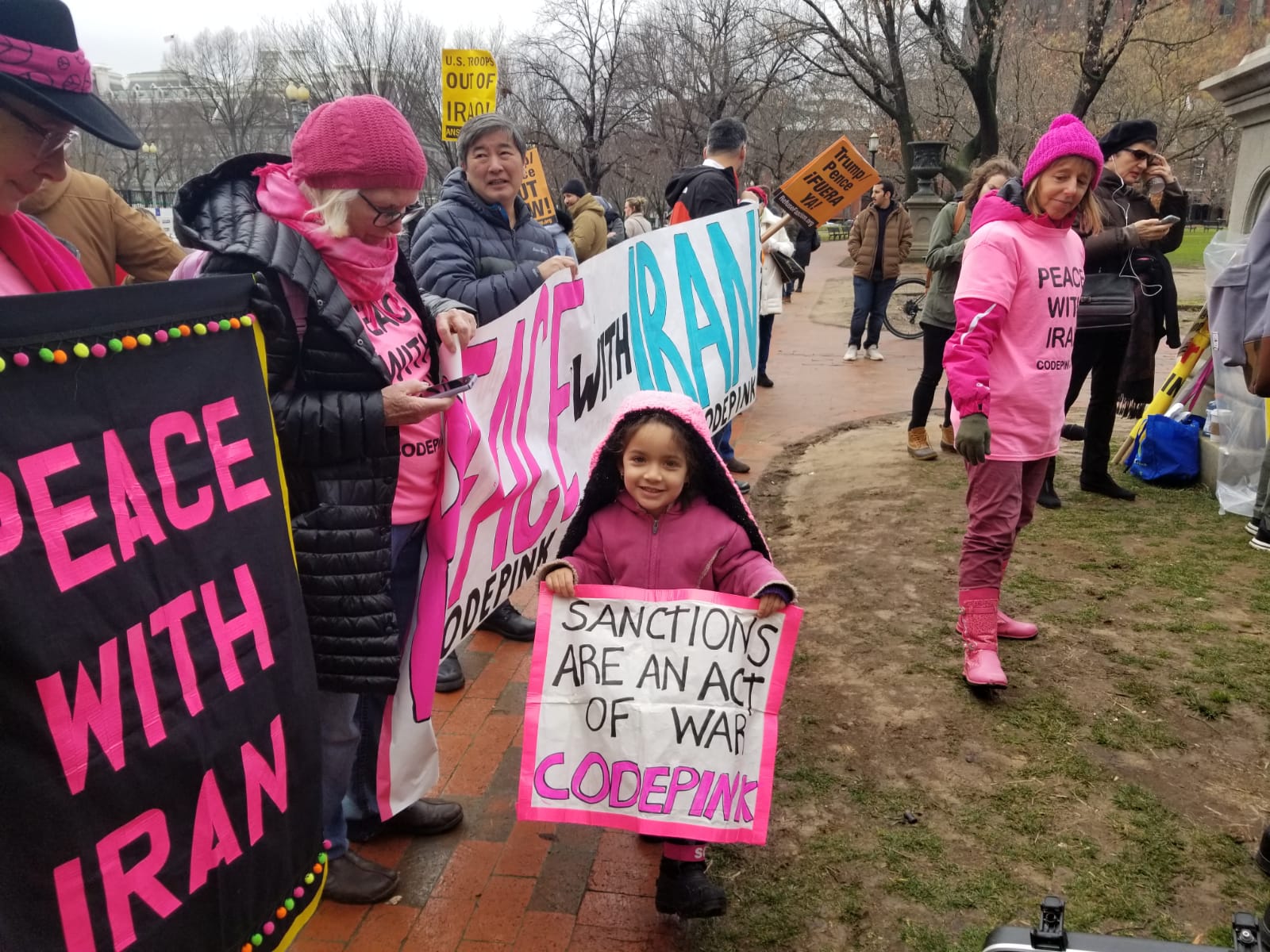 Washington D.C. showed us that even the young know that peace is the way! Along with their rally, D.C. activists carried a larger than life envelope addressed to the people of Iran with our letter of apology to sign. Read our letter here! 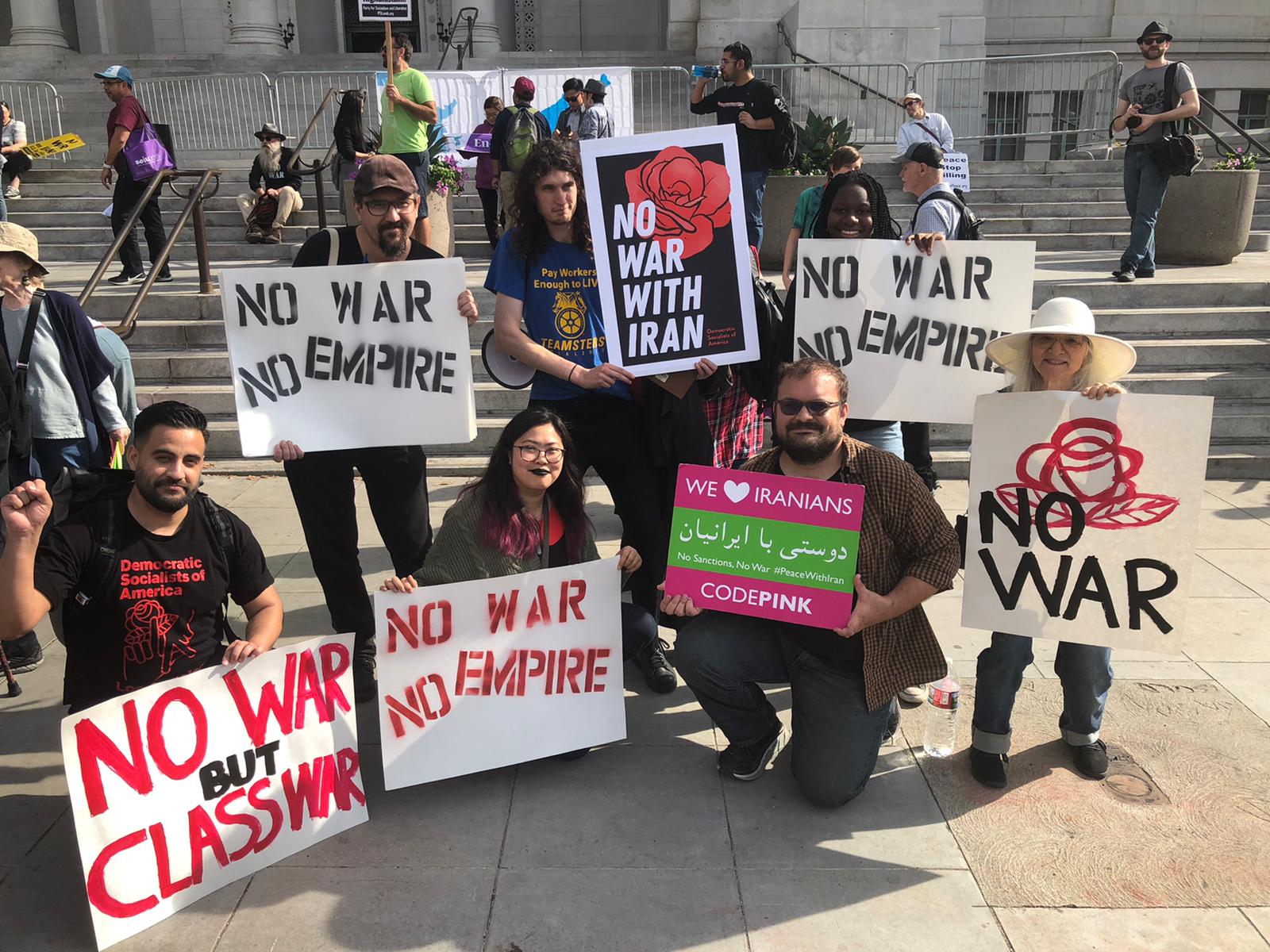 CODEPINK Los Angeles was joined by DSA LA and ANSWER coalition in front of city hall. 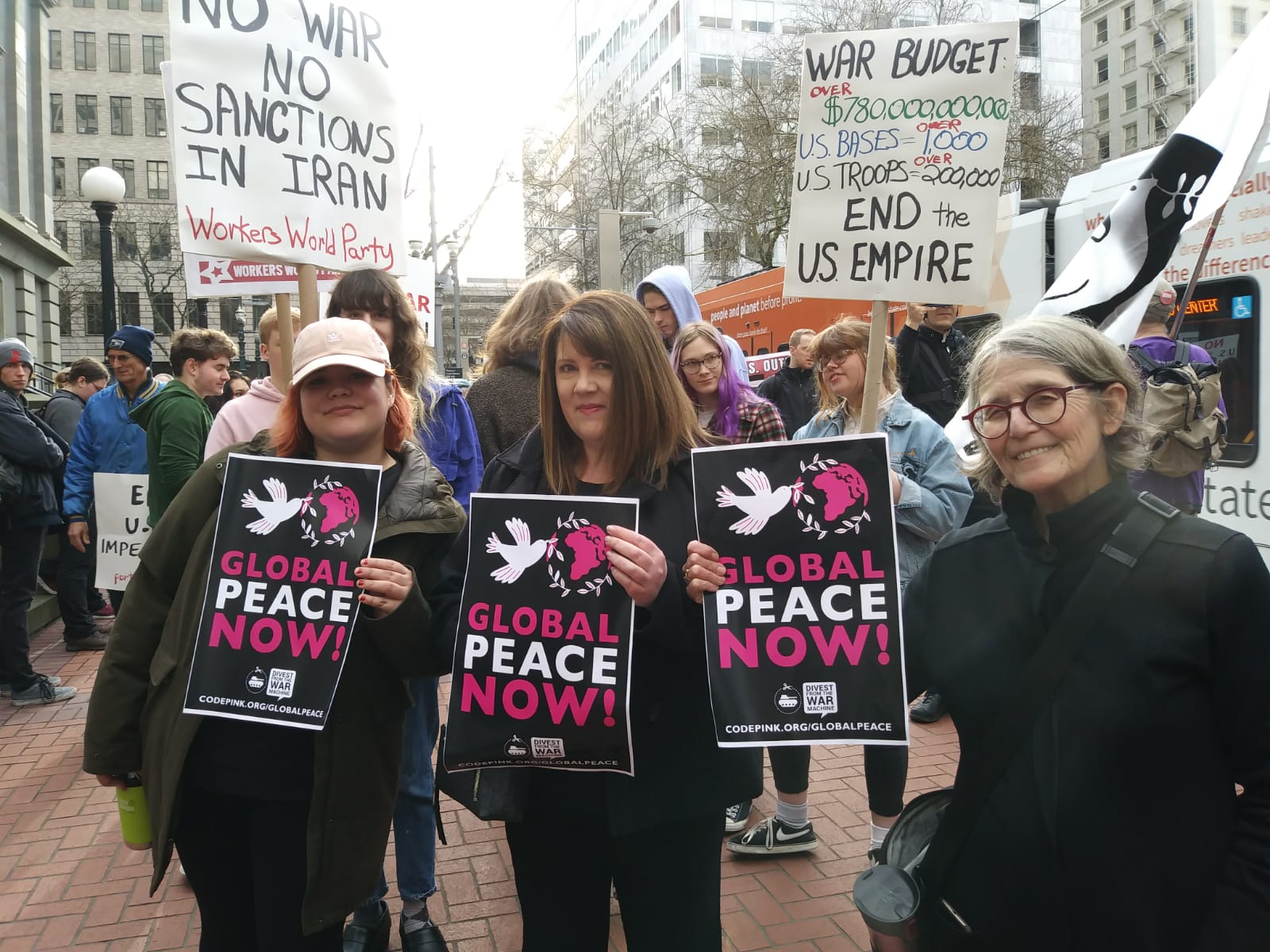 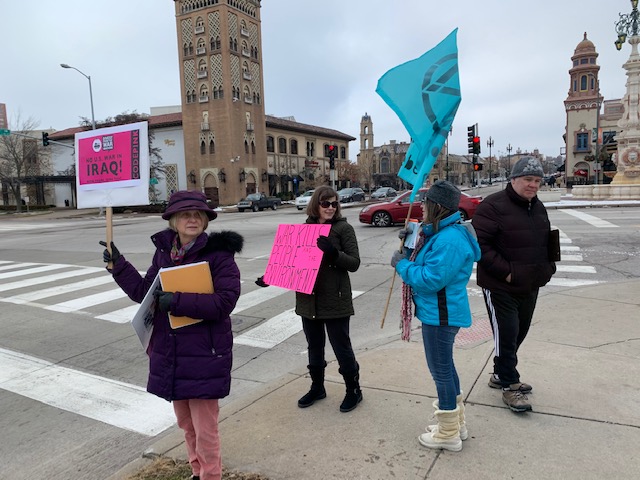 The snow can’t stop people from showing their support in Kansas City, Missouri! 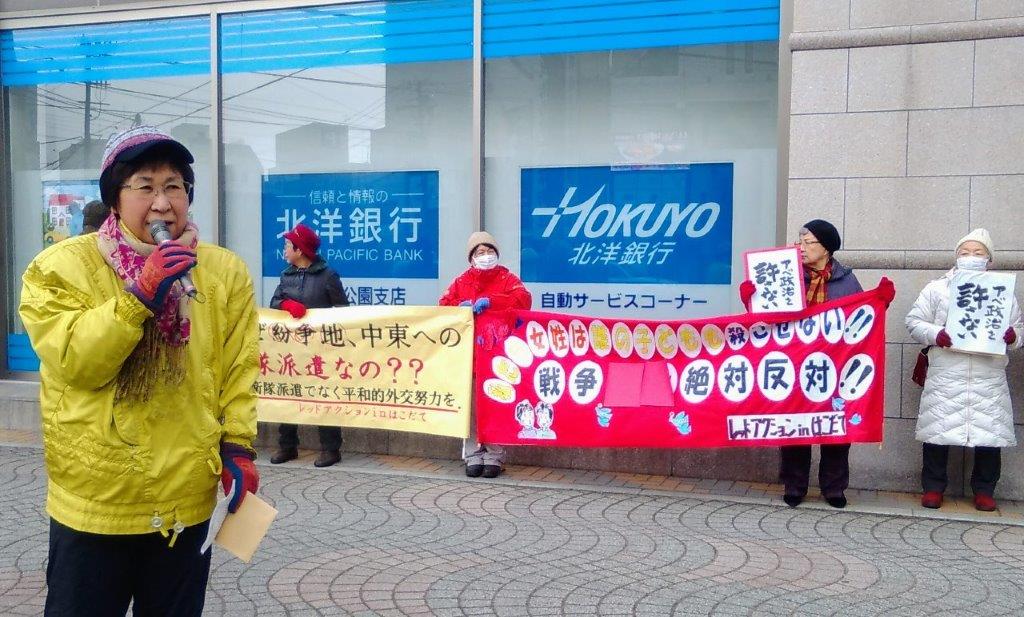 Kyoto, Japan and other cities across the world show that when violence tries to pit us against each other, it only works to unite us stronger against it.

Mobilization Against War and Occupation (MAWO) gathered outside Downtown Vancouver where voices of Iranian, Iraqi, and Yemen voices were uplifted. 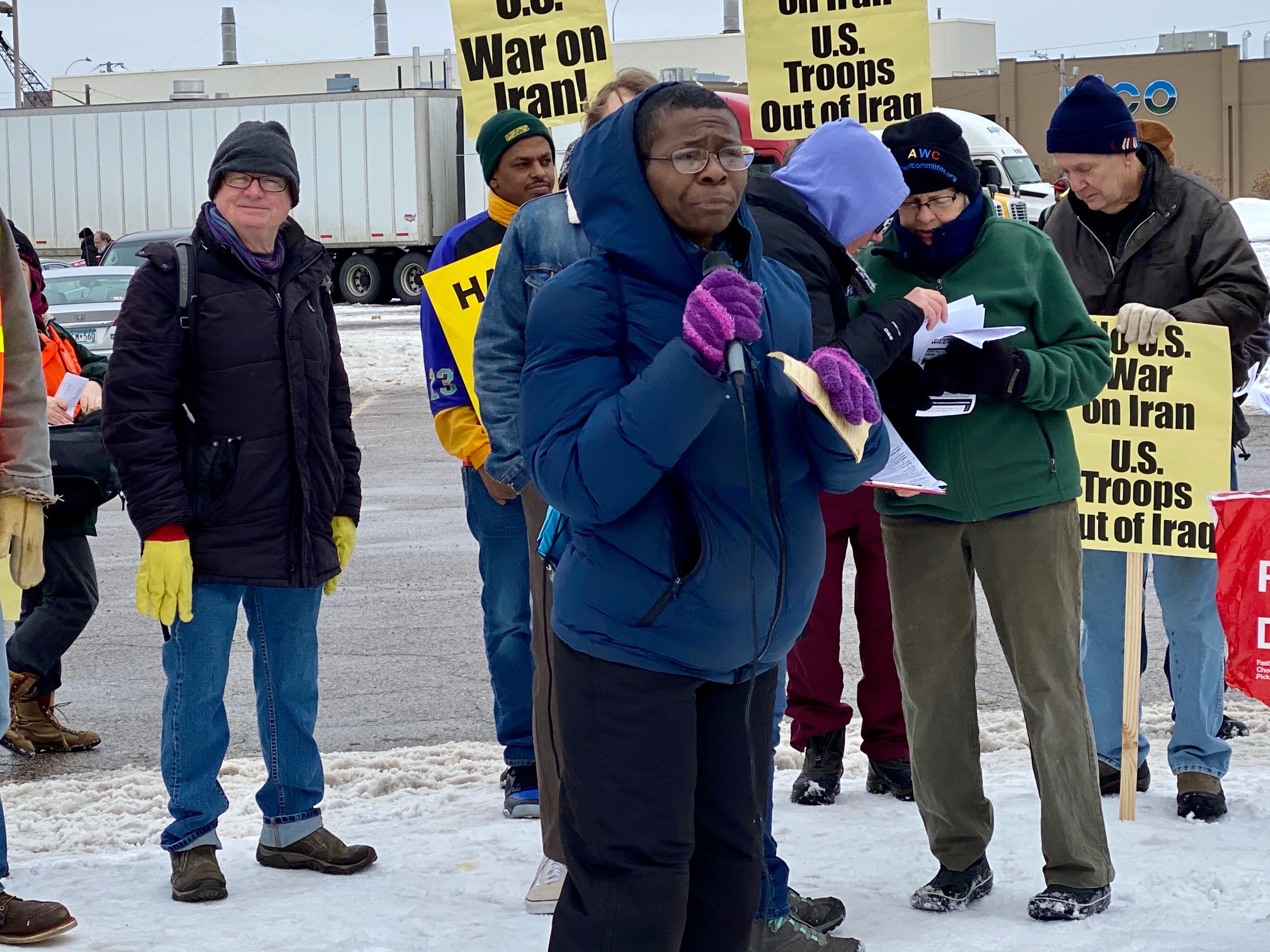 The list continues with Minneapolis, Minnesota where peace organizers make themselves heard and seen: “No U.S. War on Iran/U.S. Troops Out of Iraq!” 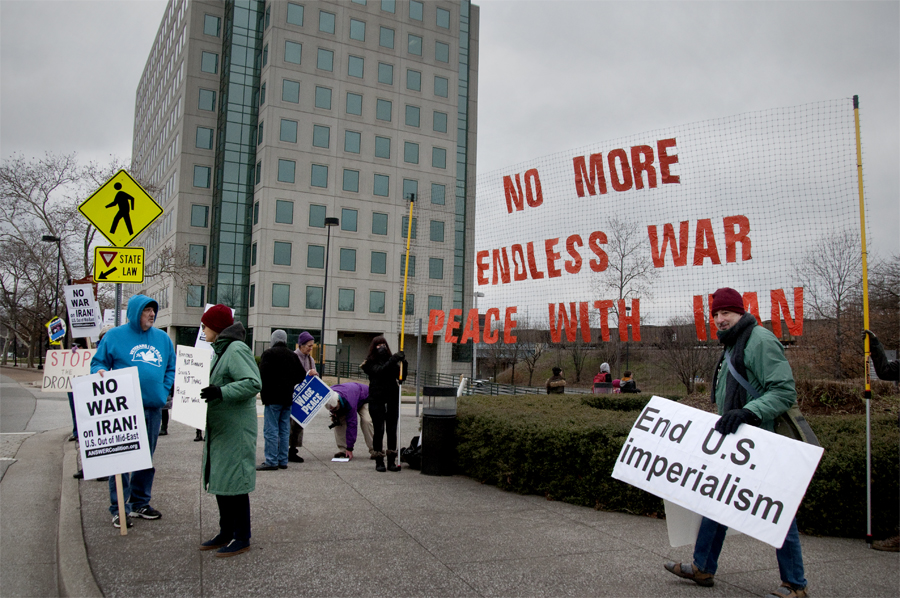 Nashville, Tennessee ensures that no one will miss their message. The demand is clear: “No More Endless War/ Peace With Iran!” (Photo cred: ALV)

Did you know there was a CODEPINK chapter in Osaka, Japan? Well there very much is and they are very much anti-war in Iran!

Our allies, Veterans for Peace, and others showed out strong in Portland, Maine despite the unfavorable weather! 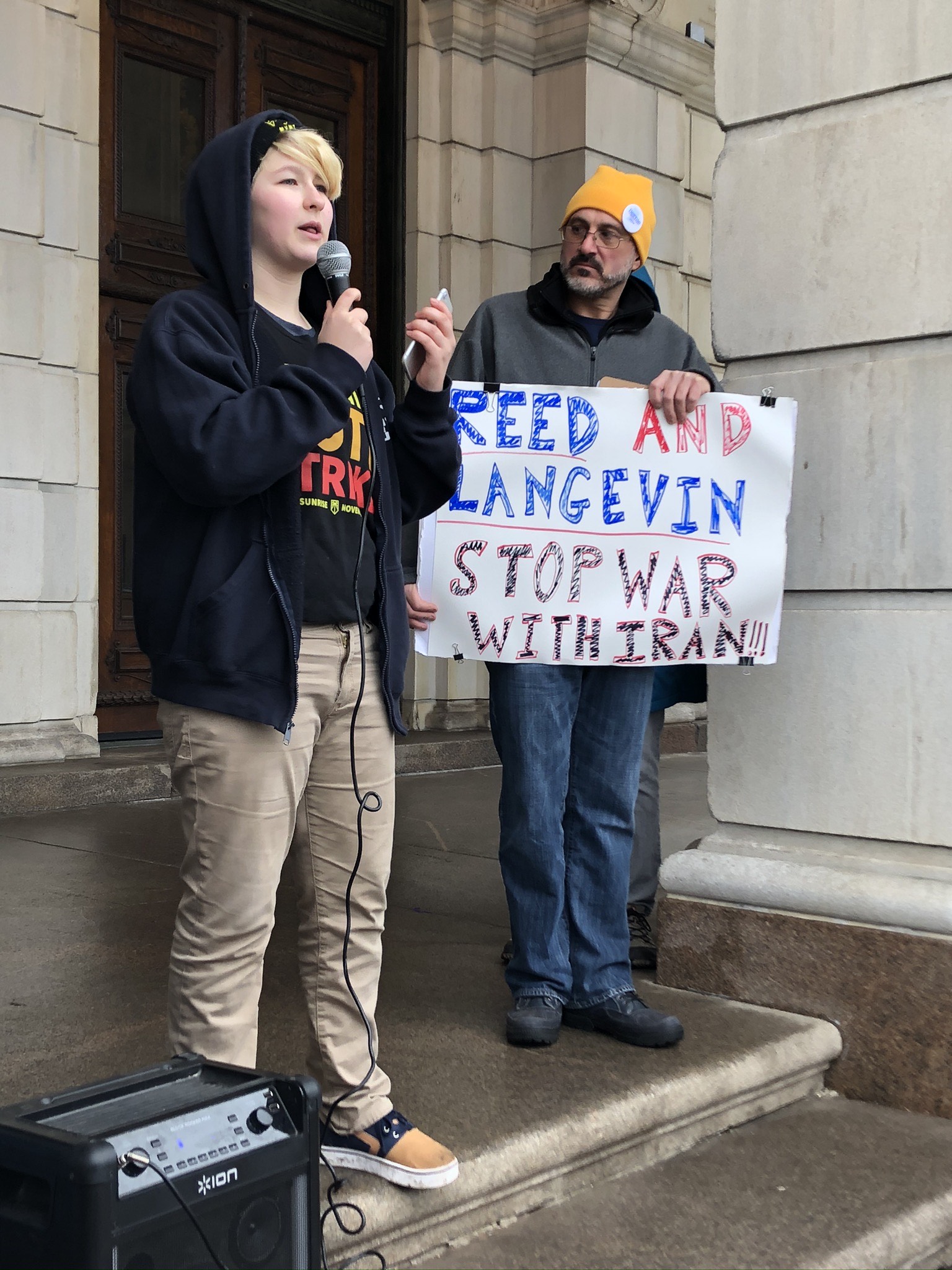 Supporters voice out their opposition to war in Iran outside Rhode Island State House in the city Providence. 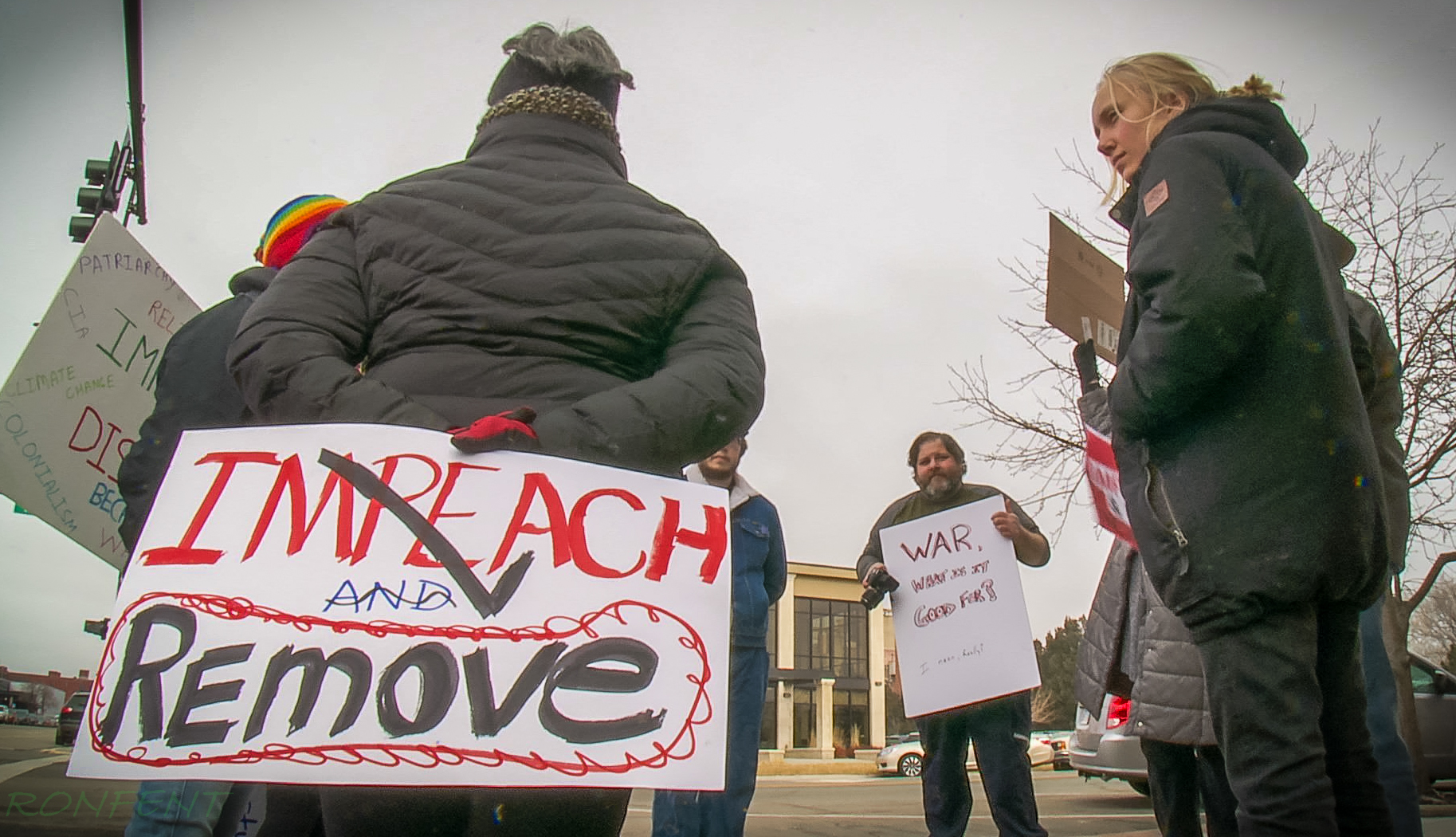 Salina, Kansas had further solutions to the problem at hand. 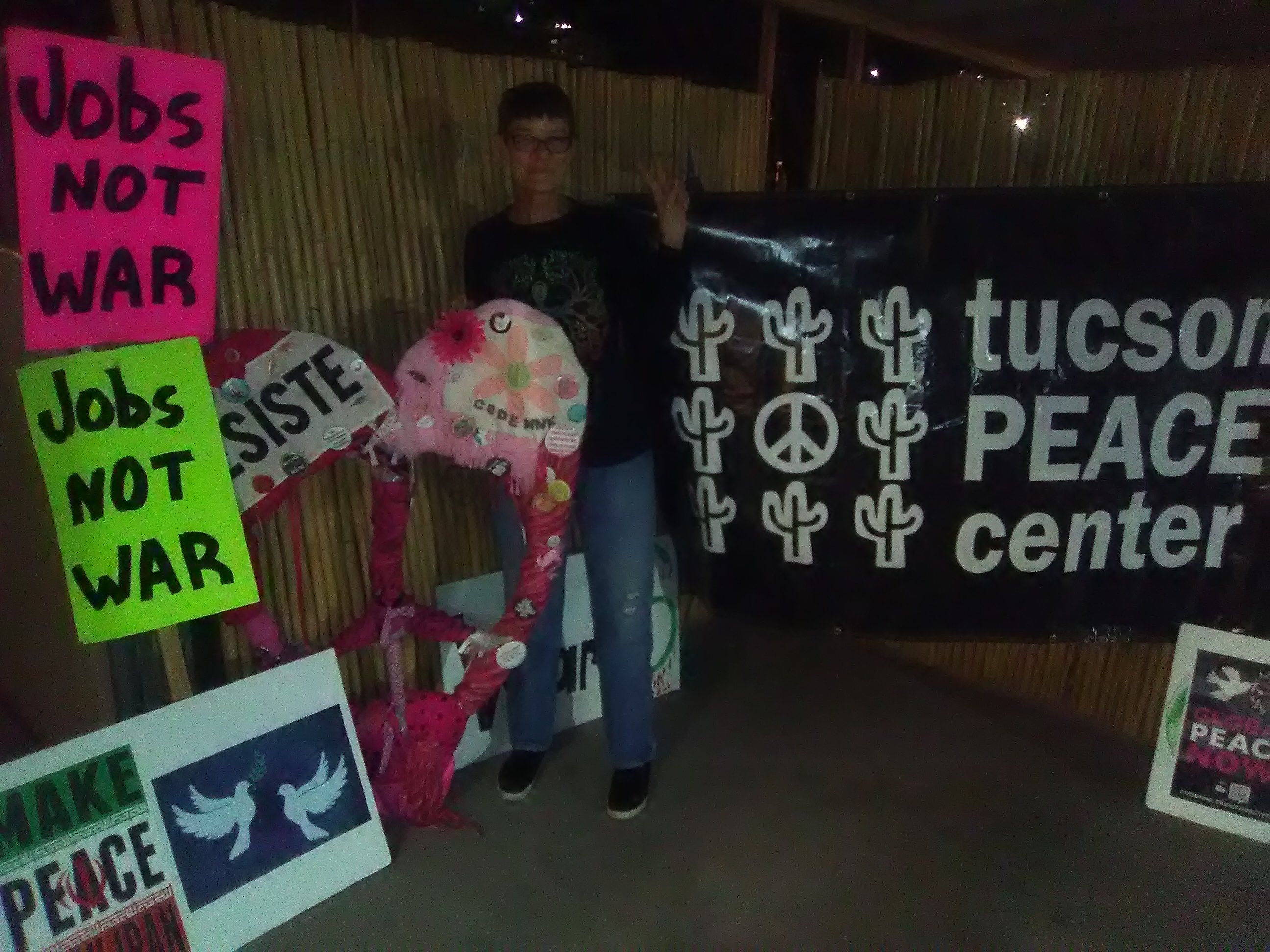 Tucson, Arizona believes the United States has some other issues it needs to focus on at home rather than creating new ones overseas. 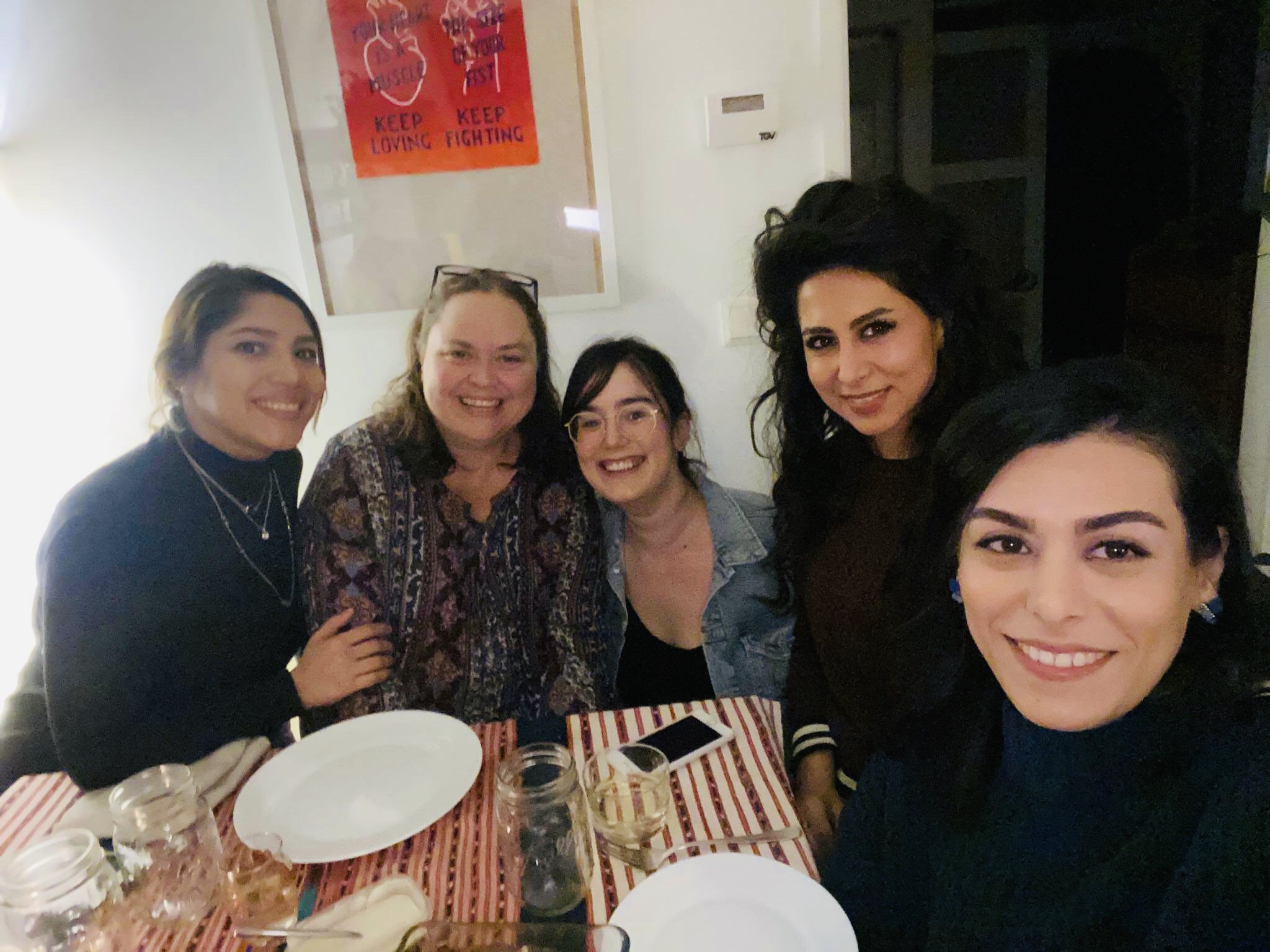 Support for peace and resistance to war comes in all different ways! US and Iranian women broke bread together in Europe and shared their culture through food, music, and stories!

Anti-war activists in Belfast, Maine remind us that war is not only an issue for the countries involved, but that the whole world should be concerned for its environmental impact.