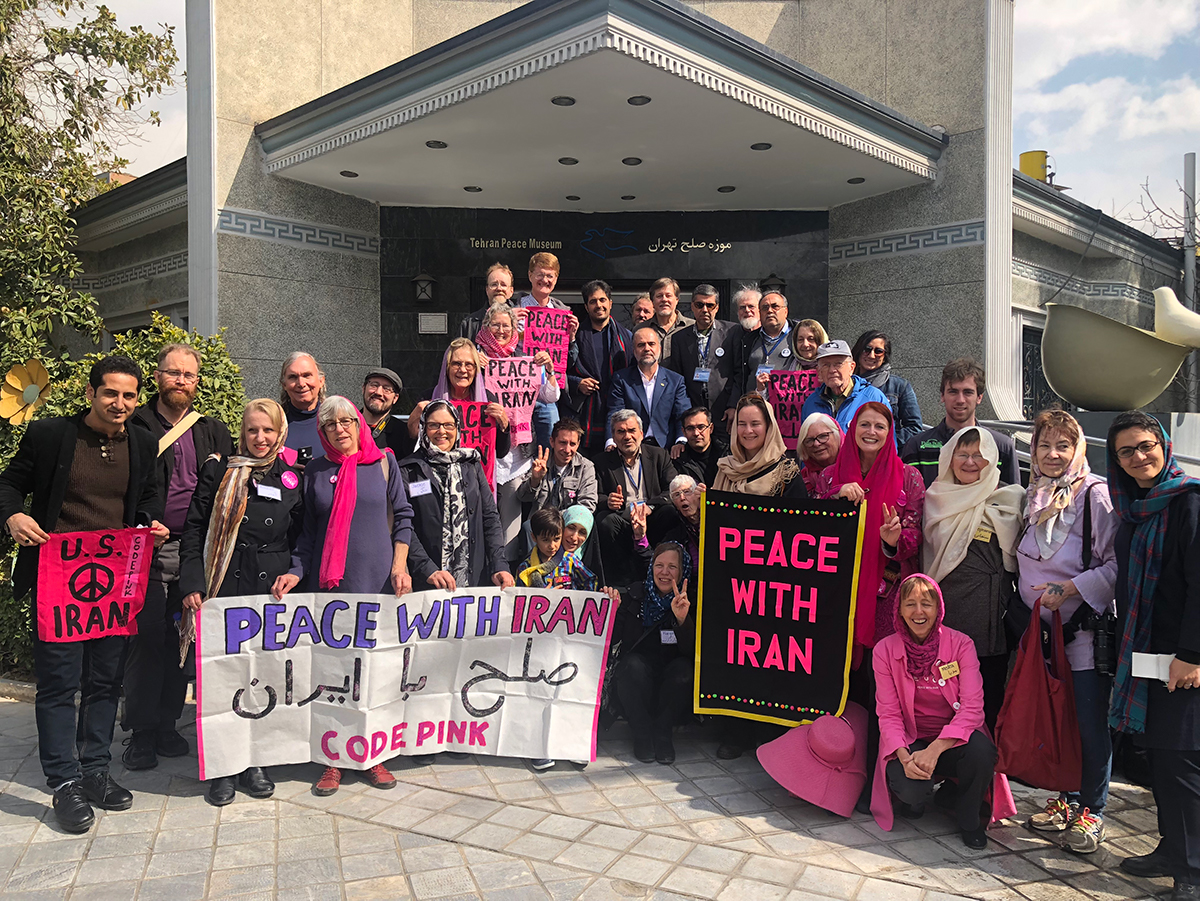 We are in Iran now and we have never met nicer people. Their eyes light up when we say we’re Americans. Strangers invite us to their homes, shopkeepers give us presents, students shower us with friendly questions. “America good, Trump bad,” they say—always with a hearty laugh and a beaming smile. But behind the smiles are pain and hardship, much of it caused by Trump’s policies of unilaterally withdrawing from the Iran nuclear deal and re-imposing sanctions that hurt ordinary Iranians.

Tell the Chair of the Foreign Affairs Committee, Eliot Engel, to push the Trump administration to re-enter the Iran nuclear deal and lift the sanctions.

A man in the Tehran bazaar told us his wife has cancer and because of the sanctions, she hasn’t been able to get the right medication for the past year. A man with diabetes said he can’t get the medicine he needs to lower his glucose levels. The U.S. says medicines are exempt from sanctions but in reality, it’s just not true.

The sanctions have also led to soaring prices, cutting people’s purchasing power and affecting their life choices. A young woman who had been accepted to college in London with a full scholarship was devastated that she had to decline because her family could no longer even afford her plane ticket. A young man told us he cancelled his plans to get married because the couple couldn’t afford the wedding costs.

“Why does Mr. Trump hate us?” people here ask. “What did we do to deserve such treatment?” The answer is that they did nothing and they don’t deserve such treatment. That’s why we must call on Rep. Eliot Engel to push the administration to re-join the Iran nuclear agreement and lift the sanctions.

We must also ask Eliot Engel to stop supporting the MEK, the fringe Iranian opposition group that is hated inside Iran for killing civilians in terrorist acts. Many Iranians criticize the Islamic Republic, but they do not see the MEK as a legitimate replacement for the regime. Engel should cut his ties with this terrorist group and instead promote diplomacy with Iran.

As we come to the end of our trip, we leave with our hearts full of love for the people here. But we also leave with a tremendous sense of responsibility to stop the policies of our government that are inflicting so much harm on innocent Iranians.