Tell Chairman Engel to call for the U.S. to re-enter the Iran Nuclear Agreement

Tell Chairman Engel to call for the U.S. to re-enter the Iran Nuclear Agreement 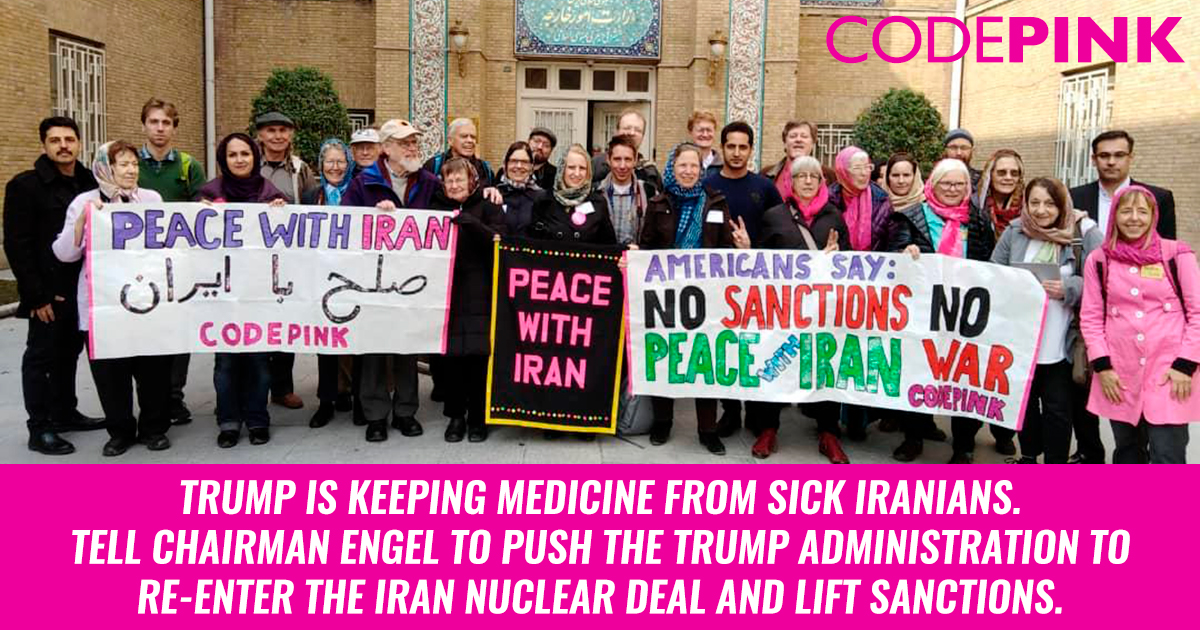 President Trump has withdrawn from the Iran nuclear deal and reinstated economic sanctions that are hurting the Iranian people. By violating the nuclear agreement that was signed by the U.S., Iran, and other major world powers, the Trump administration has damaged the U.S. reputation among our closest allies, gone against U.S. national security interests, and has negatively impacted the lives of millions of ordinary Iranians.

Send a message to Chairman Eliot Engel of the House Foreign Affairs Committee to call for the U.S. to re-enter the Iran nuclear deal and lift the sanctions.

By withdrawing from the Joint Comprehensive Plan of Action (JCPOA) and reinstating severe sanctions on the Iranian people, the Trump administration has damaged U.S. transatlantic relations, gone against U.S. national security interests, and is waging an economic war against the Iranian people. It is urgent that you push forward legislation in the House Foreign Affairs Committee that holds the President accountable for violating an international agreement, and calls on the administration to re-enter the deal and lift the sanctions.

In the last 40 years, the U.S. and Iran have had no diplomatic relations. The landmark Iran Nuclear Deal opened channels for negotiations on a range of issues affecting the region. But President Trump violated the international agreement and has closed off all channels of communications.

Please hold President Trump accountable for violating the Iran nuclear agreement and call on the administration to re-enter the deal.

Please also stop supporting the MEK, the fringe Iranian opposition group that has no legitimate support inside Iran. John Bolton is the MEK’s biggest cheerleader — he’s been paid $180,000 to speak at MEK events that call for regime change, sanctions, and war with Iran. Many Iranians criticize the Islamic Republic, but they do not see the MEK as a legitimate replacement for the regime. Please stop supporting this group and instead bring forward legislation that promotes diplomacy with Iran.