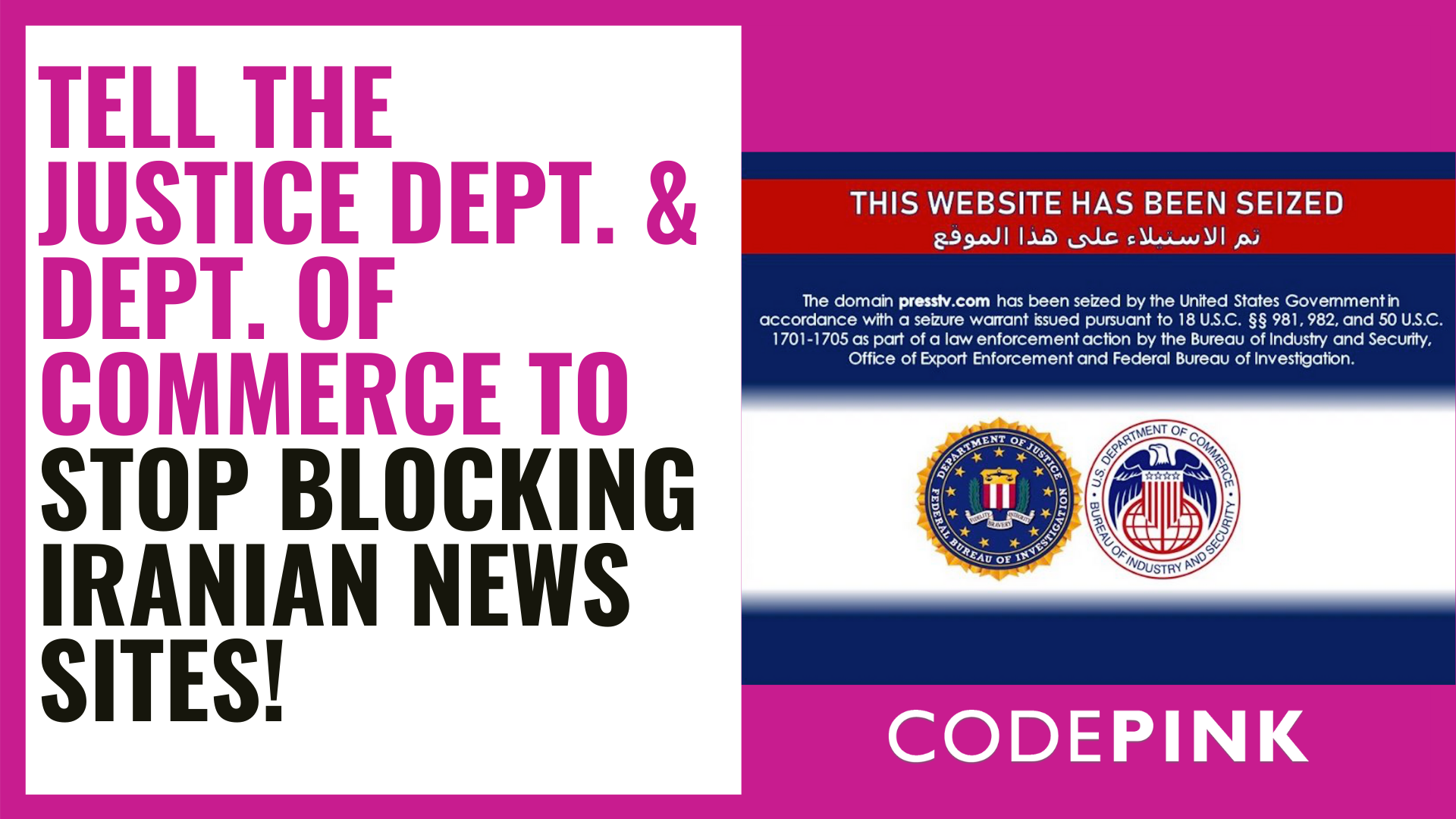 On Tuesday, in the middle of negotiations to restore the 2015 nuclear deal with Iran, the Biden administration seized dozens of Iranian news websites and made them inaccessible citing “misinformation”. It was not only a violation of free speech, but also a reckless thing to do while the US and Iran are so close to reinstating the Nuclear Deal and lifting the debilitating sanctions on Iran (during an ongoing pandemic) that are causing immense suffering to the Iranian people.

We, the undersigned, are demanding that the Department of Justice and Department of Commerce release all Iranian/Iranian-affiliated websites that have been seized by the US government. On Tuesday, June 22, PressTV, Almasirah, and several dozen other websites were restricted and their content blocked from view. The Justice Department used the excuse of the websites distributing “misinformation”. We believe that the seizure of these sites is a violation of free speech and poses a critical obstacle to peace.

Since April, Iran and the United States have been in indirect negotiations in Europe regarding the Joint Comprehensive Plan of Action (JCPOA), otherwise known as the Iran nuclear deal. Under the order of President Trump, the United States left the deal in 2018 and imposed greater sanctions on Iran, harming everyday Iranians. Rejoining the agreement would promote diplomacy with Iran and lift sanctions that are killing Iranian civilians. Blocking Iranian sites only sends the message that the United States does not respect Iranian sovereignty and press, in a time where the US-Iranian relationship is volatile.

Houthi-owned websites were seized as well. The Houthis, or AnsarAllah, the group fighting Saudi Arabia’s military in Yemen, seem to also be making important headway in peace negotiations. The Houthis and Saudi Arabia are negotiating in Oman on the terms of ceasefire as it relates to the multi-year blockade on Yemen. This action by the Justice Department and Department of Commerce also sends bad signals to the Houthis, who are critical in the peace process in Yemen.

The United States has no right to block these websites, as they both interfere with the distribution of important news, and is a violation of the free press. We demand that all websites are released immediately.