Iranian Women Squeezed by Sanctions, COVID-19 and their Government 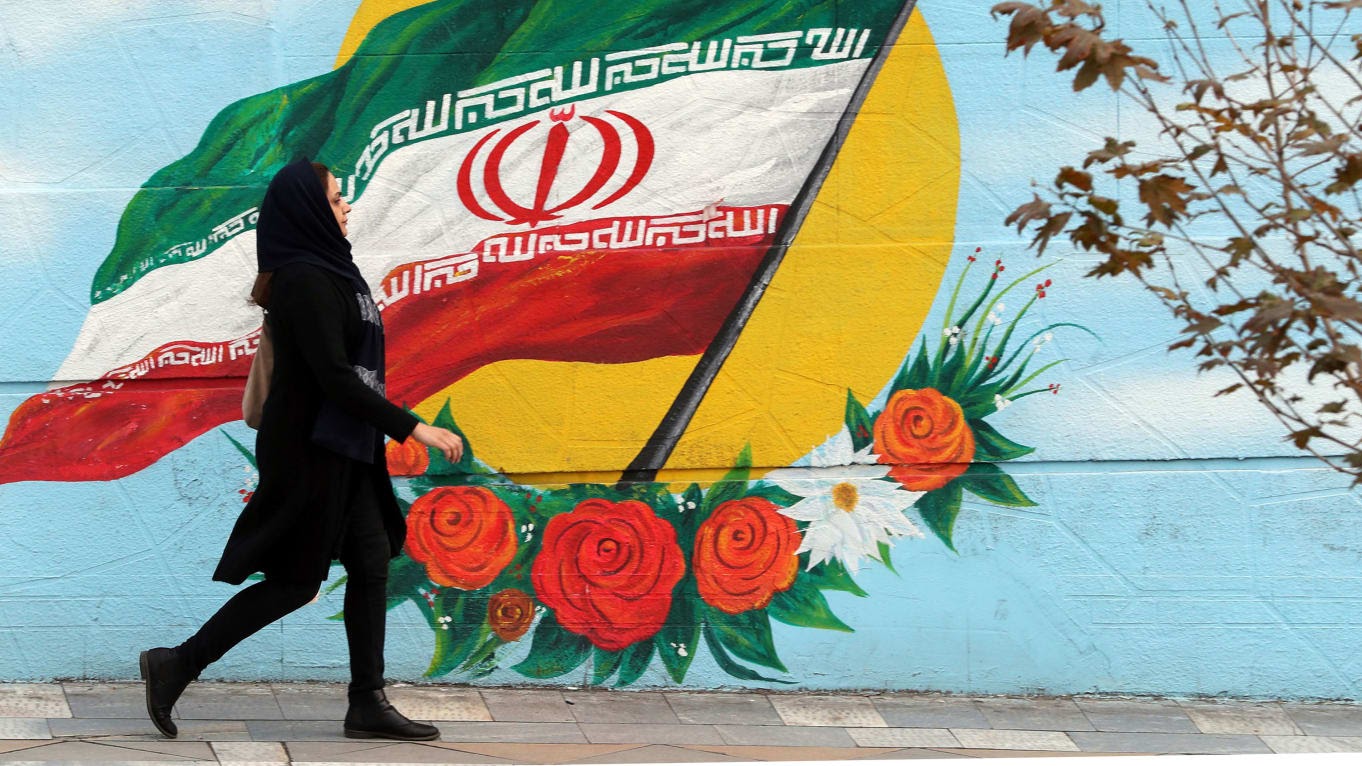 By Medea Benjamin and Sussan Tahmasebi

An interview with Sussan Tahmasebi, an Iranian American women’s rights activist and director of FEMENA. We talked with Sussan in May 2020 about how the Trump administration’s “maximum pressure campaign,” along with the terrible spread of coronavirus in Iran, have impacted Iranian women.

Medea: How did the government first deal with the outbreak of coronavirus and why did it spread so fast, making Iran the epicenter of the pandemic in the Middle East?

Sussan: Just like here in the United States, people in Iran are really suffering from the inability of the government to act in a timely manner. When the virus first hit Iran, the government was slow to respond and did not warn the public in a timely manner. State and government officials wanted a strong showing for the marches on the anniversary of the Revolution in February and the Parliamentary elections in March, so it delayed warning the public.  The nation was shocked when Iranians living in Qom started dying as a result of COVID19. The Member of Parliament from the religious city of Qom broke the silence and criticized state and government authorities for failing to warn the public and take appropriate action to mitigate the spread of the virus.

Medea: What was the original source of COVID19 in Iran?

Sussan: It is believed that initially, the source of the virus was Chinese students living in the religious city of Qom, the first epicenter of the virus. Initial calls to quarantine the city were refused by religious leaders and dismissed by government officials.  Efforts to stop travel between Iran and China were also not successful. In fact, over the past few months it has become painfully clear that because of the sanctions and the devastating economic situation of the country, Iran has become over-reliant on China and as such is not in a position to limit its relationship. Even hints at limiting travel in the earlier days and later minor criticisms of how the Chinese have handled the spread of the virus have been swiftly rebutted by the Chinese ambassador in Iran, with Iranian authorities backtracking on statements.

Medea: How has this pandemic, together with sanctions, affected the economy?

Sussan: Long before this pandemic, the Iranian economy has been hard hit by the sanctions, as well as corruption and mismanagement. The Obama sanctions implemented in 2010 were devastating for Iranians because they sanctioned Iran’s central bank. Basically, this meant that Iran could have any financial transactions with any country, it could not transfer funds or receive funds. In essence, an entire nation is treated like terrorists.

The signed of the Nuclear Deal in 2015 offered some reprieve from the devastation of the sanctions, but the sanctions were never fully lifted.  The imposition of even stronger sanctions by the Trump administration as part of its “maximum pressure campaign” has impacted poor and vulnerable communities even further. The rapid economic decline that has resulted from these sanctions has meant that Iranians have been getting poorer and poorer and the value of their currency has dropped with every round of sanctions.

So for some time now, poor and vulnerable communities have been suffering from poor diets and malnutrition, lack of access to health care due to financial constraints, and this has weakened their immune systems. A strong immune system is critical in fighting COVID19.  One of the activists I talked to said something that really struck me. She said, “It isn't strange to me that so many Iranians have been getting sick and dying from coronavirus because by the time the virus hit, Iranians were already depleted in every aspect of life.”

Medea: The administration claims that sanctions are targeting the Iranian rulers, not the people. How do you respond to that?

Sussan: While the administration claims that sanctions are targeting those in power, the sanctions really impact the ordinary people, especially women, children, minorities, refugees, the disabled and the sick. Sanctions have become a method of warfare, denying life-saving medicines to sick people, destroying livelihoods and plunging millions into poverty. The local currency, the rial, has lost over half its value. Most of those who have lost employment or who have suffered economically were already working in the economic margins. They were employed as day laborers or street peddlers, or providers of services. They were women-headed households, who despite low wages are responsible for entire families .

But the middle class is also suffering. Our friends who have businesses have had to shut them down. The middle class is being squeezed and the independent business sector is being decimated, while unaccountable, corrupt groups, who can evade sanctions because of their connection to those in power, grow wealthier and more powerful.

Medea: You started a feminist organization, FEMENA, and you work with Iranian women’s groups. What’s the status of that movement now?

Sussan: At FEMENA we try to elevate the perspectives of activists in the MENA region [Middle East and North Africa], including Iran. In Iran, women have been particularly hurt as a result of the economic downturn. It’s hard to have gender-disaggregated data on who has lost their jobs, but based on reports from women activists, women are the first to lose jobs. In fact, hardliners in government use the economic problems as an excuse to push women out of work. They often claim that given the poor economic situation, it is better for men to have jobs since, by law, they are recognized as the head of the households. Women are already economically disadvantaged by the reality of life in Iran. They are discriminated against in terms of the law; they have little access to the job market. Now, with the pandemic, women also have to take care of children who stay home from school and take care of family members as they become sick. So the burden on women has been tremendous.

I have worked with the women’s movement in Iran for years. I have seen how the economic disaster has hurt their ability to organize, but we have to remember however that the Iranian women’s movement is a very sophisticated movement with a long history of creatively advocating for rights. Over the last decade, activists have advocated for all kinds of issues: the inclusion of women in decision-making roles, their election to Parliament or even to run for President, the reform of discriminatory laws in order to ensure women’s legal equality, and an end to sexual harassment in the public sphere. But when people are in survival mode, they lose interest in pushing for human rights. Rights issues become secondary. The most important issues are the economy and how people will feed their families. The women’s movement also has to respond to these primary needs, and has to shift its focus to provision of life-saving services, instead of rights advocacy.

During hard economic times and times of potential conflict, which basically describes the better part of the last decade, the government tends to adopt more repressive approaches, to quiet dissent. It actively cracks down on civil society groups. We are already witnessing an increased backlash and security pressures against Iranian civil society, including women’s groups.

The sanctions make it almost impossible for Iranian women to engage with their counterparts internationally. In fact, because of a combination of sanctions and repression, activists inside the country are almost completely excluded from international gatherings and even debates.

For all of these reasons, I think the Iranian women’s movement is more isolated today than it has ever been in all my years of activism.

Medea: In addition to sanctions, the Trump administration has taken military actions against Iran, and Iran has responded in kind. How dangerous is the conflict between Iran and the US now?

Sussan: Trump’s unilateral withdrawal from the Iran nuclear deal and the imposition of these draconian sanctions have led to a dangerous standoff—oil tankers seized, drones shot down, US sending more battleships and troops to the region, confrontations in the Persian Gulf, attacks on each others’ forces in Iraq. The situation is so tense that any day now, one more incident could ignite a conflict that could engulf the entire region. Both sides claim that they don’t want war, but tensions are so thick that war is a very possible outcome.

Medea: What should we in the US be calling for?

Sussan: We need an honest and concerted effort toward a diplomatic solution to the current standoff.  The last thing we need is another senseless war in the Middle East, which has been experiencing conflict for decades.  We can’t allow Iran to be the next Iraq, where US intervention led to so much death and destruction,  increased instability, violence and terrorism across the region.  The tragic consequences of the Iraq war continue to be felt nearly two decades later. The idea of repeating such a colossal mistake, on an even bigger scale, with zero justification and no plan for what could come next, is terrifying.   That is why we need serious diplomacy and dialogue in order to end this standoff.

As a first step, the US should lift the sanctions that it has imposed on Iran, in line with agreements reached through the Iran Deal. It needs to end its maximum pressure campaign, which mostly hurts the Iranian people. Together, we have to create an environment where Iranian people thrive and can hold their own government accountable on a range of issues, including on human rights issues. This can only happen in an atmosphere of peace.