Iranian Cultural Event: I Am Not Trump 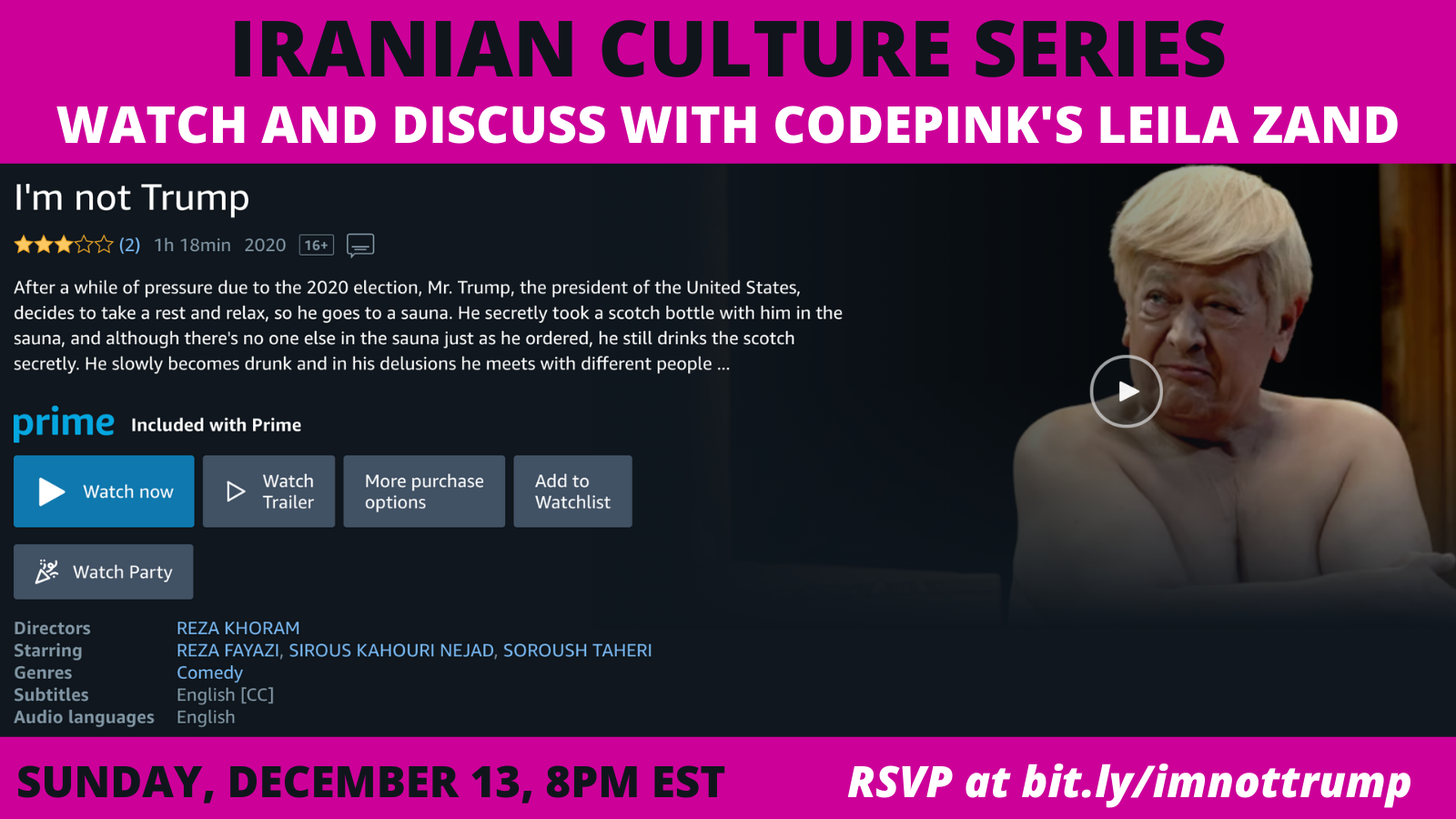 We are excited to announce a viewing and discussion of a new play (shown on Amazon Prime), I'm not Trump, by a theater group based in Tehran. Through watching this play and speaking with the artists behind it, we can understand the perspectives of real Iranians on current Iran-U.S. relations.

“After a while of pressure due to the 2020 election, Mr. Trump, President of the United States, decides to take a rest and relax, so he goes to a sauna. He secretly took a bottle of scotch with him in the sauna, and although there is no one else with him in the sauna, just as he ordered, he still drinks the scotch secretly. He slowly becomes drunk and in his delusions, he meets with different people…”

How it works: Watch the video of the play at home on Amazon Prime Video, then join CODEPINK's Leila Zand for a discussion with some of the play's actors and producers. RSVP below for the discussion

The discussion will include:

No other nation has suffered from Trump’s failed foreign policy like Iran. On top of inhumane sanctions, Iranians are now coping with the devastating COVID-19 pandemic. If we stay quiet about this destruction, we never will have a chance to reverse the damage caused by the Trump administration on the most populous country in the Middle East. We must tear down the walls of isolation and understand how our brothers and sisters are dealing with conditions created by the Trump administration.