International Women Join With Koreans to Demand Peace on the Peninsula 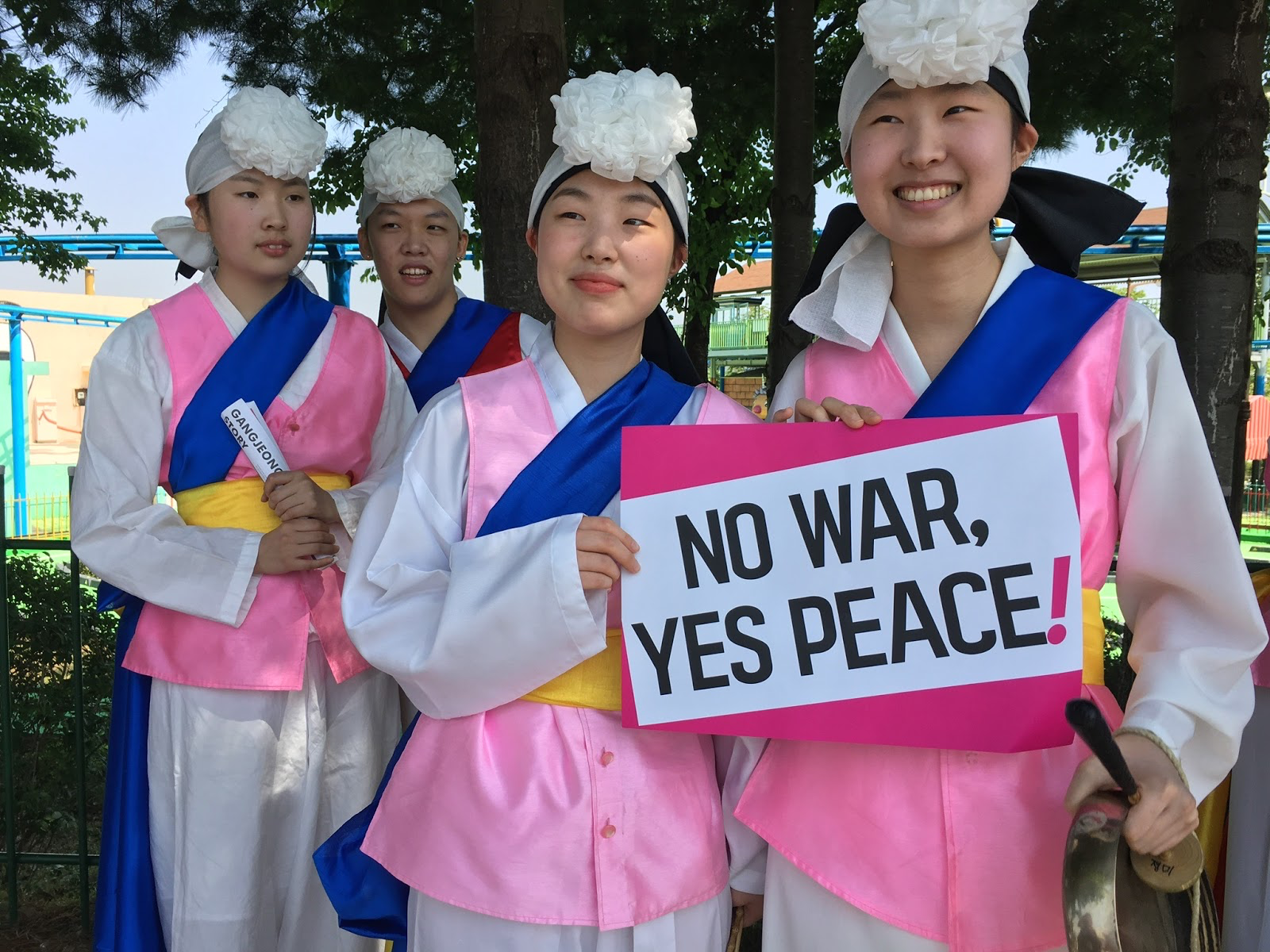 I just returned from South Korea with a fabulous delegation of 30 women from 15 countries, including Russia, China, Mongolia, Japan, Canada, Colombia, Iraq and the United States. It was organized by WomenCross DMZ (the wonderful Christine Ahn) and Nobel Women’s Initiative (the great Nobel laureate Mairead Maguire and director Liz Bernstein). Our counterparts in South Korea included the YWCA (yes, it is very progressive and political in many parts of the world!), Women Making Peace, and Peace Mothers of Korea. 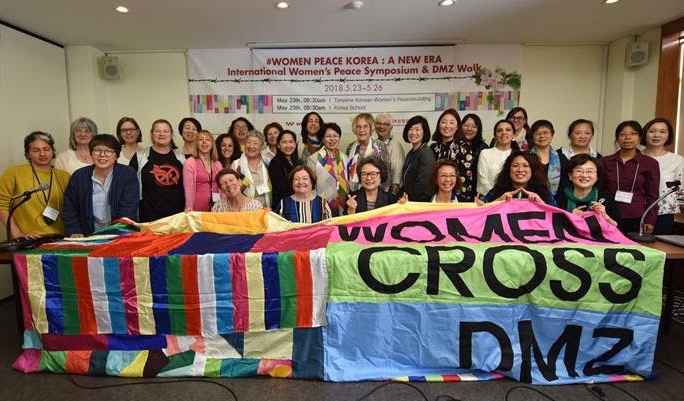 In a whirlwind of activities, we held an women's peace symposium at the National Assembly hosted by the Minister of Gender Equality and Family Chung, Hyun-back. We had meetings with the US, UK, Japanese and Swedish embassies and were warmly received at a reception co-hosted by Canada and Norway with five Ambassadors present and 20 foreign ministry staff. A smaller group also met with the Ministry of Foreign Affairs.

Our peace walk was a glorious six-mile-long hike to the DMZ (which turned out to be at the same time as when South Korea’s President Moon and North Korea’s Kim Jong Un were meeting in Panmunjom). At the end of the walk we held a beautiful ceremony with traditional drums, dancing and singing. 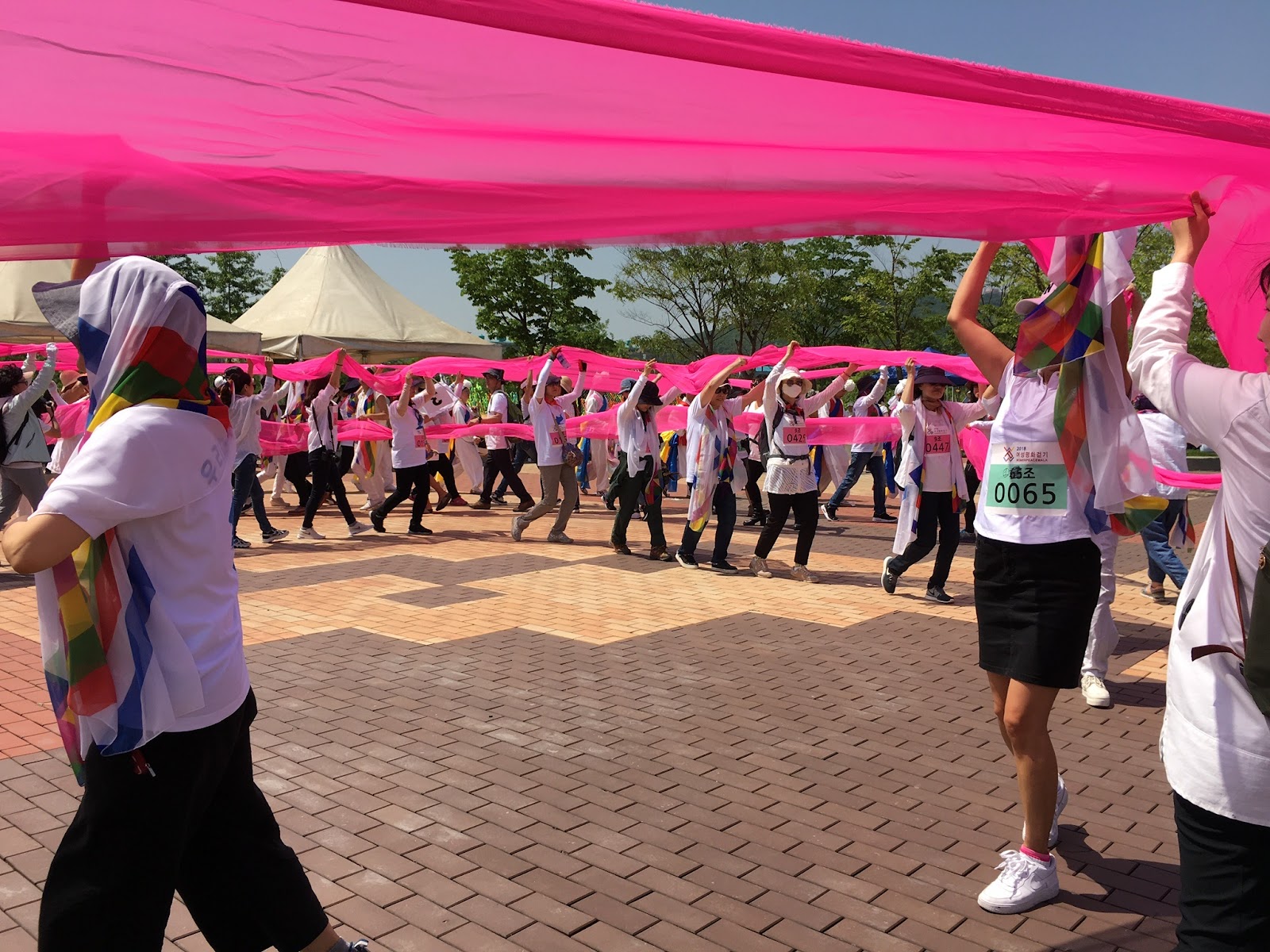 The low point of the trip was the second day, when we heard about Trump canceling the summit. Undeterred, we quickly organized a protest outside the US embassy and joined a Korean candlelight vigil in the evening. At a hastily called press conference in Gwangwamun Square, in the centre of Seoul and in front of the United States embassy, Women Cross DMZ founder Christine Ahn declared: “Peace isn’t just up to two men. It’s up to the people and the leaders of North and South Korea, and that peace train has long left the station.”

We called on Donald Trump to get back on board the peace train or be left behind. We were elated when we discovered, two days later, that it looked like the summit was back on. 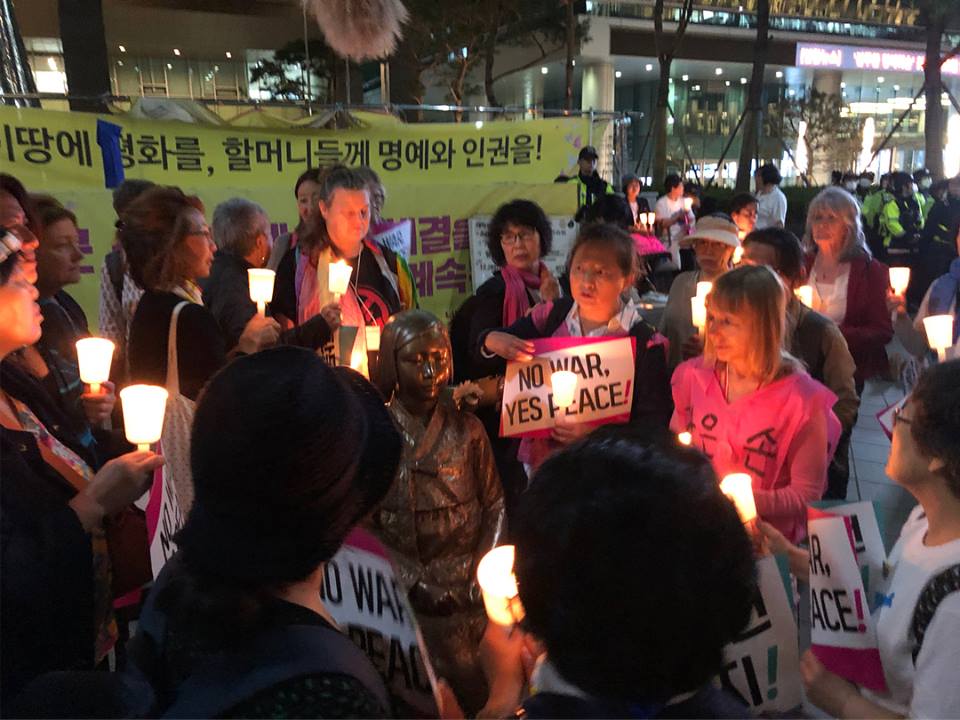 Among the different points we learned/discussed:

We call for June 12 to be a Global Day of Solidarity with the Korean people for peace.

We truly believe that the momentum toward peace is unstoppable, driven forward by the deep yearning of the Korean people for reconciliation and peace after 70 years of separation and conflict. We have to make sure that the US government is part of the solution.

Medea Benjamin is cofounder of CODEPINK and author of Kingdom of the Unjust: Behind the US-Saudi Connection. Her new book is Inside Iran: The Real History and Politics of the Islamic Republic.