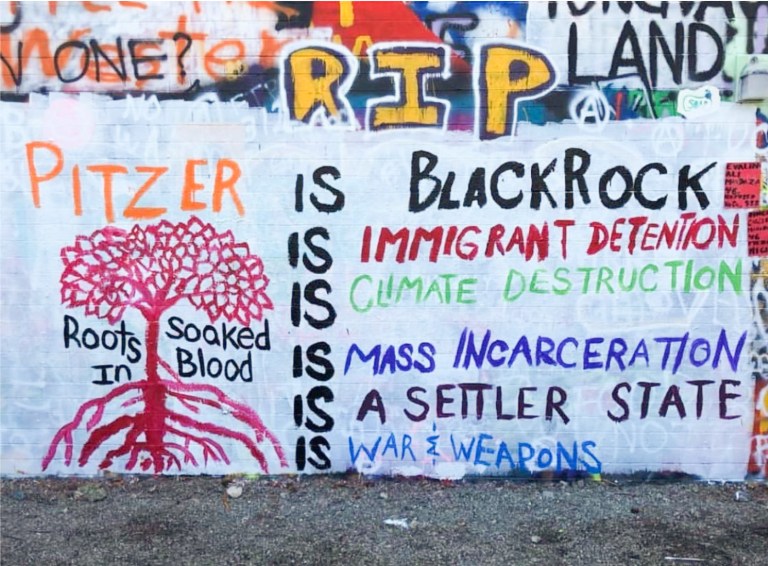 By Nancy Mancias, CODEPINK Divest from the War Machine Campaign

On March 4, Brian Deese the Global Head of Sustainable Investing at BlackRock addressed the investment committee at the California State Teachers’ Retirements System (CalSTRS) and offered them a framing of climate risk as an investment risk. He explained the differences between physical and transitional risks and identified transitional risk as to be the best choice for a company. With transitional risk, BlackRock can assess if the company is transition ready for a low carbon economy. The presentation comes on the heels of BlackRock CEO Larry Fink’s annual letter to the financial leaders of the world. CalSTRS is an important client because it is the second-largest pension fund in the United States.

Mr. Deese acknowledges that it was through public advocacy and client concerns that persuaded BlackRock to take the necessary steps to combat climate change. While BlackRock is building its tools to measure a company’s performance on climate change, can it use the same assessment on companies that create or invest in nuclear weapons?

BlackRock is breaking new ground to appease its critics on environmental issues, however, the company still needs to listen to those who are advocating for social change like the students at Pitzer College. The students are petitioning their school to divest from BlackRock because it continues to be the largest investor in private prisons, fossil fuel, and weapons of war. In a first of its kind, Pitzer Student Senate passed a historic resolution 16-1 demanding the school end all investing in BlackRock funds.

On March 5, disarmament activists and politicians marked the 50th anniversary of the Non-Proliferation Treaty. Years after the historic signing of the treaty,  we can see an uptick in the race for nuclear weapons from countries that hold the biggest nuclear arsenals including the United States. BlackRock is in a unique position to use its power of influence to tighten the money flow to those companies that make nuclear weapons.