My First Week at CODEPINK 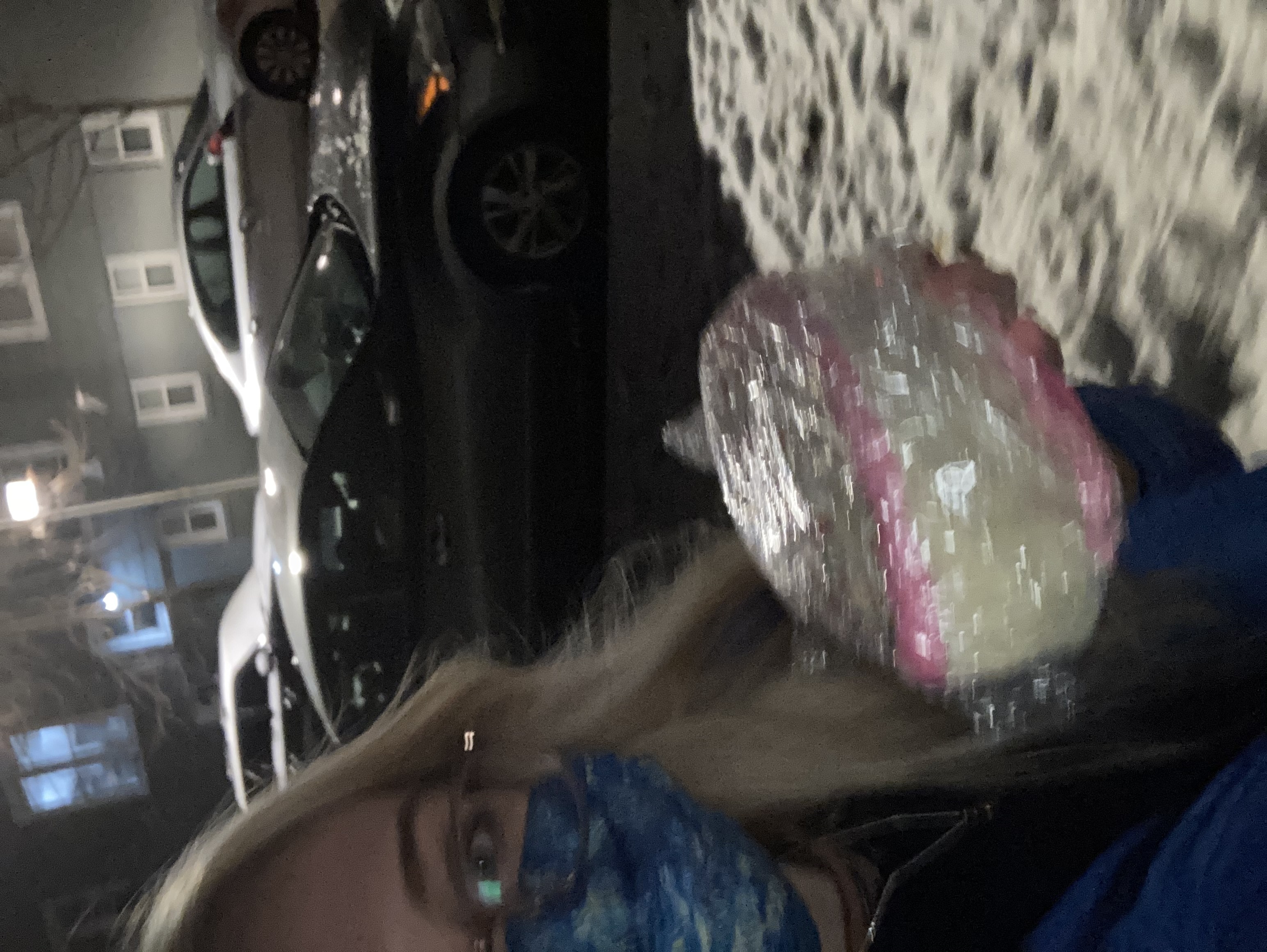 If Danaka Katovich tells you the cake you’re picking up from a CODEPINK Zoom party is too sugary, it is best you believe her and don’t try to eat the entire bit in one night. Despite the insane stomach ache and sugar rush that followed my first week at CODEPINK, it has been one of the most nerve-wracking and beautiful weeks I’ve had in a very long time. I was hired to take on the Feminist Foreign Policy Project with CODEPINK’s co-founder, Jodie Evans. Not intimidating at all to be working on a project alongside one of the greatest feminist advocates of our time, not to mention doing it all over Zoom. My first staff call was, to say the least, overwhelming. To be in the (virtual) presence of some of my greatest long-time idols as well as new inspirations was something I was surprised to have not had an anxiety attack over. I am coming at a time when CODEPINK is on full alert (to be honest, they always are but stick with me). I joined in January of 2021, a new president and new year with the same brutal pandemic constraints as the last. Much of the first few staff calls I was concerned how exactly CODEPINK would address the new administration and what we wanted to hold Biden accountable for. It was amazing to hear about planning for campaigns I have admired and supported externally for so many years. CODEPINK’s Divest from the War Machine, somewhat of an all-encompassing project, is one that I have deeply resonated with over the years and what I feel best explains the necessary action this country must take. Divestment comes in many forms. It looks like college campuses, cities, and communities divesting from weapons manufacturing companies, from private prisons, and from anything to do with the war economy.

Divesting from the war economy is at the center of CODEPINK’s mission. Understanding the pain and violence that we have unconsciously had to live with under imperialism and the patriarchy are all things we can grow out of. Through watching webinars, listening to podcasts, and reading resources surrounding feminism and a feminist foreign policy perspective, it has been made even more clear to me that a world without war and punitive action is possible within our lifetimes. As described in CODEPINK’s 21 Days to Divest from the War Economy, the war economy lives off our alienation from one another. The war economy thrives off competition and feelings of superiority against our fellow community members. By coming to the realization that it is not natural nor healthy to be in aggressive competition with those around you, it becomes clear that connection, community, and compassion are things that can truly save our world and our population. As displayed by CODEPINK’s 21 Days to Divest, the war economy pushes us to have transactional relationships, to base our relationships on what we are getting from them, rather than cultivating real connections and relationships with one another. We are so infatuated with consumerism and other people’s perception of ourselves, we begin to forget what actual happiness and connection look like. The war economy perpetuates this narrative, exemplified in the US supporting Saudi Arabia in the merciless bombings of Yemeni civilians to prove perception and superiority within the world (and $$ of course). More close to home, the war economy perpetuates the need for punitive measures like prisons and harsh restrictions once individuals are no longer incarcerated. The war economy insists we answer any conflict with aggression and punishment. The prison-industrial complex and military-industrial complex derive from men and women in power who are reluctant to stray from the idea that the current status quo is not literally killing us and our planet. This is truly why I am so excited to be involved in the Feminist Foreign Policy Project. At every meeting I've had with Jodie so far, she has relayed the true meaning behind the program. We have all of these issues facing our world today and CODEPINK has so many campaigns in place to deconstruct and grow new policies and communities in those areas. But what does the world look like once we have truly begun to work towards a world free from the patriarchy, from destruction, and from the war economy?

This is where the Feminist Foreign Policy Project steps in.

After the world has divested from nuclear weapons, after we have abolished prisons and policing, after Palestine is free, after Yemen no longer is the world’s greatest humanitarian crisis, what should the world like from a feminist perspective? FFPP believes it is the antithesis of the punitive system we currently have, a community-oriented society based on mutual aid, self-sustaining food and health resources, and settling our differences through diplomacy and conversation rather than aggression and war. It is understanding that the only way we will be able to save this earth is by allowing  BIPOC communities to take back the land they have tried to protect for centuries. It is understanding that putting women in power doesn’t automatically mean they are going to invest in feminist and peaceful policies. We do not need a warmonger in heels, as said by Jodie, we need an end to the war economy and an end to the endless wars inflicting violence and pain onto this world.

I am excited to make the Feminist Foreign Policy Project a hub where all this information can be stored and shared with the greater CODEPINK community. I am excited to continue forming friendships with my coworkers and new CODEPINK community. I am inspired every day by the work being produced by my peers. As I continue my journey through CODEPINK, my dedication to abolition, denuclearization, and demilitarization is constantly growing and I cannot wait to see the progress our community will make in the next year and the years after. To work and produce content for feminist activism is a beautiful place to be and I cannot be more grateful. We have so much work to do, but the feminist future is bright and ours for the making. 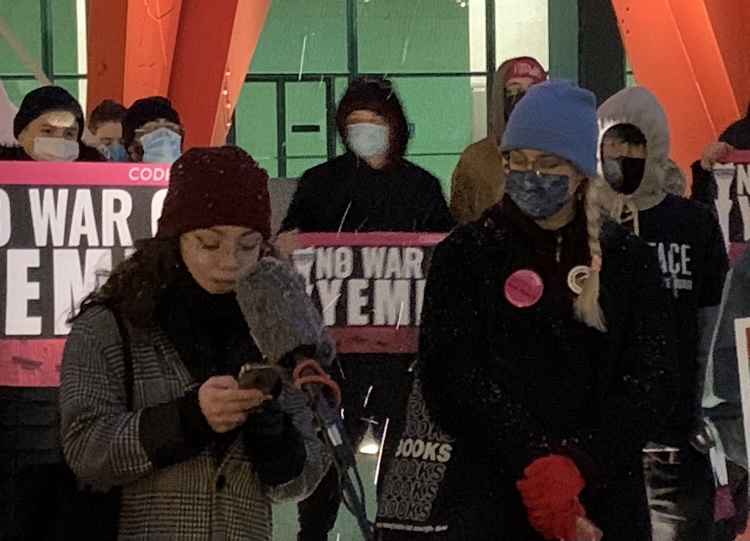 Grace is the coordinator of the Feminist Foreign Policy project. She is from the suburbs of Chicago and studies Peace Justice and Conflict Studies at Depaul University. She has spent most of her college career focusing on peace and abolitionist organizing in the Midwest.