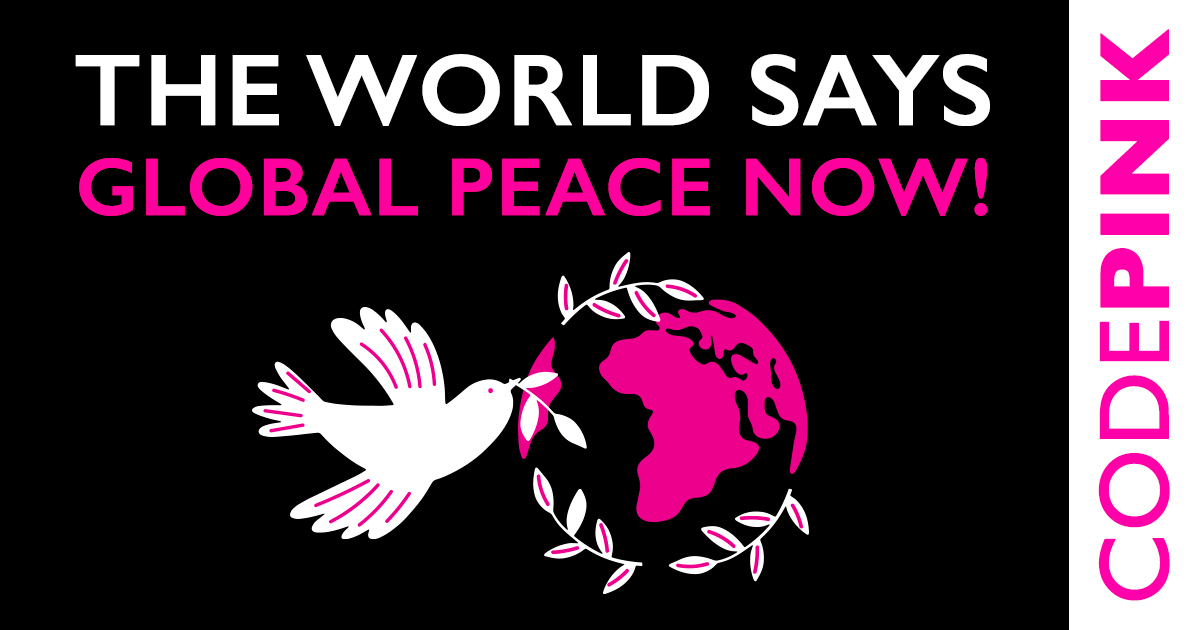 Please join our global movement by signing the pledge below! Use our Global Peace Activist Tookit to help spread the word!

I pledge to be part of a global movement for Peace—The World Says No to War—to stop the Trump administration’s march toward war with Iran.

After two decades of war in the Middle East following the disastrous U.S. invasion of Iraq, the Trump administration is now dragging us into another cycle of violence. Trump’s tearing up the 2015 Iran nuclear deal, imposing a brutal policy of “maximum pressure,” and committing an act of war by assassinating Iran’s Qassim Soleimani has moved us towards a war that the global community does not want.

That’s why I am joining to global people’s movement to demand peace.