On Friday, September 20, CODEPINK activists around the country joined the youth-led Climate Strike, a global day of action for climate change. We took to the streets from coast to coast to support young people and explain why we need to divest from the war machine and invest in a Green New Deal.

Our contingents around the country spread the message that the U.S. Military is the world’s largest consumer of carbon and causes more pollution than 140 countries combined, yet 64% of our discretionary budget is siphoned off to the Pentagon every year and the private weapons companies that the Pentagon contracts with continue to place their short term profit above the future of our planet.

Here are our CODEPINK teams in action around the country: 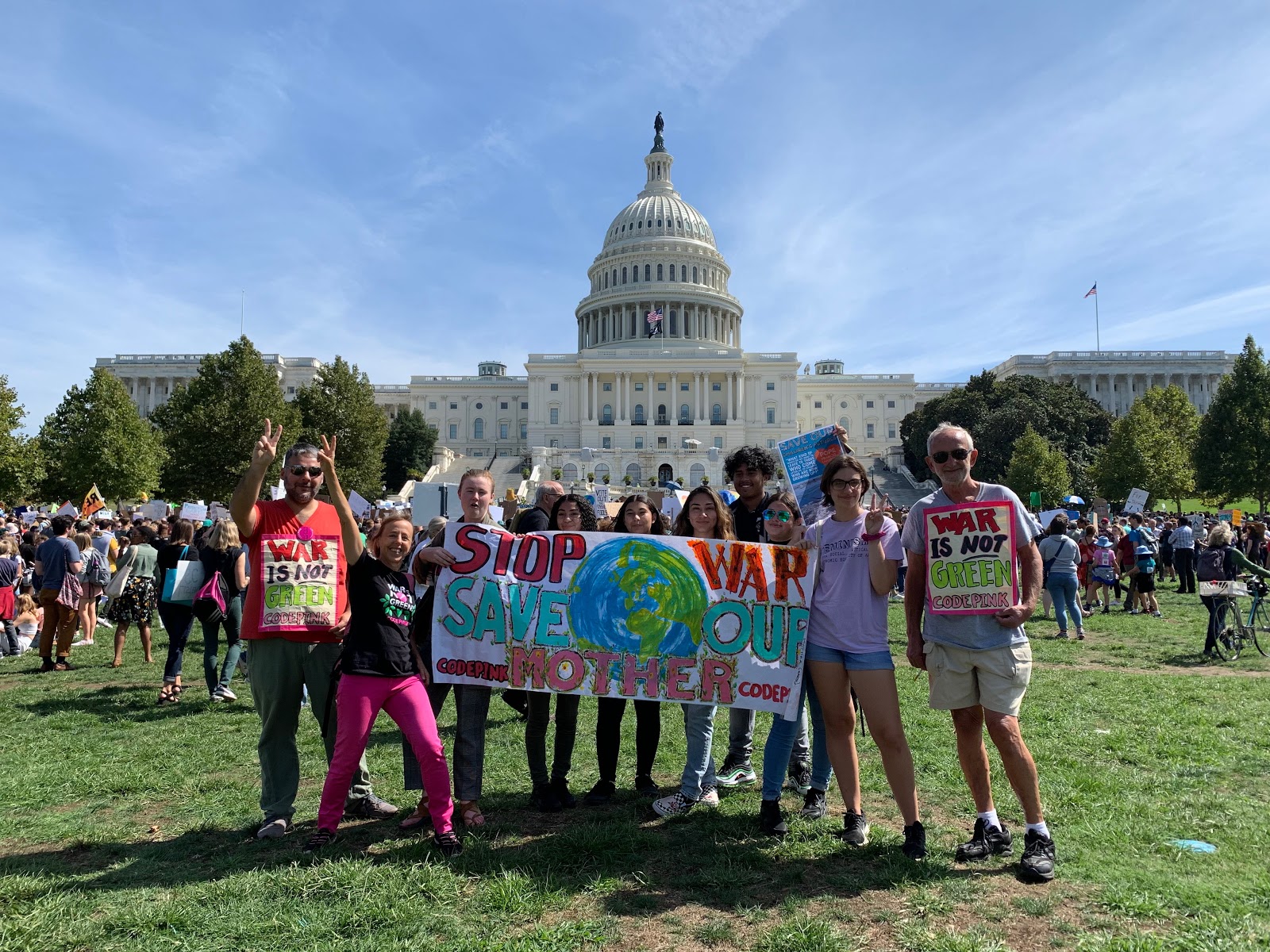 In Washington D.C., the CODEPINK team marched with young people to bring our message to the White House 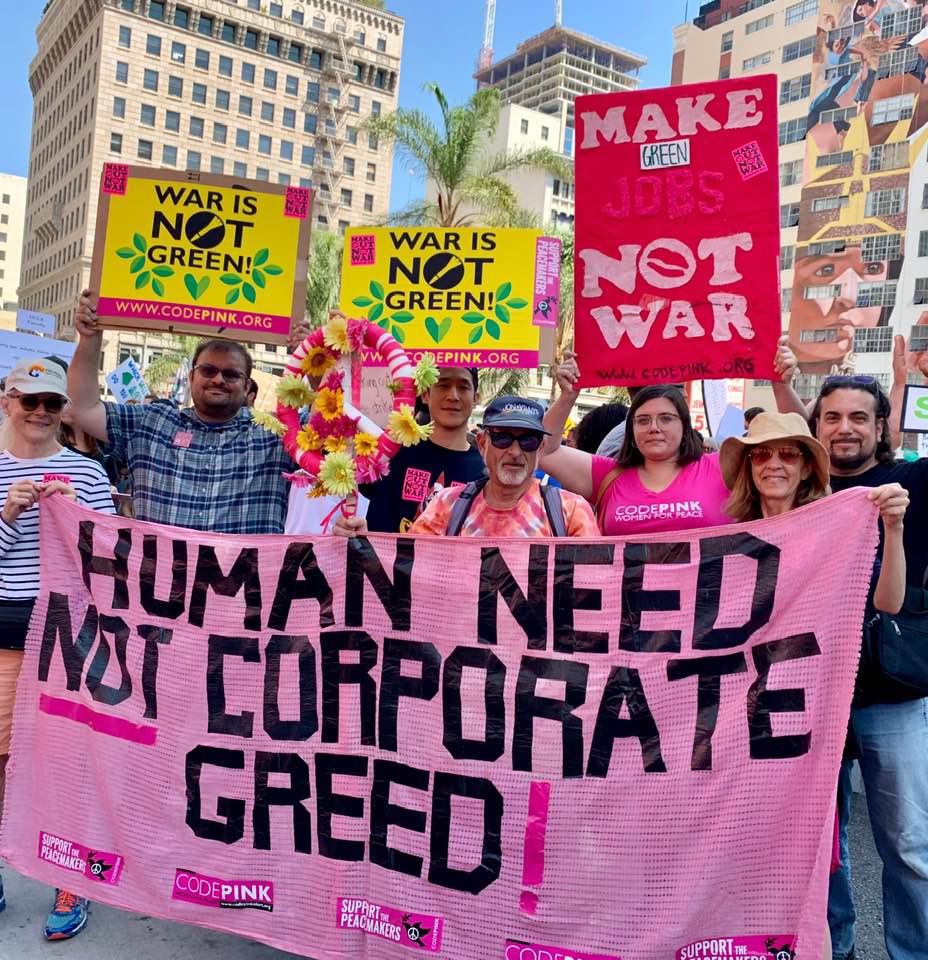 In Los Angeles, the CODEPINK team made clear the connection between war profits and the continued degradation of the environment. They gathered signatures for their petition urging Los Angeles Mayor Eric Garcetti to commit to divesting from the war machine. 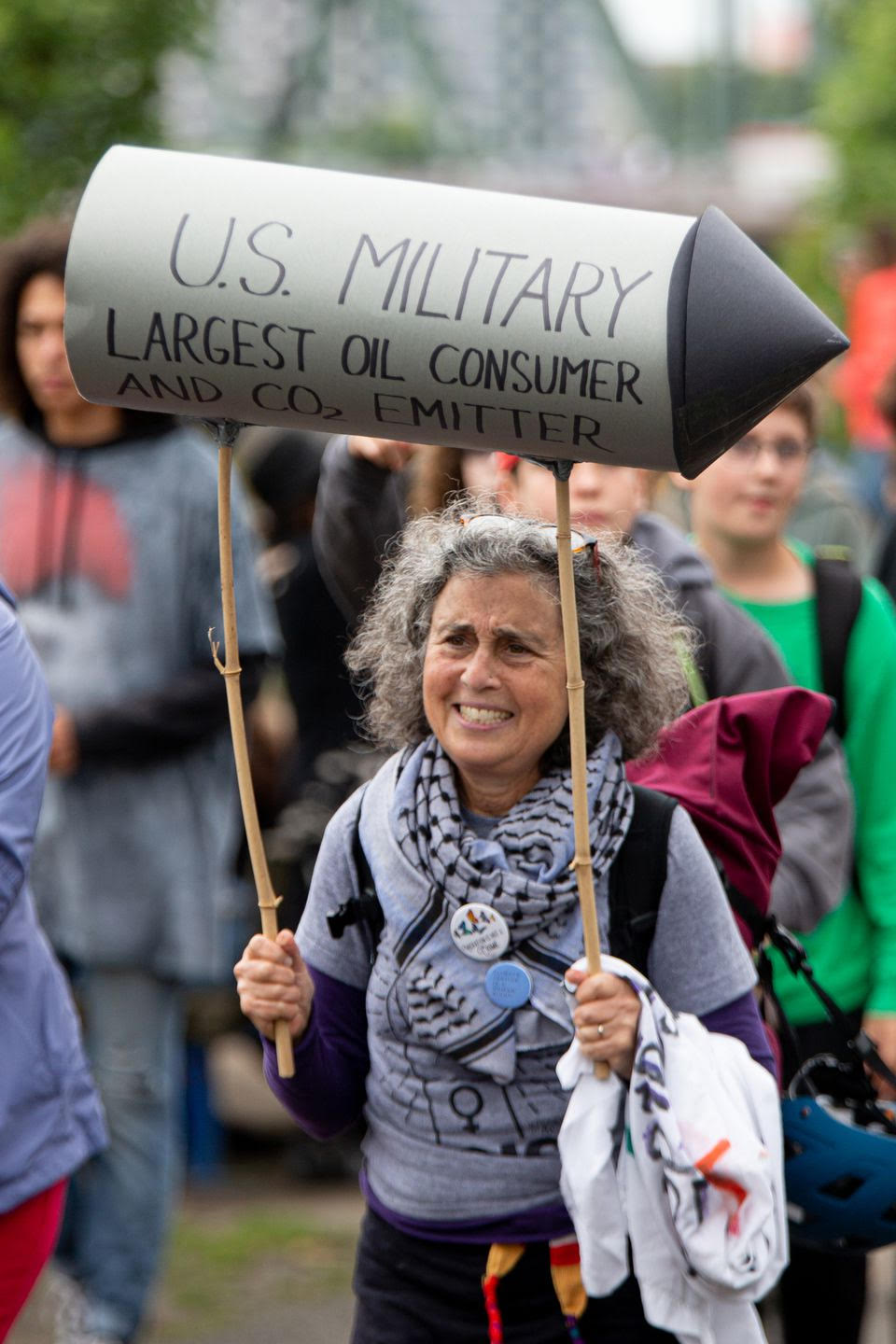 In Portland, CODEPINK activist Maxine showed up for peace and brought our message to the local paper! 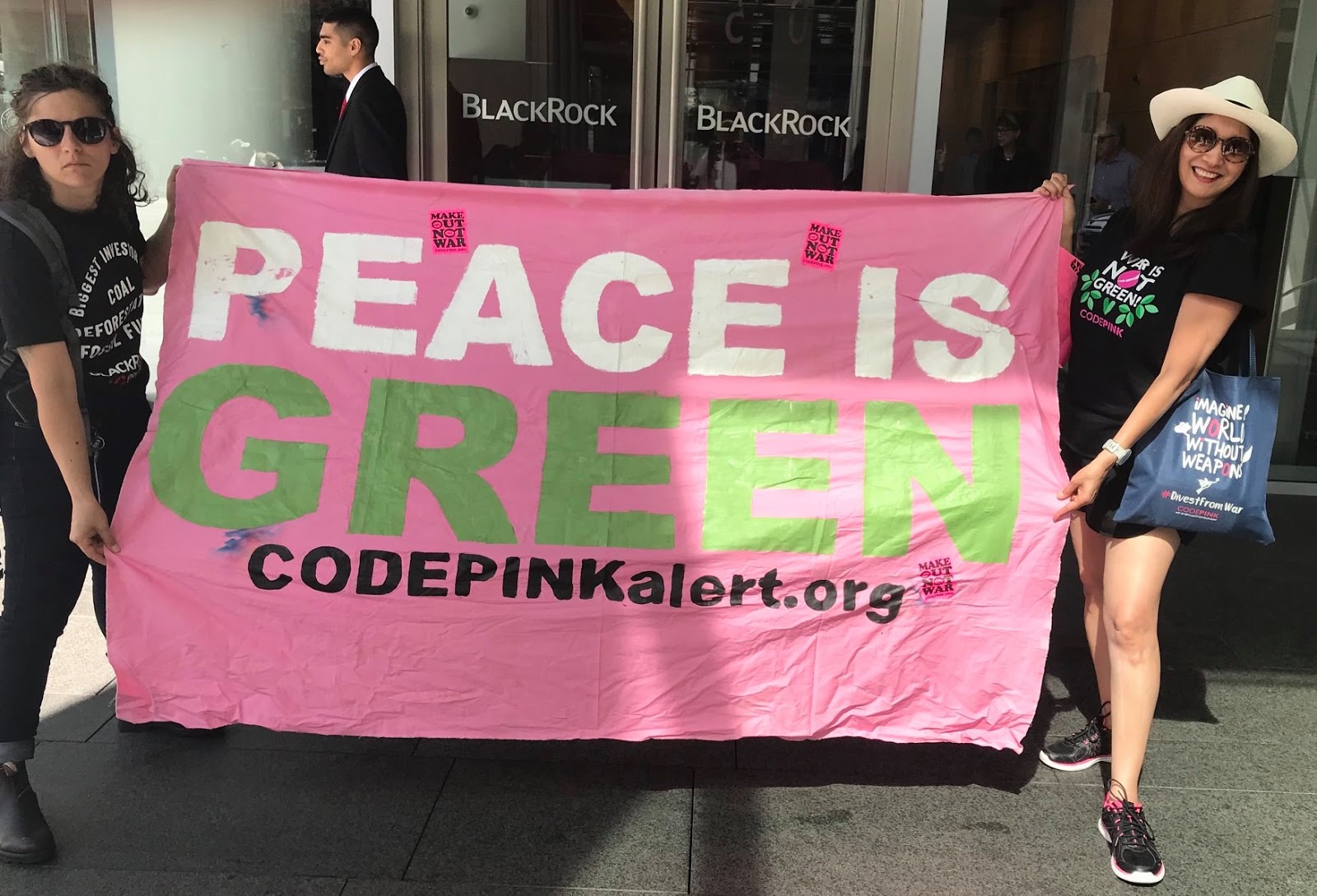 Nancy Mancias protested outside of BlackRock offices in San Francisco, drawing attention to the fact that the world’s largest asset manager is also complicit in deforesting the Amazon and investing millions into the world’s largest weapons manufacturers. 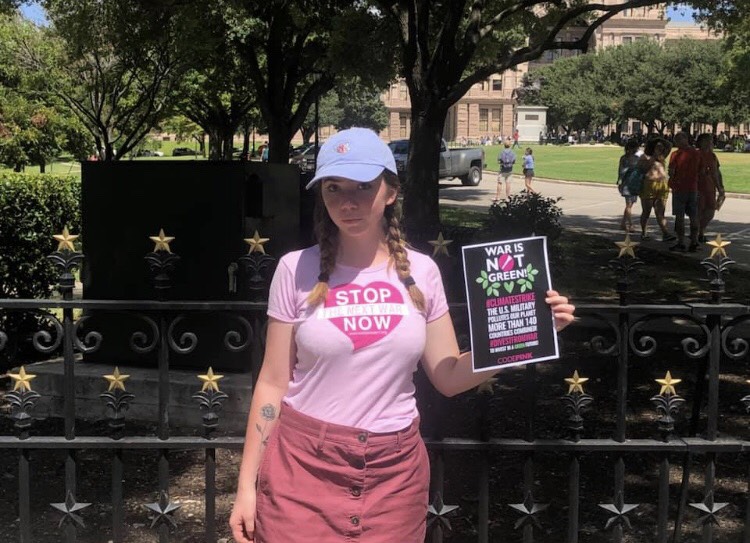 Students at UT-Austin, who are starting their own campaign to divest their university from the war machine, joined the Strike. 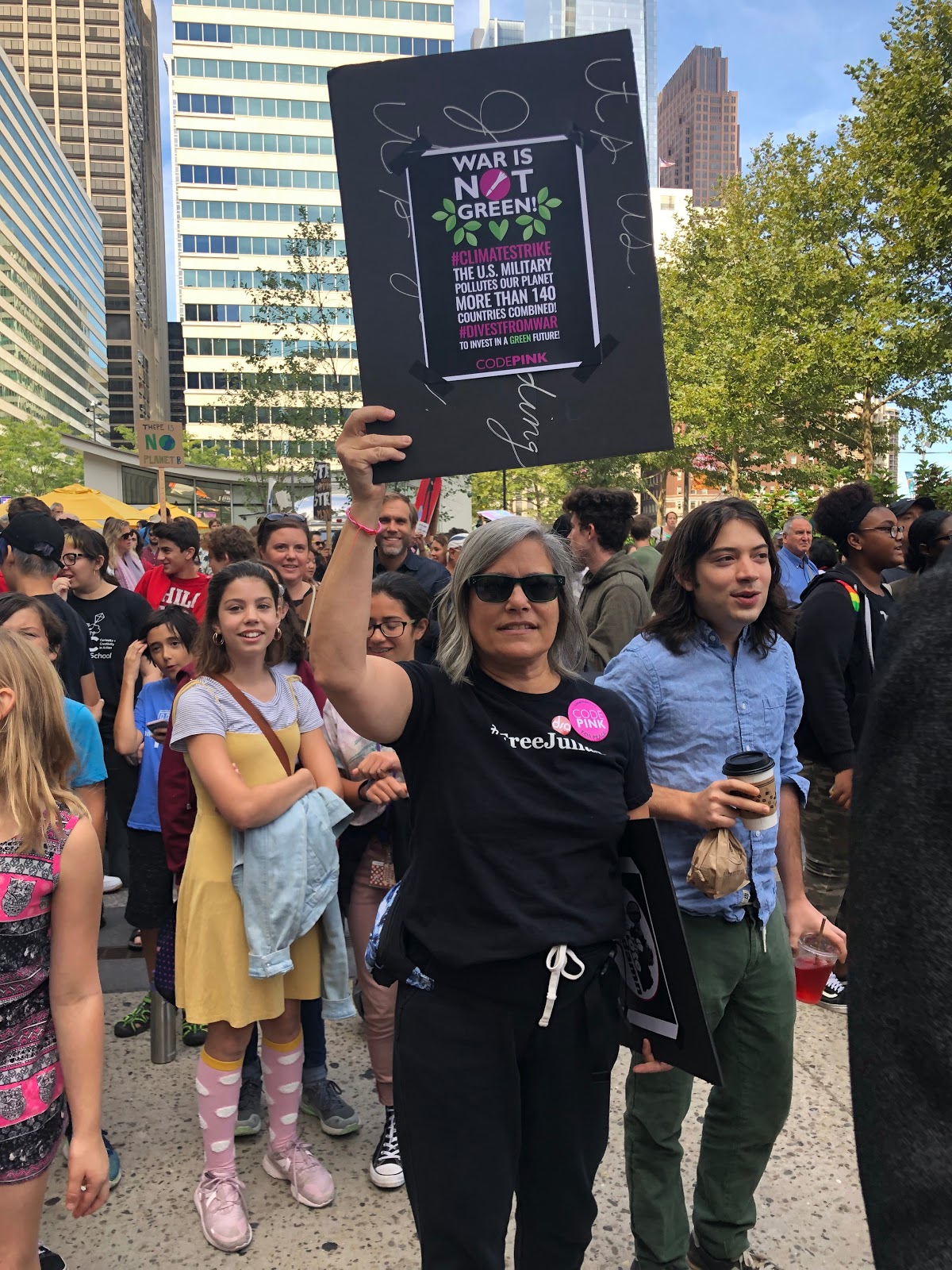 Jill held it down in Philadelphia with a group of engaged young students. 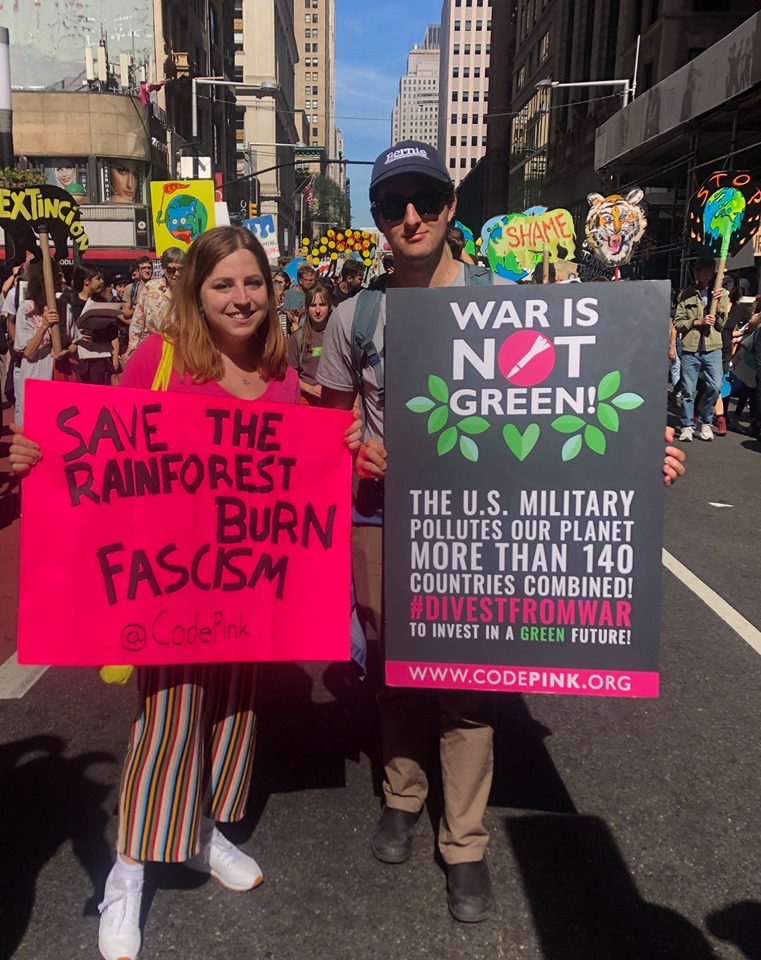 In NYC, CODEPINK organizer Rose reminded us that grassroots resistance to Bolsonaro and facism in Brazil is a key component of our struggle. 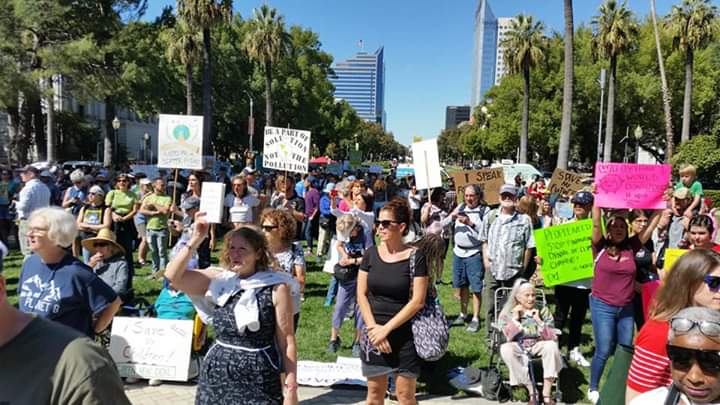 Dawn attended the Climate Strike in Sacramento, CA where she talked to people in the crowd about militarism and the Green New Deal. 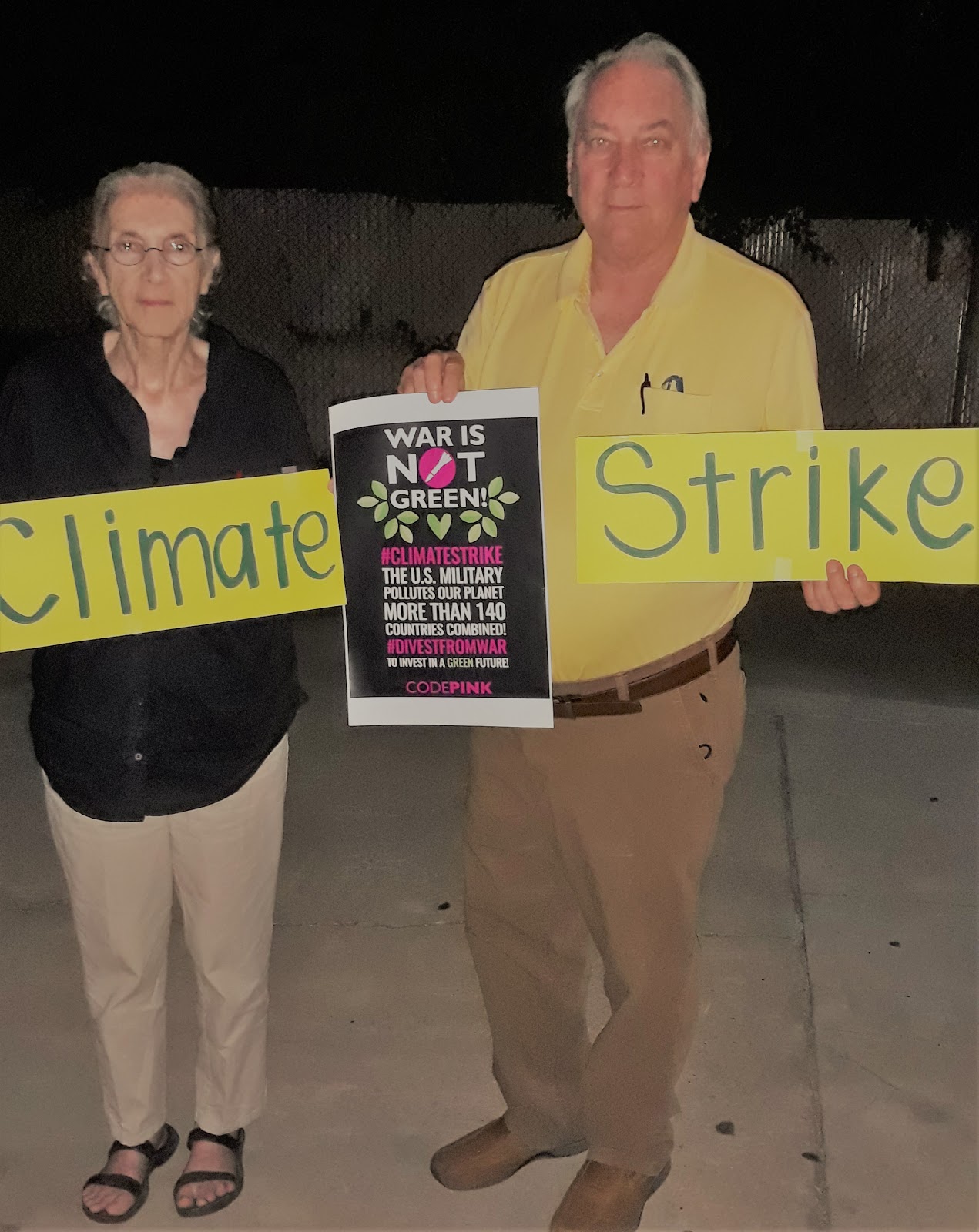 In San Pedro, California, CODEPINK members stood in solidarity with young people leading the movement in a town that’s well-known for its connection to the military industrial complex.

In Kansas City, CODEPINK members tabled and talked to local environmental activists about ways the peace movement and the evironmental movement can work together.